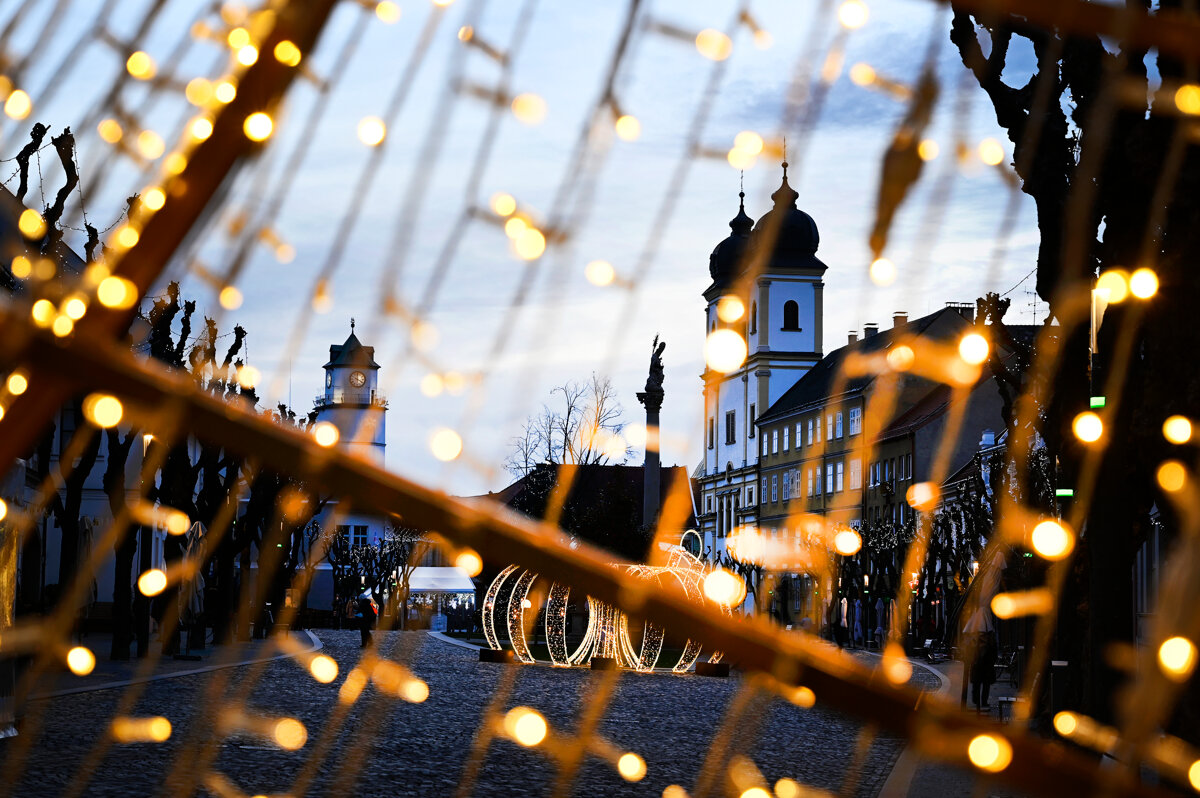 Make yourself comfortable and explore what has happened in Slovakia over the past few days.

A winter rendezvous with animals or a swim in Orava. A made-up story about the famous Danish author is also included in the roundup. First up, here’s a message from the Christmas post office.


One of three new murals recently appeared in the town of PreÅ¡ov. (Source: PKO PreÅ¡ov)

It is time again to share stories and secret wishes with JeÅ¾iÅ¡ko (Baby Jesus) before Christmas so that he can make them come true.

He has been receiving letters from children for several months. The first letters came from Slovakia and as far away as China and Hong Kong.

Children have until December 17 to write a letter or postcard. They can even attach a drawing to the letter and send it stamped to the only Christmas post office in Slovakia located in the village of RajeckÃ¡ LesnÃ¡, not far from Å½ilina. Besides their own address, they should also know JeÅ¾iÅ¡ko’s address: JeÅ¾iÅ¡ko 999 99. The postcard can be sent in line too much.

Plus, every separate paper design sent to JeÅ¾iÅ¡ko has a chance to appear on next year’s children’s Christmas stamps.

Last year JeÅ¾iÅ¡ko received 93,208 letters. No less than 1,417 of them were sent from 41 countries, including Mexico and Japan. Rest assured that you can write a letter in Slovak, English or even Braille. And if you find yourself in RajeckÃ¡ LesnÃ¡, go to the post office. 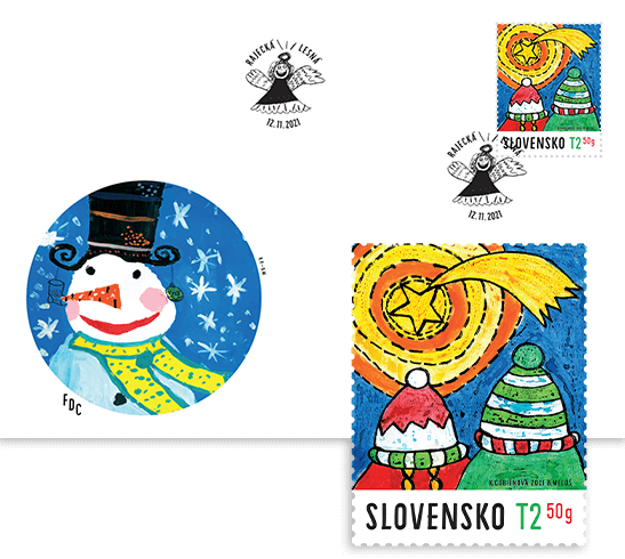 Pictures drawn by some of the children who sent letters to JeÅ¾iÅ¡ko last year. The design of the images was carried out by graphic designer Boris MeluÅ¡. (Source: Vianocnaposta.sk)

You can learn more about the Rajec region in our travel podcast episode released this summer.

Wine: Pezinok is the town where Slovak President Zuzana ÄŒaputovÃ¡ comes from, but it is best known as a wine center. Explore the city.

New gallery in a church

The attic of the Church of St. Egidius in Poprad has been transformed into a small gallery.

Twelve unique photos show visitors the church’s original equipment and what Poprad looked like in the 19th century, including the second oldest depiction of Poprad Square from 1886.

A new gallery in the attic of a local church in Poprad. (Source: TASR / AdriÃ¡na HudecovÃ¡)

“In addition, the gallery contains the only known photograph of the original Baroque statue of St. Aegidius, which once stood on the south side of the church,” said Rastislav OvÅ¡onka, who organized the opening of the gallery, in the TASR news wire.

During the creation of the gallery, nearly four tons of unnecessary materials were removed from the attic, and old metal doors were also found there.

Other developments this week:

During their migration to Eastern Europe at the end of the Middle Ages, Ashkenazi Jews also settled in the territory of present-day Slovakia in the hope of a better future. The legacy of their colorful culture, reflected in all levels of art, is now told through a new disc titled Jewish songs.

Traditional Jewish songs have been recorded by the ZOE Chamber Orchestra and singer Juraj AdamuÅ¡Äin. The New album consists of twelve compositions adapted for a string orchestra by the Slovak composers AdriÃ¡n Harvan, Gregor RegeÅ¡ and Peter Zagar. 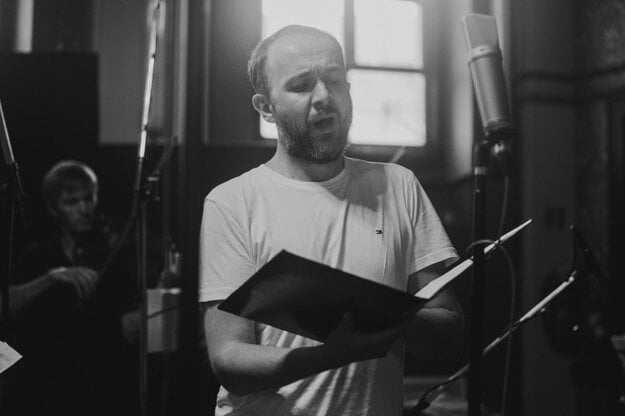 The album, for example, features four interludes by Swiss-American composer Ernest Bloch that were written in the 1920s. The songs Hinter Den Vigale and Bin Ikh Mir Shoyn Empty survived thanks to Oto Å imko, who sang and played them on the piano in AdamuÅ¡Äin. He learned them in 1943 in a labor camp in Vyhne, central Slovakia, from a Polish teacher.

â€œThe songs are very sensitive. It often happens that people shed a tear when they listen to them, even if they don’t fully understand what the lyrics are about in particular, â€said AdamuÅ¡Äin. Hudba.sk.

Festival: The popular Grape summer music festival will move from PieÅ¡Å¥any to TrenÄÃ­n Airport, where the biggest Pohoda music festival is also held, for two years. Later, the event is expected to take place outside of Trnava.

People have been led to believe that Hans Christian Andersen found a girl selling matches in Bratislava prompting him to write a tale about her. The made-up story has circulated in the media to this day. 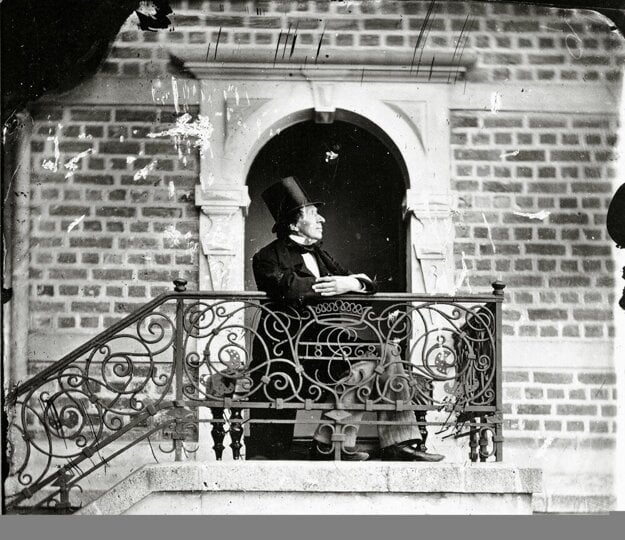 Andersen grew up in poor conditions and the social dimension of his authentic tales is inescapable. (Source: Royal Danish Library in Copenhagen)

Andersen didn’t see much of Bratislava during his two-hour stop in the city, let alone the Match Girl. The Danish writer was the object of a fabulation around the world. In his native Denmark, the myth that he was the son of a Danish king spread.

The biggest problem is that the translations of Andersen’s stories, in Slovakia and elsewhere, were made very freely and, as a result, the style and tone of his fairy tales were changed. The cheap Disneyfication of his work is also a problem.

“Because her tales have become so popular with people, everyone thinks they can do whatever they want with them,” said assistant professor of Nordic studies Helena BÅ™ezinovÃ¡.

MORE LOCK READS FOR YOU

It’s all for now. Stay healthy, stay safe. Have a good week-end! – Rock

Do you have any advice? You can reach Peter at [email protected]