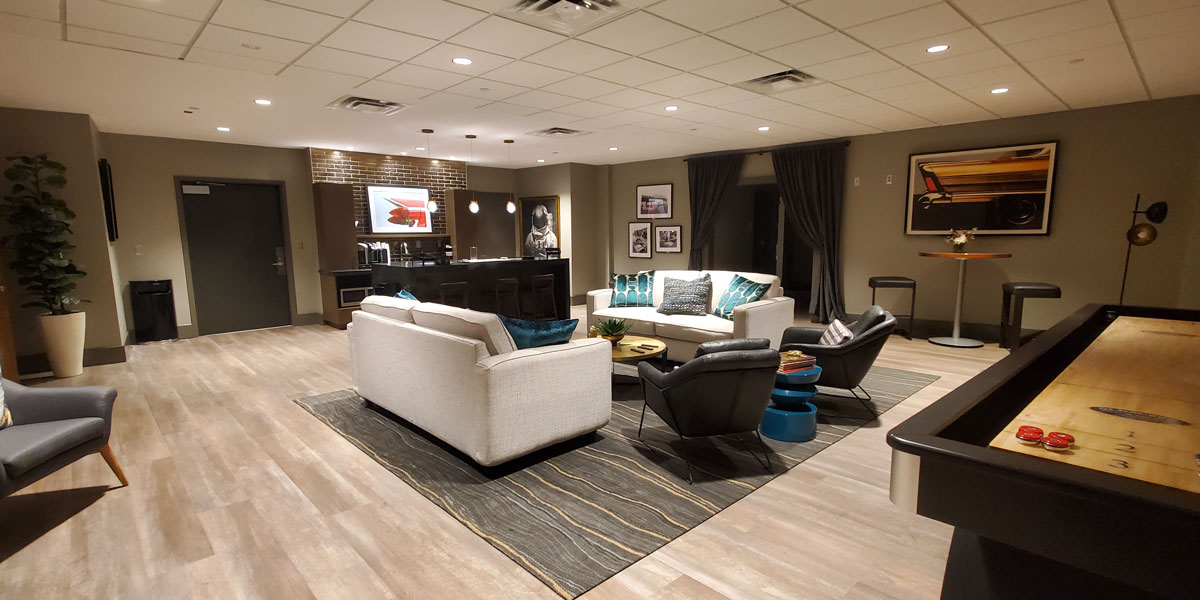 Some of the greatest artists in musical history walked the halls of the Von Braun Center in downtown Huntsville. This venue has served as the venue for most of Huntsville’s major events since the doors opened in 1975.

The VBC offers multiple venues for presenting cultural, educational, entertainment, convention, sporting and social events. Although the facility has undergone numerous expansions and renovations, the backstage of the arena has changed little since it opened nearly half a century ago.

That changed with the $ 4 million expansion that began in December 2020 and recently completed. The original space included a cloakroom which was often subdivided into two spaces, as well as several smaller changing rooms.

“The intention of the project was not only to bring our backstage up to current sports and entertainment standards, but also to exceed the expectations that touring teams and stars have come to expect,” said the executive director of VBC, Steve Maples. “We wanted to give them a ‘Wow’ moment when they walk into our facility, give them a reason not to stay on their bus, and ultimately leave a lasting impression. “

The Von Braun Center has hosted thousands of events in Huntsville across the arena including top performers like Elton John, Jackson Five, Jimmy Buffet, Prince, The Eagles, Aerosmith, Johnny Cash, Dolly Parton, Charlie Pride and Alabama, in an abbreviated list.

VBC officials point out that the place hosts more than musical events. Huntsville’s Southern Professional Hockey League – the Huntsville Havoc – has made its home at the VBC Propst Arena.

New additions behind the scenes of the arena will make it easier to host future sporting events and large-scale events with more space and accessibility for all artists, teams and participants.

According to VBC’s director of marketing and public relations, Samantha Nielsen, the result of the year-long project leaves behind the scenes of the arena with celebrity locker rooms and lounges that resemble a 5-star hotel. Amid the fresh paint and lavish furnishings, artists and crews will appreciate the handpicked works of art hanging on the walls, she said.

“More than just providing our guests with a fantastic space, they can relax and enjoy their time. We have taken great care to carefully select each of the artistic elements and special little details that welcome each individual to Huntsville, ”said Nielsen. “For example, each of the new rooms aligns with the space theme that prevails throughout the city of Rocket. “

The star’s main lounge is called the “Galaxy Lounge”. Other space-centric spaces include “Mission Control” (the production office) and “Launchpad” (the training room). Each of the locker rooms is identified by the name of a planet, according to Nielsen.

As performers, athletes, and crews walk the main hallway along the length of the extension, they will come across panels of enlarged photographs highlighting past events in the arena. In the opposite direction to the celebrity lounges and dressing rooms, vibrant large-scale photographs by famous talented local photographer, Dennis Keim, capture a creative glimpse into the beauty of music – like its vividly colored close-up of eight guitars, or his detailed black and white photograph of the hands of a man playing a Les Paul.

Once inside the Galaxy Lounge, one of the most defining moments in VBC history is presented. Photographs of Elvis found in the Huntsville Times archives illustrate his time at the VBCC in 1975 when he performed five consecutive sold-out shows, then again in 1976 with two more sold-out shows. The photographs include a magnified performance capturing the moment he threw his scarf into the crowd; the outside marquee showing ELVIS – SOLD OUT; and excited spectators lined up in front of the building waiting to enter for the shows.

To the side, in a bank of four boxes, framed photographs with the artist’s name and the date the photo was taken at the VBC further illustrate the story of past stars who performed in the building

Step into the private star-studded rooms – Lunar Lounge – and the reason for the city’s nickname becomes clear. Enlarged photographs by Dennis Keim highlight the Saturn V rocket at Space and Rocket Center in the United States, accompanied by a large oil painting of an astronaut.

As performers leave the spacious and luxurious quarters to take the stage, the last works of art seen are a large 28ft by 7ft photograph divided into three panels depicting the Saturn V rocket at night with traffic lights opening the door. way to the audience.

Next to it is a hand-painted mural by local artist Brandon Stoll. The painting gives
the viewer the prospect of standing on the surface of Mars looking at a directional sign showing the names of the halls behind the scenes.

If there was one takeaway from investing behind the scenes of the arena, it was voiced by Steve Maples in reference to the celebrities appearing on the VBC. The idea was to create an impression on visitors to Huntsville; a “Wow Moment”.

Ray Garner is a contributing writer for Yellowhammer News.