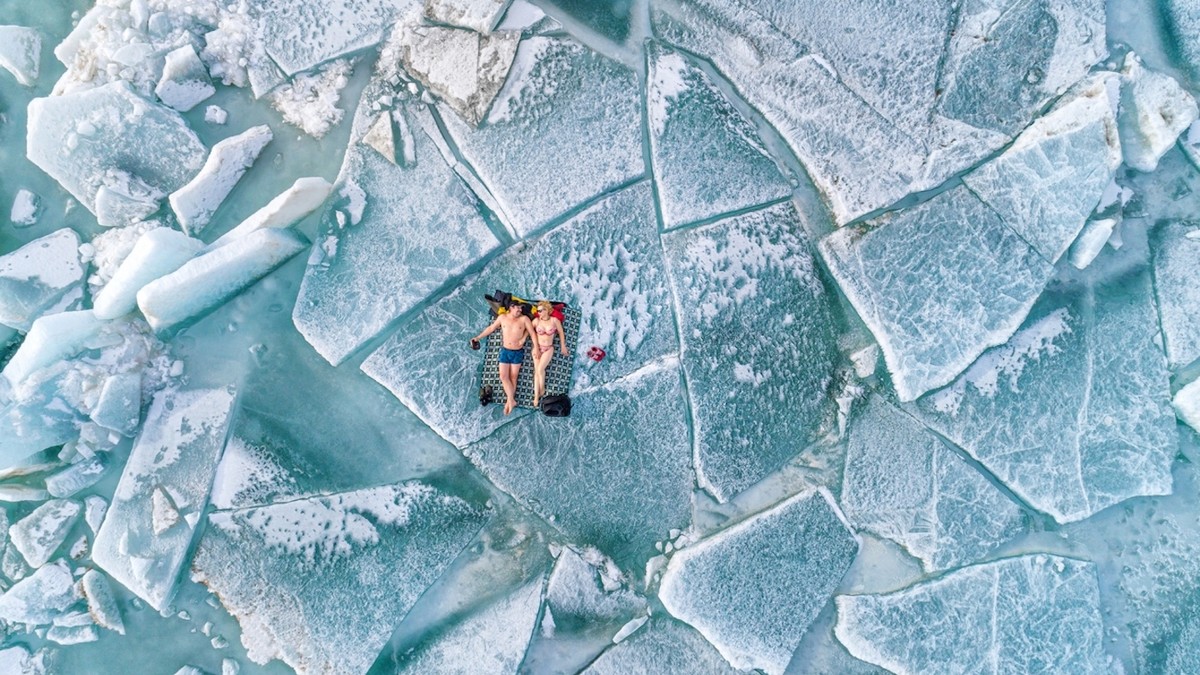 If in doubt, zoom out. At least that’s what we tend to say to ourselves when we are at a dead end: take a step back, take a look at the big picture and put our problems in a perspective that allows us to understand. how much bigger they could be in our head than in reality.

It is with this energy that a competition dedicated to aerial shots seems to be charged.

An emanation of the Siena Day of visual arts organized in Italy, the Drone Photography Award takes a bird’s eye view of our planet that can look totally different when viewed from above.

The annual awards invite thousands of photographers around the world to use tools, including helicopters, unmanned aerial vehicles, balloons, airships, rockets, kites and parachutes, to achieve aerial images that can shock, stun and inspire. The result is a handful of breathtaking photos that are larger than life. This year’s winning photos, chosen from over 14,000 entries, will be exhibited at an exhibition called â€œAbove Us Onlyâ€ in Italy from October 23 to December 5.

This year’s big winner is a photo of a flock of thousands of short-billed geese hovering over snowy ground, a frozen moment in time by Norwegian photographer Terje Kolaas. This photo topped the thousands of submissions from 104 countries, according to festival curators.

Divided into categories like urban, abstract, sports, wildlife and people, other winners include an ancient monastery in Russia surrounded by a power plant, an aerial view of a green turtle returning to the sea after spawning, a rainbow – startling sky appearing above a surfer on a terrifying wave and a couple in swimsuits relaxing on an iceberg.

The macro lens with which these images were clicked often inspires striking interpretations, such as a photograph of a sheep congregation getting an odd edge, or a collection of greenery in the shape of a poodle.

By taking us to a high point of view, the view from above teaches us the importance of perspective. In addition, it makes for extraordinary photographs.