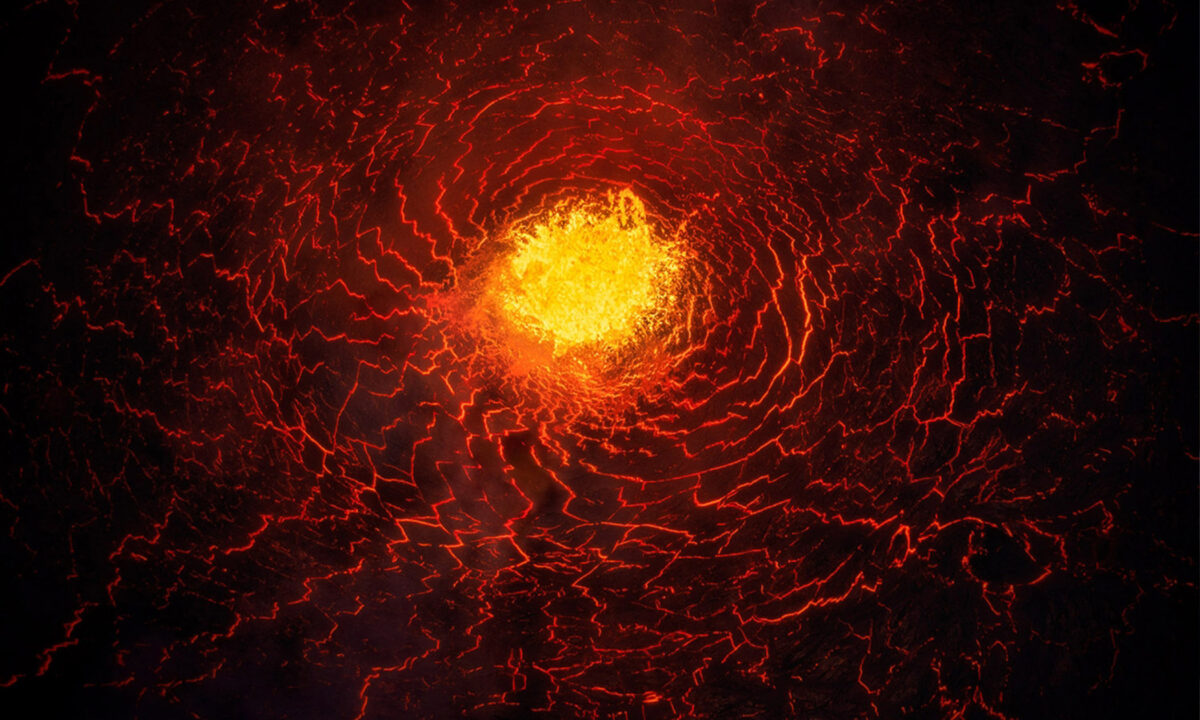 From a safe distance, French drone photographer Armand Sarlangue arranges a rendezvous with an explosive volcanic fissure located several hundred meters from the main crater of the Fagradalsfjall volcano in Iceland, also known as the “Land of Ice and Fire”. .

Presenting this scorching spectacle at the Sienna Awards in Italy, Sarlangue won first prize at the 2022 Drone Photo Awards – the “most important international competition in aerial photography” – and was named the competition’s Photographer of the Year. A jury selected the winning shot from submissions from 2,624 entrants from 116 different countries. The winners of the competition’s nine distinct categories, in addition to the top prize, were recently announced.

A sea of ​​uniform rows of turquoise shingles stretches as far as the eye can see over the sought-after Kartoffelraekkerne district of Copenhagen, Denmark, becoming surreal in an aerial city photographed by Ukrainian photographer Serhiy Vovk, who won first prize in the category Urban.

A lone boatman naps serenely in one of the countless rickety little rafts tied down along the Buriganga River in Dhaka, Bengal, testifying to a primitively simple way of life, far from the hustle and bustle of modern megalopolises like New York or Los Angeles. This photo won the People category award.

Iranian photographer Mehdi Mohebipor won the Wildlife category for a shot of a flamboyance of flamingos filling the frame with their quiet avian friendliness, basking in warm light.

Winner of the Sports category, Polish photographer Daniel Koszela captured an aerial view of the participants of the Bieg Piastów ski event in Poland in a new vertical and direct winter composition.

Other winners include an encounter between barren desert sand dunes and the South Atlantic Ocean captured by Swiss nature category winner David Rouge; an aerial view of salt workers drying their wares in the sun in Habra, India, taken by Indian photographer Saurabh Sirohiya, winner of the Abstract category; a pair of polar bears exploring an abandoned Soviet Arctic weather station, captured by Russian Dimitri Kokh, who won first prize in the Storyboard category. The list continues.

These and several other winners will be showcased at the Above Us Only Sky exhibition during the Siena Awards, which will run from October 1 to November 20 and will include eight photographic exhibitions in the rustic town of Siena, in northern Italy. .

Share your stories with us at [email protected], and keep getting your daily dose of inspiration by signing up to the Inspired newsletter at TheEpochTimes.com/newsletter

4 Little-Known Benefits of a VA Loan