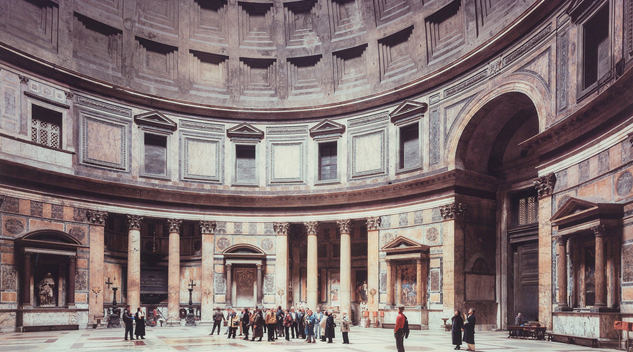 DALLAS — Thomas Struth’s dye coupler print of “Pantheon, Rome” drew a winning bid of $375,000 to lead the Heritage Photographs auction on October 11, contributing nearly a third of the total of $985,908 from the sale. Executed in 1990 and printed in 1993, ‘Pantheon’ is the largest in Struth’s now complete series of ‘Museum Photographs’, a project which occupied him for more than 15 years. As with his mentors, Bernd and Hilla Becher, architecture is a central theme in Struth’s photographs. Widely exhibited, his “Museum Photographs” series captures tourists looking at iconic works of art around the world. Struth described “the potential of including a marriage of a contemporary moment with a historical moment on a photographic level”. It conveys to the viewer the feeling of being immersed in the cavernous interior of the Pantheon. This remarkable photograph functions on many levels, as a comparison of large-scale photography and massive architectural paintings of the past, the power of historic sites in modern culture, and as a critical commentary on global tourism. Listed price with buyer’s premium as quoted by the auction house. For more information, 214-528-3500 or www.ha.com.

Infinite Banking: what is it and how does it work?

The Secret Double Life of a Civil Rights Photographer