Unmanned aircraft systems, or “drones,” can pose safety and security risks to critical US sites and can be used for smuggling or other criminal activities. With more than 2 million drones expected in the United States by 2024, these risks are expected to increase. Detection and mitigation technologies could counter these risks, but could face problems with effectiveness and unintended impacts.

What is that? Unmanned Aircraft Systems (UAS), or “drones,” have a variety of uses, such as photography, package delivery, and crop monitoring. However, UAS can also pose significant safety and security risks if they enter the airspace around critical US sites without authorization or are used for illegal activities. To reduce these risks, anti-UAS technology can detect these unauthorized or dangerous UAS and, if necessary, block, capture or disable them.

Several UAS incidents have been reported in the United States. For example, in January 2019, Newark Liberty International Airport halted all landings and diverted planes for over an hour after a potential UAS sighting nearby. Additionally, smugglers have used UAS to deliver illegal drugs into the country (see Fig. 1).

Figure 1. Some of the risks posed by unmanned aircraft systems.

Reported incidents like these may increase as the use of UAS increases. The Federal Aviation Administration (FAA) has projected that by 2024, the commercial UAS fleet will grow to around 828,000, and the recreational fleet will number around 1.48 million.

At the national level, counter-UAS activities may be restricted or prohibited by existing federal laws such as the Aircraft Sabotage Act or the Computer Fraud and Abuse Act. However, four federal agencies – the Departments of Defense, Energy, Justice, and Homeland Security – have been authorized to deploy anti-UAS technologies under certain circumstances, such as to protect sensitive government facilities, including including national military bases and prisons, or to provide security at sports championships. 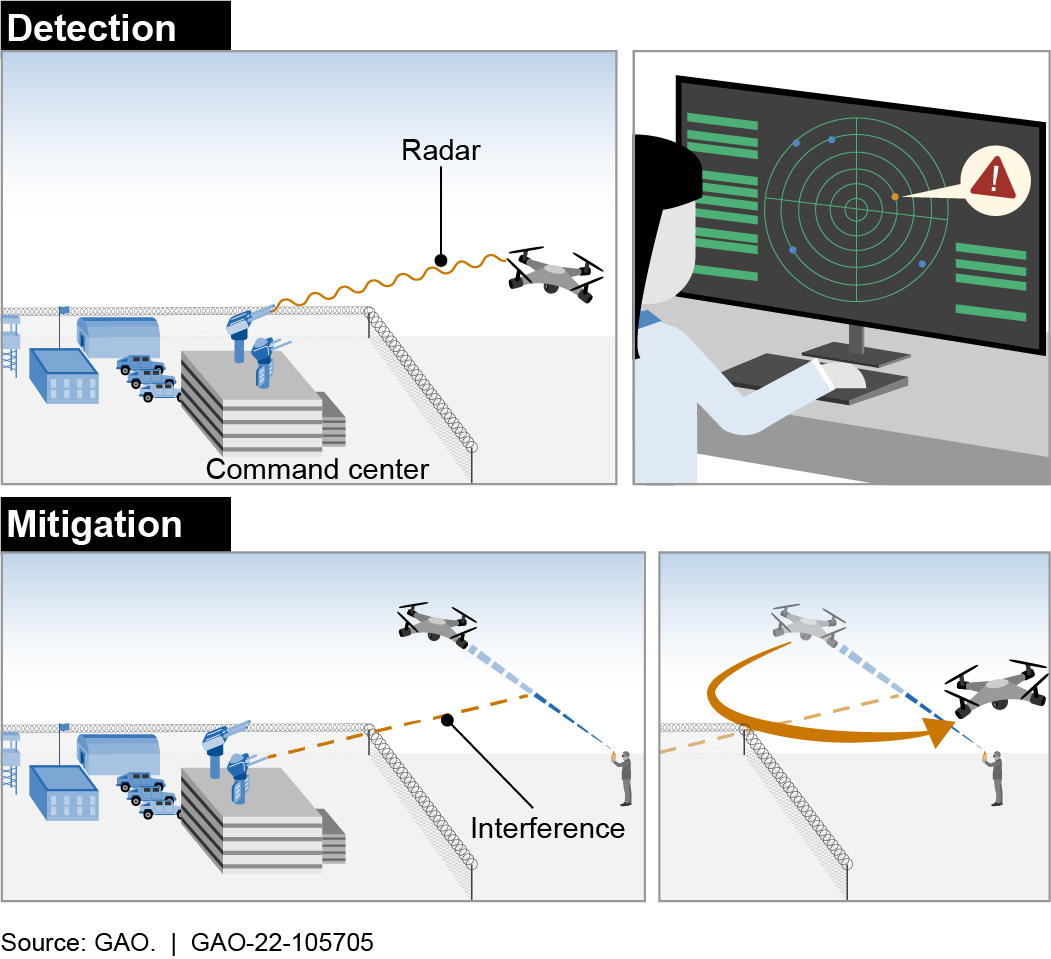 Figure 2. In this example, a critical site detects an unauthorized UAS nearby. An interfering signal scrambles the connection between the UAS and its operator to redirect the UAS away from the site.

Mitigation technologies can repel or intercept an unauthorized UAS. For example, interfering signals may jam or break the communication connection between the UAS and its operator, which may trigger the UAS to land or return to its operator. According to the Bard College report, jamming is the most common mitigation technology. Other mitigation technologies may use net or kinetic force (such as lasers or projectiles) to disable or destroy the UAS. However, kinetic methods can be problematic because a falling or exploding UAS can cause unintended damage.

How mature is it? Although the Department of Defense has used anti-UAS technology overseas since at least 2014, domestic use has been limited. Over the past 4 years, authorized agencies have deployed certain anti-UAS technologies domestically. However, some of these technologies have a limited ability to detect and track small UAS (less than 55 pounds). Additionally, few are successful in jamming or disabling a UAS, and many who can are only effective at around 1,000 feet or less.

To address UAS risks, the FAA (which has been authorized to conduct limited testing activities) and authorized agencies continue to test, evaluate, and develop integrated counter-UAS platforms. The capabilities of these platforms are designed to respond to specific risk environments. For example, a powerful long-range signal jammer can be effective in mitigating UAS in rural areas, such as near some national military bases, but this same technology could also disrupt legitimate, life-saving communications if used in a city ​​or near an airport.

UAS technology continues to advance and become more accessible to the public. For example, UAS have become smaller and more maneuverable, making detection and mitigation more difficult. To remain effective, anti-UAS technology will need to adapt to these changes.

With the increased use of UAS and, at the same time, the increased demand for anti-UAS technologies, the key questions for policy makers are: