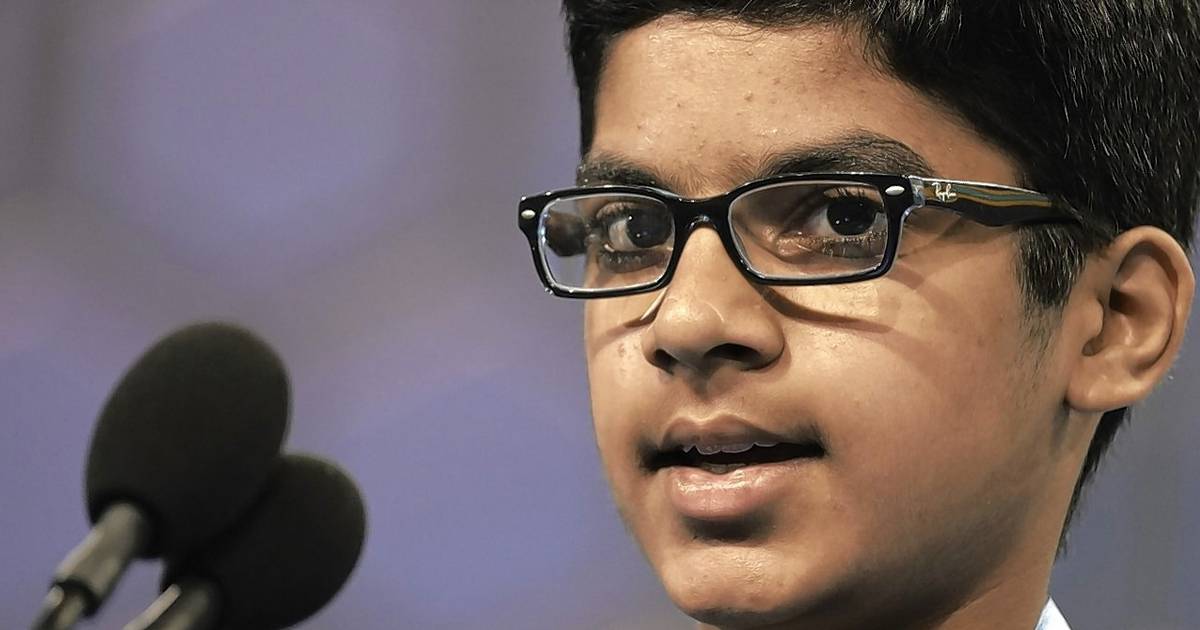 Grayslake Spelling Sahasrad Sathish was among 13 finalists who competed in the Scripps National Spelling Bee final on Thursday.

Just minutes into the eighth round, Sahasrad, or “Speller No. 1,” was knocked out after he was unable to spell “cypsela” correctly. He finished tied for 9th out of 234 spells.

Hearing Chief Justice Mary Brooks ring the fateful bell signaling he had made a mistake was a huge disappointment for the avid 13-year-old reader. Brooks acknowledged that this was Sahasrad’s last year of eligibility to compete in the Bee and offered a few words of encouragement.

“I feel like you’re just designed to be successful everywhere. So get out there and do great things and know how very, very proud of you we are,” she said.

After leaving the stage, Sahasrad spoke with Bee host LeVar Burton about his experience during the competition.

“It was really great,” Sahasrad said. “I was introduced to a lot of new spellings and it was great socializing with them.”

Sahasrad’s parents were there to console him after the blow of the loss.

“We were expecting a lot. He was really upset,” his mother Vidhya Ramachandran said on Friday.

Still, it was a notable achievement for the Lake Forest Country Day School eighth-grader, as no other Illinois spellers made it to the finals.

In the previous seven rounds, Sahasrad correctly spelled giallolino, beekeeping, paleiform, robenhausian, and augean, and gave the correct meanings of the words kleptocrat and plebeian.

The Illinois State Board of Elections has launched a remotely accessible mail-in voting system for the June 28 primary election to allow voters who are blind, deafblind and others with disabilities to vote privately and independently.

These voters can securely receive and mark their ballots electronically at home instead of having to travel to vote at polling stations.

Blind and deafblind voters generally cannot read or mark ballots without the assistance of a sighted person. The new system will allow those voters to use their own screen reader technology, which expresses the digital content or displays it on a Braille device, to mark their ballots.

This system will also help voters who have hand disabilities that prevent them from marking ballots with pens.

The state’s 108 local election authorities must provide voters with disabilities with an accessible option to vote by mail beginning with the November general election, according to new state law.

The registration period for postal voting is now open. Voters who want to use the new system should contact their county clerk or other election authority.

Across the country, parades, workshops, celebrations, concerts and rallies for civil rights and in support of the LGBTQIA community are taking place to raise awareness throughout the month of June.

The Gail Borden Public Library in Elgin offers special programs and a ‘Celebrating the Rainbow in Photography and Art’ exhibit on the second floor of the Main Library to ‘educate, inform and enlighten’.

“(It’s) about education and engagement, but it’s also about celebrating each other,” spokeswoman Denise Raleigh said.

The work of four local artists — three from Elgin and one from South Elgin — is represented in the exhibit. For more information, visit gailborden.info/pride.

In previous years, the library has had smaller pride displays, but the idea for this year’s display came from a staff member and all departments of the library got involved, Raleigh said. .

A green screen area has been set up where people can have their picture taken with a Pride flag background and the images will be displayed on a monitor. Here are the library’s Pride Month educational programs for adults:

•Rainbow 101: An LGBTQIA+ Primer — Check out the LGBTQIA+ rainbow of gender expression, sexual orientation, and pride flags at 2 p.m. on June 12. To register, go to gailborden.info/register.

• Pride Movie Matinee — Screening of LGBTQIA+ genre films at 1:30 p.m. on June 19, followed by a discussion. Register at gailborden.info/register. 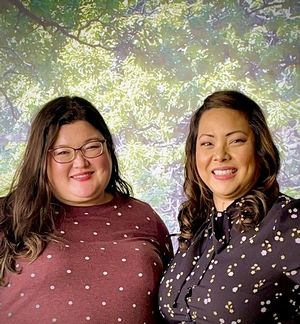 Estrada is working as a co-lead with Sophie Kenney to develop the Reaching Across Illinois System (RAILS) library worker group BIPOC (Black, Indigenous, people of color).

With over 70 members, the group’s goal is to foster connection, share resources and experiences in a safe, welcoming and open space for BIPOC library workers. Kenney founded the band in late 2020.

Together, the duo works to build community, support group members, and provide professional development and networking. The group is currently developing a mentoring program and a series of legal/labour/human resources webinars. It was recently presented at the Public Library Association conference.

Each year, the Islamic Society of North America awards several need-based scholarships to students for academic achievement, community development work, and other factors.

To be eligible, students must be: a U.S. citizen or permanent resident; enrolled in an accredited US college/university; and Muslim students actively engaged in the community.

To apply for the academic year beginning this fall, visit isna.awardspring.com.

The Chicago-based American Library Association and a coalition of more than 25 national groups are uniting to empower communities to fight censorship.

The association has launched a Unite Against Book Bans campaign aimed at raising awareness of the recent increase in book-related challenges in public libraries and schools.

The majority of book bans target racially and LGBTQ-themed titles.

ALA’s Office for Intellectual Freedom tracked 729 challenges to materials and services from libraries, schools, and universities, resulting in more than 1,597 challenges or removals of individual books in 2021. comes in the highest number of attempted book bans since the ALA began tracking it 30 years ago. from.

• Share stories, news and happenings from the Suburban Mosaic at [email protected]

Story behind an aerial view of SF’s Pink Triangle

The Father’s Day gift for photographers who shoot Sony