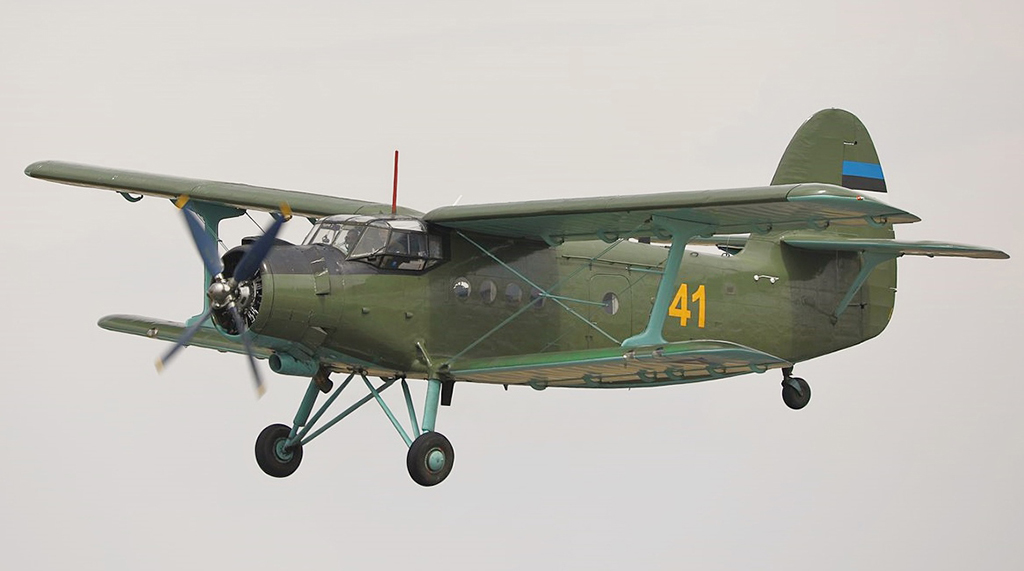 In a bizarre move that seems more at home in a Tom Clancy novel, Russia may be preparing to use antiquated Antonov An-2 biplanes, flying unmanned or as remote-controlled drones, in an effort to stretch the Ukrainian air defenses and establish an electronic system. “order of battle” for a push towards Kiev.

Satellite photos taken between February 28 and the past 24 hours show a large number of Antonov An-2 single-engine biplanes, NATO reporting name “Colt”, at Seshcha Air Base in Dubrovka, Russia. The base is located near the eastern Ukrainian border and was used as a Tu-16 strategic bomber base during the Cold War.

Intelligence analysis provided by Maxar, a private satellite imagery and intelligence think tank, in its March situation report stated that:

“Russia has deployed 42 An-2 “Colt” biplanes to Seshcha air base in western Russia. Defense blogger Dylan Malyasov noted in a February 2022 post that Russia had recently tested An-2 flying formations near the Ukrainian border The An-2s have likely been converted into drones and could be used as decoys to simulate helicopter or UAV formations to take advantage of Ukraine’s air defenses Malyasov notes that Azerbaijan used this strategy against Armenia with great success during the 2020 conflict over Nagorno-Karabakh Electronic warfare aircraft were also deployed in Seshcha, joining combat aircraft deployed at the mid February.

The report goes on to say that “additional fighter jets have been deployed to Shatalovo airbase in western Russia. [just north of Seshcha- ed]which shows a multiplication by 3 of the number since the beginning of February.

US Senator Marco Rubio also hinted at the possible conversion of An-2s into drones, citing the same figures included in the Maxar report.

The older, but still capable, Antonov An-2 biplane is well suited for this mission due to its large radar signature and low-speed flight characteristics combined with low cost (read: “expendable”). The An-2, as old as it is in terms of technology and appearance, is a cost-effective alternative to modern remotely piloted airframes like the recently tested Inokhodets-RU unmanned aerial vehicle in Russia or the older KRONSTADT ORION remotely piloted aircraft. -E.

In fact, it is not even clear how the An-2 drones would be operated by the Russians (provided the conversion was confirmed): for example, in the Nagorno-Karabakh theater, Azerbaijani biplanes were not really drones (i.e. remotely piloted), but purely unmanned, according to reports: the pilot took off normally, pointed the plane to Armenian positions, then locked the plane’s controls to the help of belts. After that, the pilot escaped by letting the unmanned aircraft fly directly towards the Armenian units, forcing the enemy troops to open fire, thus revealing their positions.

Anyway, it seems that, as the next round of this terrible war continues, a large number of unmanned biplanes more than three quarters of a century old could be used in the first round of an offensive on the Ukrainian capital.

Tom Demerly is a writer, journalist, photographer and columnist who has written articles published worldwide on TheAviationist.com, TACAIRNET.com, Outside magazine, Business Insider, We Are The Mighty, The Dearborn Press & Guide, National Interest, the Russian government media Sputnik and many other publications. Demerly studied journalism at Henry Ford College in Dearborn, Michigan. Tom Demerly served in an intelligence collection unit as a member of the United States Army and Michigan National Guard. His military experience includes graduating with honors from the US Army Infantry School at Ft. Benning, Georgia (Cycle C-6-1) and as a Scout Observer in a Reconnaissance Unit, “F” Company, 425th INF (RANGER/AIRBORNE), Long Range Surveillance Unit (LRSU). Demerly is an experienced skydiver, holds advanced scuba diving certifications, has climbed the highest mountains on three continents and visited all seven continents and has flown several types of light aircraft.

What is a credit loan and how does it work?