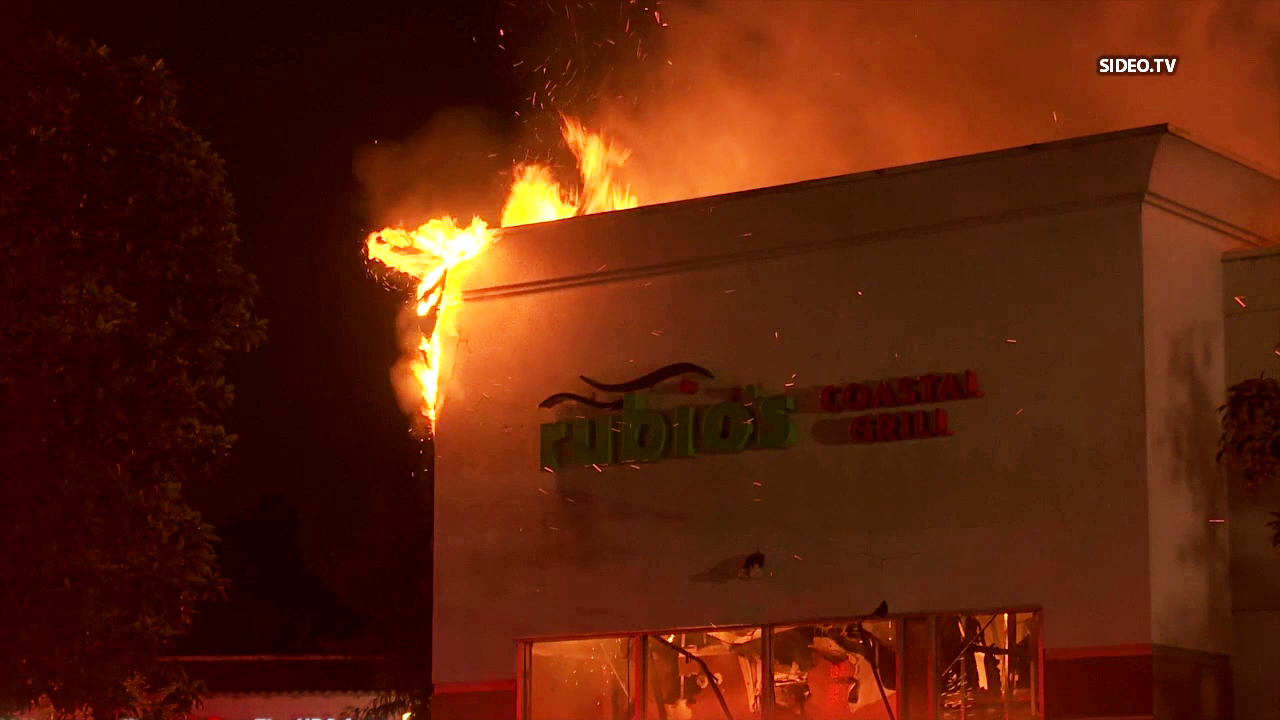 Restaurant burns down at night near College Boulevard

The fire occurred at the taco store, located at the corner of Oceanside and College Boulevard, around midnight, according to Oceanside Fire Department incident logs. Teams took several hours to bring the blaze under control, according to a freelance photographer from Sideo.tv, whose video showed leaping flames were still visible after 2 a.m.

San Diego wakes up to wet roads: when to expect the most rain on Thursday

Firefighters ran garden hoses across the street and crouched down, spraying water into the burning building through an open door and shattered window. Flames could also be seen on the roof of the building near the Rubio’s sign, and officials used the aerial ladder of a fire engine to spray water on the blaze.

The restaurant closes around 9 p.m. on weekdays, so it doesn’t appear that anyone was inside when the fire broke out, and no injuries were immediately reported.

The cause of the fire is under investigation.