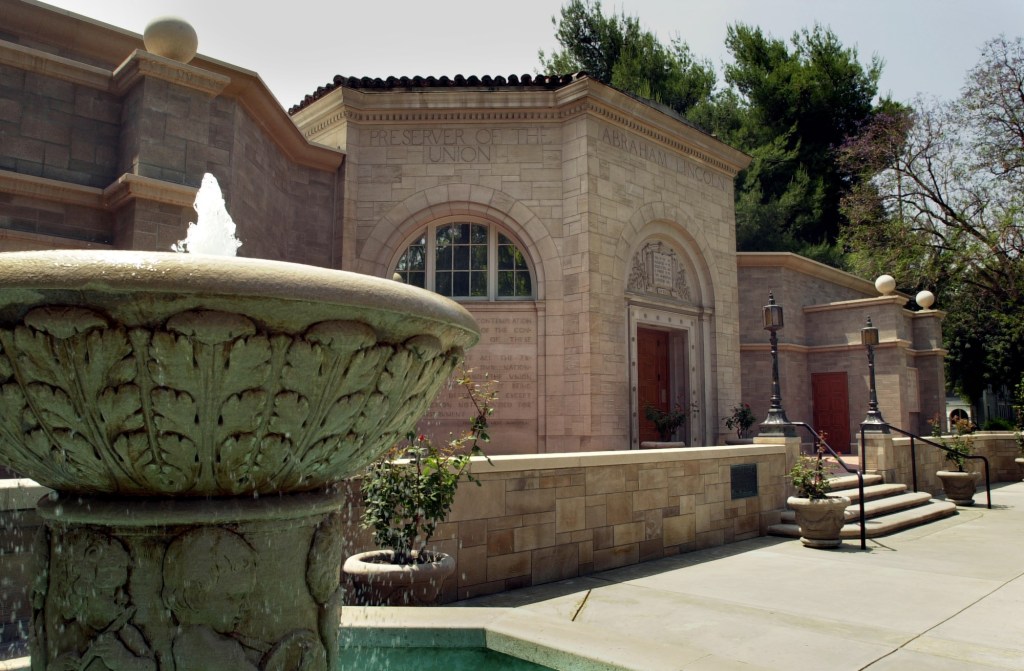 Photographers from the Redlands Camera Club will come together to practice their skills photographing the Lincoln Memorial Shrine, the AK Smiley Public Library and the Redlands Bowl beginning at 7 p.m. on Monday, May 2.

The program is open to the public and experienced photographers will be on hand to assist you. Those who stay until after sunset will be able to practice longer exposures as the light fades.

The group will meet in front of the Lincoln Shrine, behind the AK Smiley Public Library, 125 W. Vine St., Redlands.

Lincoln Shrine, Library, and Redlands Bowl, across Eureka Street from the Library and Shrine, are Redlands landmarks.

The library, built in 1898 and added to the National Register of Historic Places in 1976, is the gift of the Redlands’ first benefactor, Albert K. Smiley. Its mix of architectural styles makes it a photographer’s delight, according to a press release from the Redlands Camera Club.

The Lincoln Memorial Shrine was donated to Redlands in 1932. The original octagonal building was enlarged with wings extending to each side. The exterior facade contains quotes from some of President Abraham Lincoln’s speeches, and a working replica cannon was dedicated to the shrine in August 2021.

Redlands Camera Club offers programs, workshops, outings and competitions, open to the public, to hone photography skills. Novices and professionals meet on the first and third Monday of each month.

2 reasons not to cancel your old credit cards