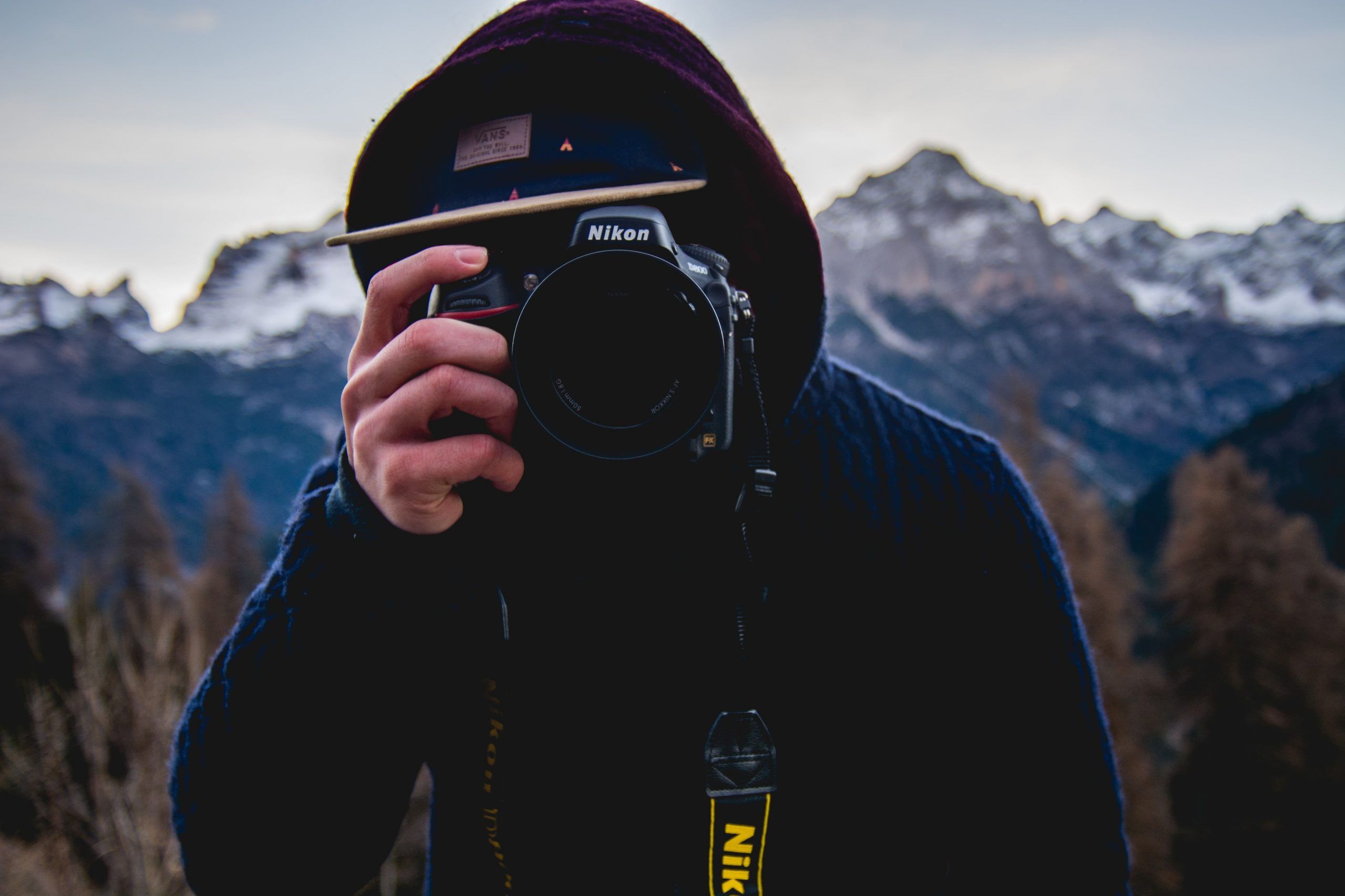 As the saying goes, a picture is worth a thousand words.

The striking visual appeal, the ability to capture something as it happens, capture the moment and let the whole world see what you just witnessed, is what gives photographs their true value. Some popular Asian photographers are into this craft and it shows in their Instagram feed.

Whether capturing the harrowing moments of war or documenting pristine places on travels, photographers freeze these scenes in time and preserve them as they are. To hold a slice of that bygone era – which will probably never happen again – and turn it into a frame is what makes a photographer’s job so difficult but rewarding. When language becomes a barrier and words fail, these images easily tell a whole story.

Remember the heartbreaking image of two-year-old Alan Kurdi – whose lifeless body washed up on Turkish shores in 2015 – that shook the world? Behind the lens was photographer Nilüfer Demir whose click caused an unparalleled global impact. Or take for example Raghu Rai’s monochrome stills depicting everyday moments of colorful lives and laughter. The styles of the two photographers may be completely different, but their impact remains unchanged.

Let’s take a look at some of the best and most popular Asian photographers, who show how the masters do it through their mesmerizing and beautiful Instagram feeds illustrating everything from beaches and mountains to geopolitical issues.

Here are 7 popular Asian photographers to check out on Instagram

One of India’s best-known photographers and photojournalists, Raghu Rai is best known for his monochrome photographs of the country and its people. His lenses crossed the subcontinent far and wide and recounted many scenes and curiosities. A journey spanning over four decades and counting, Raghu Rai is one of the very few Asian names on the prestigious list of photo agency – Magnum Photos.

Guided by renowned French photographer Henri Cartier-Bresson, Rai’s images of the Sadhus of Kumbh Mela, stunning candid photographs of Indira Gandhi, director Satyajit Ray, Mother Teresa, the Dalai Lama and others continue to fascinate viewers. viewers who see India’s changing landscape through his lens. He has also written a number of books which describe his journey as Refugees in India, Hussain Doshi Gufa, Outside The Margin and others.

With over 96,000 followers, check out Raghu Rai’s Instagram here.

A sought-after name among popular photographers in Asia, Daidō Moriyama is an illustrious figure in street photography. Having made a name for himself in candid photography, his images evoke a myriad of emotions. He is best known for his black and white photos which reflect the very essence of Shinjuku in Japan.

After joining the group of eminent photographers VIVO in 1961 at a time when the group was on the verge of disbanding. Moriyama then assisted the famous Japanese photographer Eikoh Hosoe. It became a major milestone for the then young photographer who went on to win the prestigious New Artist Award from the Japan Photo Critics Association in 1967. This was followed by “Pantomime”, a group exhibition with Shin Yanagisawa l ‘Next year. He was also awarded the Hasselblad Prize in 2019. Besides solo exhibitions in Asia and around the world, Moriyama has a number of publications like KURA chan, PLASTIC LOVE, Tokyo by Moriyama Daido and others.

With over 20,700 followers, check out Daidō Moriyama’s Instagram here.

Working as a freelance photographer based in Hong Kong, Harimao Lee’s Instagram feed is dominated by street and mostly architectural photography. Stunning visuals of snow-capped pagodas, lush greenery surrounding these serene structures, forts in India, Arab buildings in Doha, skyscrapers in New York and apartments in Hong Kong are the muse of this young photographer. According to him, planning and research are key to capturing the perfect shot of a popular and changing skyline of bustling cities like New York and Hong Kong.

Talk with Creative culture, Lee said, “Planning and research are key to getting the perfect shot. I can spend hours getting lost in Google Maps, browsing Street View, browsing YouTube, and researching Instagram. Anything I can use to help me familiarize myself with the location.

This young photographer also has a few non-fungible tokens (NFTs) in his collection. Some of his iconic aerial and urban photography have been given the NFT touch and are listed on OpenSea.

With over 404,000 followers, check out Harimao Lee’s Instagram here.

Rinko Kawauchi is considered one of the few successful and famous Asian female photographers. She is best known for her poetic compositions and serene photographs that depict ordinary moments of daily life and people. This Tokyo-based contemporary artist is also well known for her soft color tones, lucid imagery, and carefully edited photo book.

After a period of freelance work, Kawauchi has released three photo books of her personal work titled Utatane, Hanabiand hanoko. They made her hugely popular overnight and she released more photobooks. She has also held exhibitions in different parts of the world, including the Fondation Cartier in Paris, the Photographers’ Gallery in London, the Museo de Arte Moderna in São Paulo and the White Cube in Kyoto, among others.

Kawauchi has received a series of awards and accolades, including the 27th Kimura Ihei Photography Prize, the Infinity Prize awarded to the International Center of Photography, and an Honorary Fellowship from the Royal Photographic Society.

With over 83,100 followers, check out Rinko Kawauchi’s Instagram here.

One of the pioneering Asian photographers, Shahidul Alam is a household name not only in the world of photography in Bangladesh, but everywhere. Shahidul Alam is also a social activist who champions the cause of rights and democracy. He is best known for being the founder of the Drik Picture Agency, the country’s first photo agency and Chobi Melaone of Asia’s leading photography festivals.

A glance at Shahidul’s Instagram feed and website means an instant trip back to days gone by of Bangladesh’s struggle for democracy, its back streets, colorful festivals and a date with everyday life and people . Commenting on his works, Raghu Rai once said, “In India, we have many more photographers, some of them very good, and there are many art and especially photography galleries. In addition to reputable newspapers and magazines, there is a lot going on on many levels. But we have no Shahidul Alam, who can combine them into a cohesive social and creative force.

With over 56,600 followers, check out Shahidul Alam’s Instagram here.

RK is a Tokyo-based photographer best known for capturing the city’s myriad moods – its people, structures, and nightlife. This photographer is also an active graphic designer and DJ. In 2013, he started with just an iPhone and became an exclusive iPhone photographer for the Athletics Far East Tokyo or AFE TOKYO racing team. In 2018, he went freelance and since then he has captured the different faces not only of Japan, but also of China, Hong Kong and Europe. He quickly switched to a single-lens reflex camera and captured a number of amazing photographs, including his “Grandfather in Akihabara” and “Taipei Bridge Bike”.

RK has also collaborated with many celebrities like Takashi Murakami, KAWS, Tyga and others. His photographs have been featured not only in Japan but across the world in several exhibitions and media coverage. RK has also transformed some of its images into NFTs listed on OpenSea.

This travel photographer is inspired by the pristine places of Japan. Other cities in this part of the world as well as in Europe have found new dimensions and angles through his lens. Having collaborated with BMW in Germany, The North Face, Apple and Paul Smith, Yamaguchi is one of Asia’s most prominent photographers.

According to him, Instagram and other social media platforms have a lot of potential to help build community and connect people to create new ideas. The 2013 TEDx speaker also runs Tokyo’s largest Instagram community page, “DiscoverTokyo.”

With over 319,000 followers, check out Kohki Yamaguchi’s Instagram here.

A young traveller, influencer and photographer from Singapore, Dotz Soh is one of the most followed personalities in the country with over a million followers. After graduating in interior design in London, Soh’s work is creative and expresses “hopes and dreams and the beautiful side of the world”.

Inspired by other renowned photographers, Soh’s Instagram is a beautiful compilation of his travels around the world. She has been invited by tourist offices, luxury hotels, resorts and brands to present them and their properties. His well-edited photographs are nothing short of wallpaper and postcard worthy.

With over 1.1 million followers, check out Dotz Soh’s Instagram here.

How Newfoundland and Labrador Canada is building an incredible creative community

Colorization of B&W photos from yesterday to today, from oils to neural filters