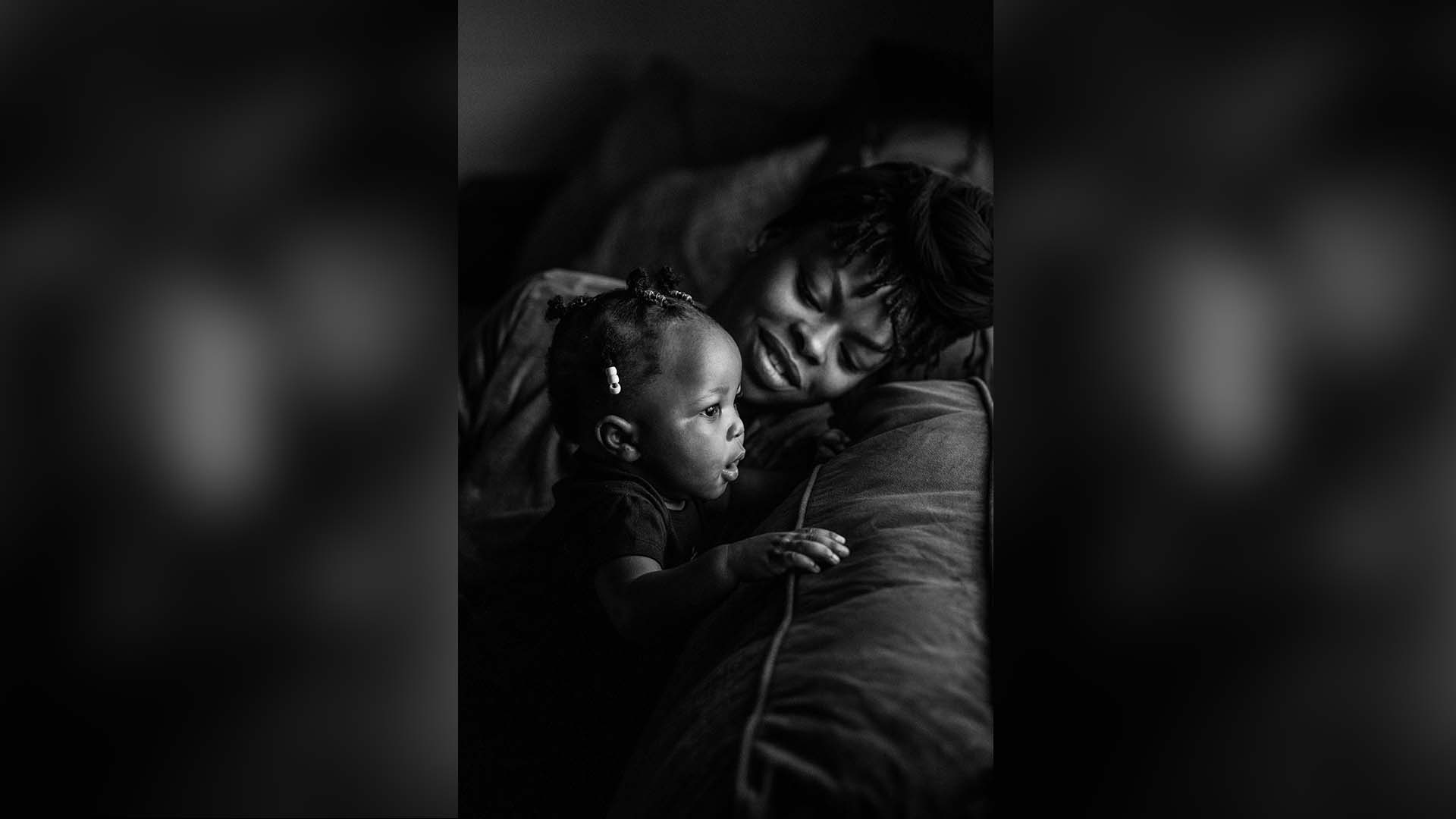 It only takes a few minutes to process a roll of black and white film in a darkroom. But a decade must have passed before Daydriliane Osorio could process the death of his sister, Rhoda Graham – enough distance to focus his art on the illness that claimed Rhoda’s life at the age of 20.

“It took me 10 years to come up with this project,” the 39-year-old artist says of his photography collection, “Conquering SCD: Portraits of people living with SCD», dedicated to sickle cell disease. Mainly affecting black people, the blood disease killed his sister in 2008.

“I hope my art can bring exposure through these 10 works,” Osorio says, referring to subjects that appear in her Rhoda Graham Sickle Cell project, which she continues to work on at her Greer studio, Dream Land Photography.

Osorio was born and raised in Kingston, Jamaica. The distinctive rhythm of the Caribbean island comes through in her voice – at least, when she doesn’t stop for a good, long laugh, which she does especially when talking about her art.

“I get a high from it,” she says. “I love people and I love the immediacy of being able to capture those nuances and particularities of people and their hearts that I can’t get with a painting or really do with words.”

She attributes her artistic inclination to her aunt, Millicent Graham, who took her teenage niece to poetry readings and workshops in the Jamaican capital. Osorio soon finds himself in the company of Wayne Brownthe award-winning Trinidadian poet and writer who has previously edited the works of Nobel Prize-winning poet and playwright Derek Wolcott.

A reflection on Black History Month

“I am proud to be black and I think the opportunity as an artist to represent other people, black or not, is an honor. But, also, my perspective of photographing others, I find stimulating, not only for myself, but for others. — Daydrielane Osorio

After graduating from high school at age 16, Osorio began working in downtown Kingston at Chuck’s Photo Studio, which his father owned at the time. (His parents, Norman and Pamela Graham, now live in Taylors.)

She is as passionate about photography as she is about watching prints emerge in their chemical baths: “I learned in the darkroom and I just fell in love in the darkroom. It’s just magical, it’s just special to create something and see it come to life in front of you.

In 2002, she attended the Edna Manley College of Visual and Performing Arts, where she was encouraged to continue her studies in the United States.

“The program director, he’s like, ‘You have to go to Bennington, this is the place for you for art or photography.’ I just thought it was the perfect place for me,” she says of college in Vermont.

There she learned intricate and painstaking printing techniques. She also met Lucas Osorio. On their fifth wedding anniversary in 2013, the couple moved to Greenville after researching places they wanted to settle.

Two years ago she won a Subsidy from the Metropolitan Arts Council. A resident artist at the Greer Center for the Artsshe debuted her SCD collection in a solo exhibition at Greer Town Hall from February 4 to March 16, just as the pandemic hit.

A full-time mother of three children under the age of 5, she managed to pursue her artistic studies. For six years, she has been the protegee of Sandy King, a widely published practitioner of the demanding technique of carbon transfer.

“She’s one of my best carbon transfer students, and that’s good because she’s local too,” says the retired Clemson professor.

Although King no longer leads workshops, he still hosts Osorio once a week or so at his home studio.

“I think she has a lot of potential,” he says. “She’s just very interested and dedicated to the job, which is the main thing. She takes it seriously, no matter what.

A tribute to his sister

“I heard the terrible moans of the little sister, begging to die and asking God why: what had she done to deserve the crippling pain that stuck her to the sofa all night, all day, her skin pale and ashy, his palms white as cooked?chicken breasts.…”

“The nurse who came from the clinic in the white mini-bus spent the whole morning peeling her off the curtains as she was shaking, drenched in tears. She was too tired to fight…”

By Daydrielane Osorio, published in a Jamaican literary magazine, April 2006

‘Brave People Have Taken Over’: Remembering the Black Panthers Through Art | Art