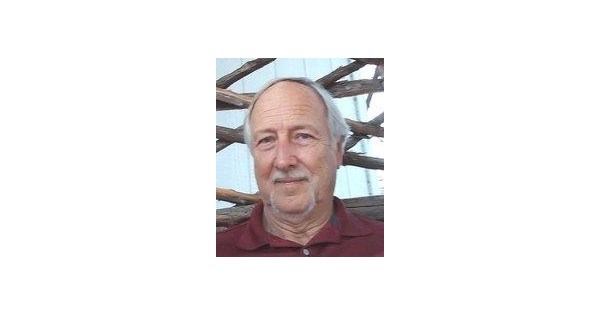 Paul Hudson Abernethy
September 8, 1949 – September 23, 2021
Raleigh, NC – Paul Hudson Abernethy returned to his creator on September 23, 2021 in Raleigh, North Carolina at the age of 72. He was born in Statesville, North Carolina on September 8, 1949 to Thomas Kenneth and Helen Abernethy.
He is predeceased by his father, Thomas Kenneth Abernethy; his mother, Helen Abernethy; his brothers, Wayne Abernethy and Alan Abernethy; and her daughter Adrienne Abernethy.
He is survived by his wife, Twilla Star (Oswald) Abernethy; his son, Christopher Kenneth Abernethy; his son, Phillip Hudson Abernethy; and her brother, Lynn Abernethy (Andrea).
Paul grew up in Statesville, North Carolina, where he graduated from Statesville High School. In high school he played the clarinet in the band and was part of the tennis team. From there he left to attend the United States Coast Guard Academy. He also attended North Carolina State University, where he was a member of the Rifle Team. After leaving school, he held several positions in retail electronics before entering the aviation industry. While working in this industry, he worked as an avionics technician; launched Blackhawk Aviation Inc, a retail company providing supplies to private pilots; and worked as an aerial photographer for commercial sites. He also obtained his pilot’s license. During this time, two life-changing events occurred in Paul’s life. In 1984, Paul began attending Brooks Avenue Church of Christ, where he chose to make Jesus the Lord of his life. Then, in 1986, he married the love of his life, Twilla Star Oswald, whom he had met through the Church. They had two sons, Christopher and Phillip, as well as a daughter, Adrienne, who died shortly after her birth. He has invested a lot in his family, spending countless hours caring for them. He was actively involved in his Church, including working with the missions committee and the audio / visual team. In retirement, Paul continued to work hard, serving diligently in community auto ministry through Triangle Church of Christ.
Paul was probably best known for his work with cars, especially serving others in church or in the community who might not be able to repair their cars on their own. He was exceptionally good at repairing or reusing not only cars, but all kinds of things around the house or yard. However, there was so much more to him. He always had a cup of coffee in his hand (morning, noon or evening). Paul was constantly listening to talk radio, even if it was just background noise (probably influenced by his father’s work as a radio engineer). He could hit a fly with a rubber band across the room. He loved to watch football and golf with his family and go fishing with his sons. When he had free time he could be found reading an interesting blog, piloting rc planes / drones, or wandering the garden with his wife.
Paul believed in hard work and being faithful to what you say. He always spoke kindly and without rudeness or vulgarity. He was gentle and benevolent to all the people and creatures of the earth. Paul believed in never wasting anything; that even if he didn’t need it, someone could use it. He believed in knowing something about everything and not getting caught up in the “what ifs”. Above all, Paul believed in serving others. He would drop everything to help a neighbor, another believer, or a stranger, and would gladly give the shirt off his back if he thought it would help.
Paul loved his wife and two sons deeply. He was the stable and constant basis of their home and the protective roof over their heads. When his sons entered college, he humbly gave up the possibility of a career to serve them and his wife. He always went out of his way to serve and take care of his family.
Paul was the ideal gentleman, a rare breed in today’s world. He was a true friend, a trusted man, a protector, a loving father, a faithful husband. He was a “handyman”, a creator and a lover of music. Above all, Paul was and would like to be known as a child of God. His departure left a great void in his family and in the Church. He will be deeply missed until all are reunited in the Resurrection.
A Celebration of Life will be held on Tuesday, October 5, 2021 at 4:30 p.m. at the Abernethy’s home (4117 White Pine Dr., Raleigh, NC 27612).
In lieu of flowers, the family is asking for donations to be made to the “Car Benevolence Ministry” (make checks payable to Triangle Church (2103 Page Rd., Durham, NC 27703) with “Car Benevolence Ministry / Paul Abernethy” in the memo line); OR the crowd-funded TV show “The Chosen” (http://watch.angelstudios.com/thechosen/pif)
Services by Brown-Wynne Funeral Home, Saint Mary’s St., Raleigh; www.brownwynneraleigh.com