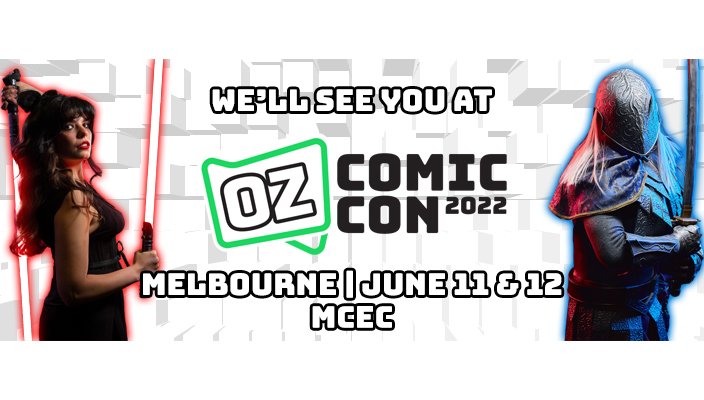 Oz Comic Con 2022 brings the excitement back to Melbourne! – The outdoor shelter

Oz Comic-Con returns to Melbourne on June 11-12, showcasing the latest in pop culture, signaling the return of international guests at the first large-scale Oz Comic-Con event in over two years. Boasting a stellar lineup, the event will feature a range of film and TV celebrities, authors, illustrators, cosplayers, content creators, and immersive activations from film studios and partners. With something for every pop culture fan, Oz Comic-Con is the perfect opportunity for fandoms to come together and revel in a fun-filled weekend.

Meet the best of the brightest in entertainment, comics and more!!

Film and TV guests will take part in a series of autograph and photo ops throughout the weekend, as well as panel/Q&A sessions. Tokens for photo ops and autographs are limited, so get yours ASAP! (Prices vary per guest)

As you make your way through the Oz Comic-Con lounge, keep your eyes peeled for movie and TV activations, exclusive merchandise, and interactive opportunities that are only possible as part of a agreement.

The District is the melting pot of activities. It’s the perfect place to browse our manga library, draw on the doodle wall, learn origami, or enter our drawing contests. The District will be hosting our cosplay group get-togethers throughout the weekend with their photo wall. Stop by and play on one of our free game consoles, or bring your portable console and relax a bit and enjoy Among Us, Animal Crossing or Pokemon Sword and Shield with other con-goers. There’s a bit of something for everyone in The District.

Oz Comic-Con Melbourne
WHEN: June 11 and 12
WHERE: Melbourne Convention and Exhibition Center (MCEC)
For more information and to purchase tickets, please visit https://ozcomiccon.com/