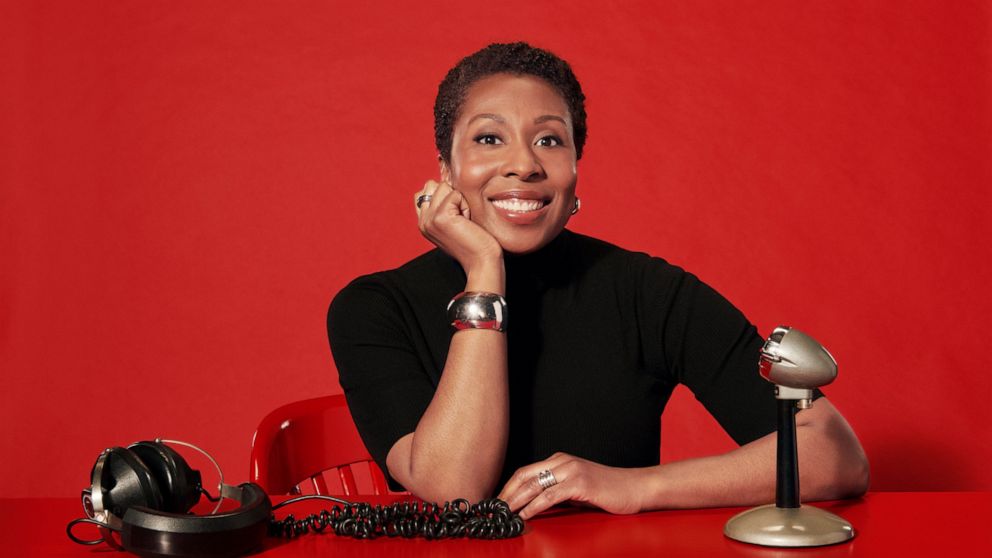 NEW YORK — Once a familiar voice on NPR, Audie Cornish says she signed up to the new CNN+ streaming service in part because she was helping open a new frontier.

After much discussion, nearly $100 million in development costs, and some 500 staff assigned to the task — many of them, like Cornish, new hires — CNN+ is set to launch next Tuesday.

“It’s so rare for a legacy news organization to dedicate resources to something like this, on this scale,” said Cornish, whose weekly interview show “20 Questions” will debut in May. “A lot of times people say they’re going to pivot into something, and it can be half-hearted. I really enjoyed them going all-in.

CNN+ is a big swing, made in a tumultuous time at the helm of the company, and there’s no shortage of skepticism in the industry about its chances. But CNN sees streaming as the future, a way to engage young consumers, and sees The New York Times as the model for a successful news subscription service.

It will cost $5.99 per month, but charter subscribers can lock in a $2.99 ​​monthly fee in perpetuity if they act within a month of launch.

“We think it will be incredibly engaging for CNN fans, people who react to our journalism, people who watch us when something is happening in the world,” said Andrew Morse, executive vice president and director of digital at CNN. “At its heart, CNN+ will be about great journalism and storytelling.”

While news is the heart of the news, and CNN+ will have the ability to air big stories, the service also draws on a growing library of original series and movies, such as “Anthony Bourdain: Parts Unknown.” and “RBG”. CNN+ will also emphasize programs featuring people who have specific, dedicated audiences, like Alison Roman in cooking, Scott Galloway in business, and Jemele Hill and Rex Chapman in sports and culture. CNN’s Anderson Cooper will have a show on parenting, and Jake Tapper, a seven-time author himself, will have a book-focused schedule.

Two online series will be available at launch: “The Murdochs: Empire of Influence”, about media mogul Rupert Murdoch, and “The Land of the Giants: Titans of Tech”, profiles of the biggest tech companies.

An interactive element is also planned where subscribers can ask questions directly to the show’s hosts.

News competitors are already in the paid streaming space. Fox Nation, another paid subscription service, is designed to appeal to those who enjoy Fox’s opinion programming. MSNBC recently announced that it would make several of its programs available through Peacock.

An analyst said CNN+ could get a boost as the war in Ukraine reminds many consumers of the company’s news muscle. CNN+ will appeal to consumers who cut cable but don’t want to lose access to news and information, said Alan Wolk, co-founder of TVREV, a media analytics firm.

With questions about the future of cable news given its older audience, CNN+ is the latest big step in the news industry’s seemingly endless quest to reach more young people, it said. he declares.

Stephen Beck, managing partner of consulting firm cg42, said he fears CNN+ is getting caught up in consumer pressure. People have little money to spend on streaming services and usually opt for behemoths like Netflix, Amazon or Disney.

He wonders if CNN+ will have enough juice to compete.

“On the content side, they don’t have big print runs and ultimately that’s what gets you into the house and onto the screen,” Beck said.

The launch comes at a time of transition for CNN, which is often problematic for new businesses. Network chief executive Jeff Zucker was ousted in early February along with marketing executive Allison Gollus after they failed to disclose their romantic relationship to company superiors.

They were expected to be strong salespeople for CNN+. And what seemed like a steady stream of big hires from the likes of Wallace, a former Fox News anchor, and NBC News’ Kasie Hunt has dried up since Zucker, also a persuasive recruiter, left the building.

Morse said Zucker’s exit hasn’t affected talent acquisition. Cornish, who joined CNN+ a month before Zucker’s exit, said she was not recruited by him. Morse said other new signings will be announced soon, with a focus on health and wellness.

He said he hadn’t discussed CNN+ with Chris Licht, who was hired as Zucker’s replacement but hasn’t started yet. CNN is also expecting a change in company ownership, with AT&T’s takeover of Discovery expected to be approved soon.

This imminent change could have something to do with a lull in hiring. Discovery ownership can also make more talent available to CNN+ and perhaps more importantly, an avenue for more customers if it could partner with Discovery and HBO Max services.

For now, the focus begins at 7 a.m. EST Tuesday with “5 Things With Kate Bolduan,” a countdown to the day’s top stories that draws inspiration from a newsletter. popular CNN news and podcast.

The daily program also includes “Go There”, which will travel around the world for reporting by CNN correspondents. CNN+ news programming will not simulcast any current CNN television shows; contracts with cable and satellite providers prohibit this.

Media correspondent Brian Stelter will have a daily version of his “Reliable Sources” show and Wallace, known for his political interviews on “Fox News Sunday,” will also venture into other topics on “Who’s Talking to Chris Wallace?”

The Blitzer East 7:30 p.m. newscast is the last scheduled live program of the day.

Give us only 1% of what you have