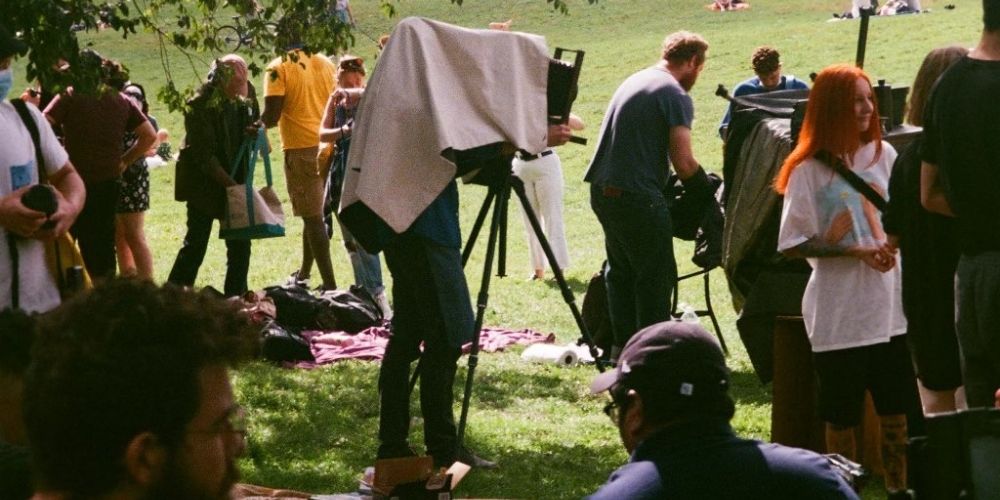 Lomography picnic, for the love of film photography

The event perfectly captured the passion and love that film photographers have for the discipline.

As always, Prospect Park was breathtakingly peaceful. The bright sun and the pleasant temperature made the place more welcoming.

The green meadow was filled with people enjoying their day without caring about the world. On one side of the pitch stood an unusual flag resembling a roll of 35mm film that invited moviegoers to gather.

The crowd grew and everyone was eager to see what Lomography had to offer for the event.

This picnic has hosted all kinds of film photographers, whether you’re shooting small, medium or large. I was greeted with water and the staff running the event encouraged everyone to talk to each other.

Workshops like these were very hands-on, allowing new photographers to experiment with expert-level techniques. I even had a portrait taken with a large format camera.

Film shooters arrived with 110, 35, 120 and even 8mm cameras. Everyone was vibrating with each other, talking about their favorite movie, or chatting on Instagram.

As a film photographer, I always talk about the inclusion of the community. We are all trying to learn and develop. I spoke to a few film photographers at the event who were extremely nice.

It’s not every day that you find other people interested in this niche form of photography. It was just nice talking to others who appreciated the craft that motivated me to create.

The New York film community continues to grow each year. As photographers who refuse to see the film go out, it is our responsibility to encourage each other to grow and create more, no matter what format we are shooting in.

It is our duty to introduce this intimidating technique of capturing interested newcomers instead of remaining in control. I believe it is the grain of healthy competitiveness that makes this community great.