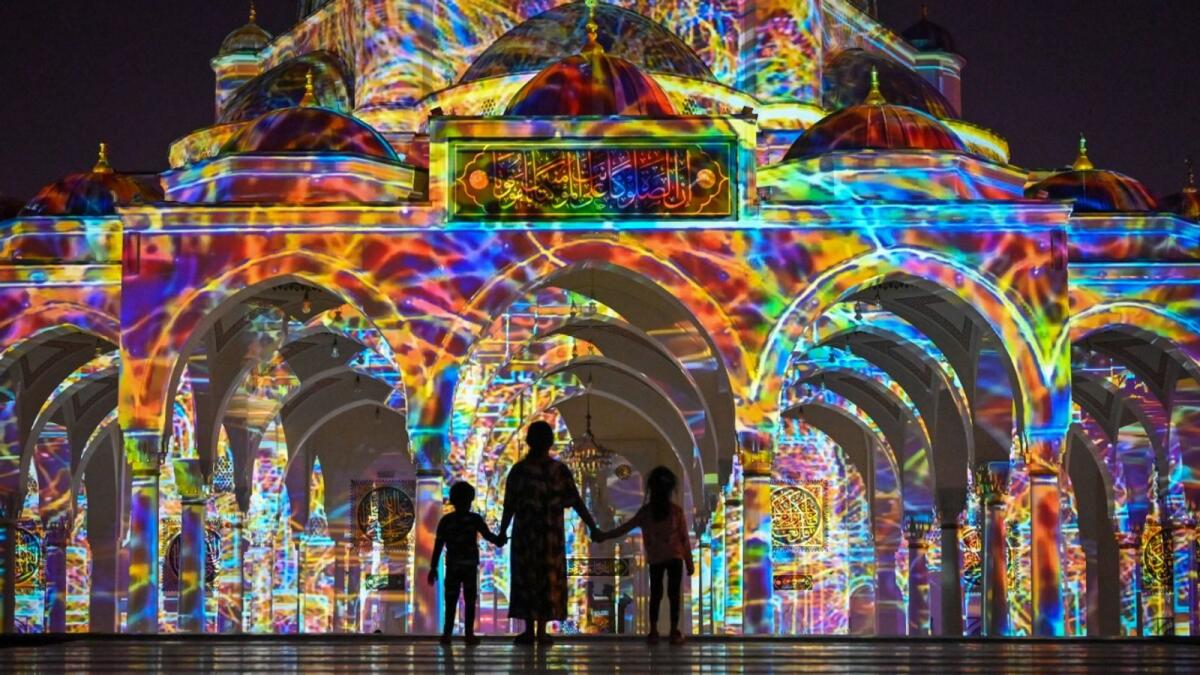 Muhammad Sajjad was part of Khaleej times in Dubai for 12 years. He joined as a photographer in March 2008 and in 2019 he joined the multimedia editorial team as a multimedia journalist. He covered daily news events, sports, aerial photography and also focused on various editorial assignments in the UAE.

Speaking about the award-winning photo, Sajjad said: “I traveled 700 km across nine locations to cover the Sharjah Light Festival 2022 including the cities of Sharjah, Khorfakkan, Kalba, Dibba Al Hisn and Hamriya.

“The photo of the girls standing in front of the Sharjah Mosque was a miracle when a father with his three daughters came unannounced at 11:30 p.m. to see the colorful lights illuminate the mosque on the opening day of Sharjah Light Festival 2022. “

Every year, local and international artists, musicians and light technicians collaborate for the Sharjah Light Festival. Various locations are featured each time – each selected for its spectacular setting and inspiring architecture. The festival engenders a poignant sense of community and inclusiveness as viewers discover a new appreciation for the emirate’s landmarks and public spaces.

7 ways to protect your financial investments from theft