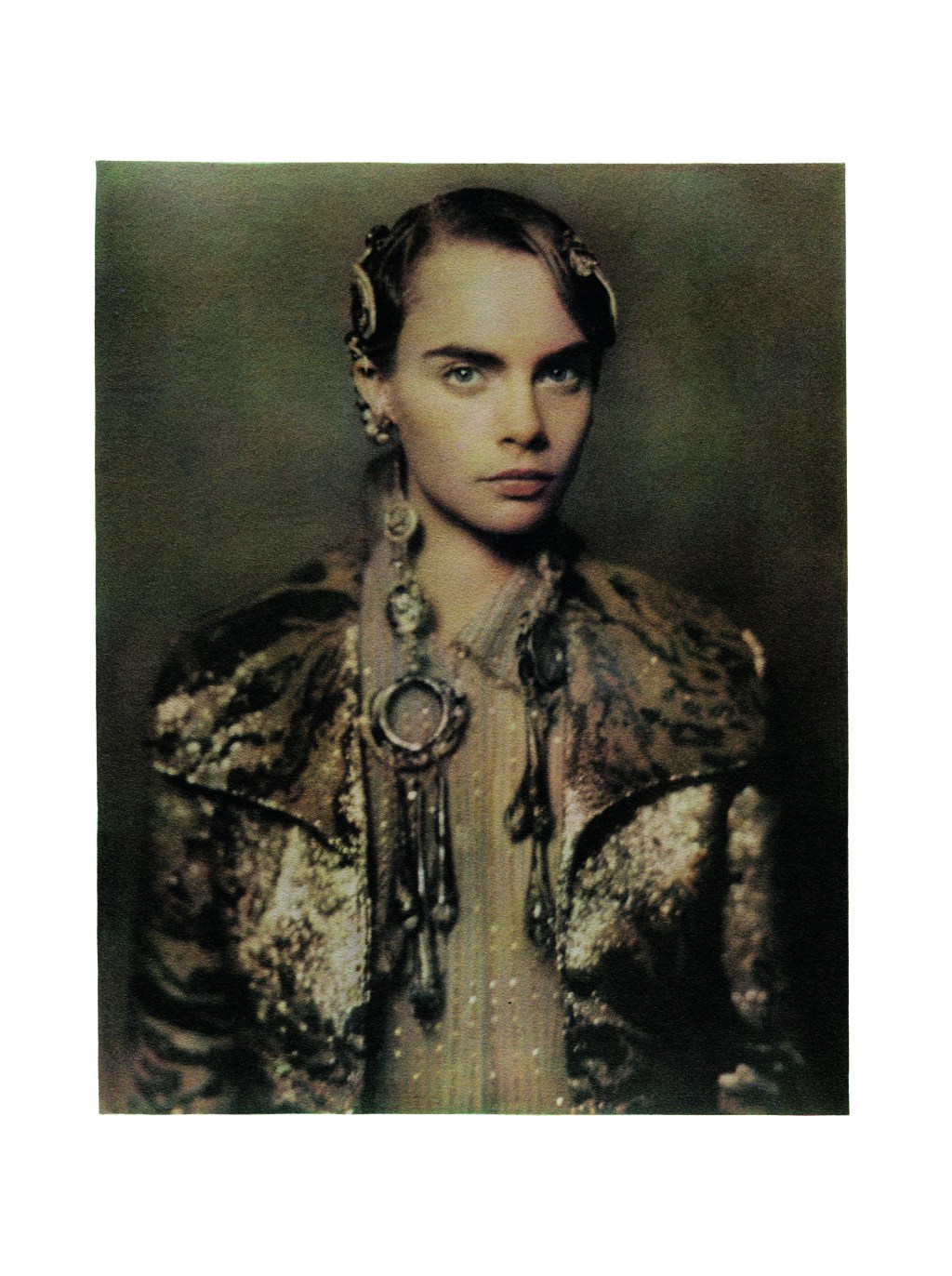 MILAN — Kim Jones sends a love letter to the Fendi house and reiterates her admiration for the group of artists and writers from Bloomsbury, Virginia Woolf in particular.

His deep appreciation has resulted in a 230-page book, “The Fendi Set”, which will be published by Rizzoli this year to commemorate the centenary of Woolf’s birth.

Jones was so enthralled by Bloomsbury that his first couture show for Fendi in January 2021, shortly after being named artistic director of womenswear and couture, was inspired by Woolf, his literary masterpiece “Orlando”, and the sister of British writer Vanessa Bell, painter, interior designer and member of the Bloomsbury Set.

Jones grew up in Lewes, southern England, where members of the Bloomsbury Set, which also included Duncan Grant and Roger Fry, had lived in the nearby villages of Rodmell and Firle.

“I must have been around 14 when they appeared on my radar. As a teenager I visited Lewes with my family and we moved there when I was 16,” Jones said. “Lewes is quite bohemian, and the Bloomsbury and Virginia Woolf band were often discussed among my group of friends.”

As a result, Jones developed an impressive personal collection of signed and display copies of first-edition books associated with the group, including Hogarth Press Publishing – the publishing house founded by Woolf and her husband Leonard; The design and furniture collective Omega, initiated by Fry, and artwork by Grant and Bell, among others.

Documentary and portrait photographer Nikolai von Bismarck, who previously worked with Jones on “The Dior Sessions” volume, collaborated with the designer again on “The Fendi Set” to create a collage of multi-layered, multi-textured images. Their landscape format and romantic tones give the impression of a Victorian album of photographs, with each section treated with a variety of papers and printing techniques.

“The Fendi Set” highlights the art of the book and letter-writing that have been central to the development of the Bloomsbury Group, and the connection to Italy and Fendi’s Roman roots is illustrated through the travels of the group in Rome and Tuscany.

The book juxtaposes facsimile copies of original letters and diary entries by members of the Bloomsbury Group with photographs by von Bismarck, in particular the love letters between Woolf and Vita Sackville West.

Von Bismarck studied both the books in the Charleston Library, Bell and Grant’s home and studio, and Jones’ personal archives, photographing the decoration of their covers, which provided many mottled and textured backgrounds from “The Fendi Set”. ”

The same “Caslon” typeface that Virginia Woolf and her husband used for Hogarth Press is used throughout the volume.

“Whether photographing landscapes, interiors or models, I wanted to retain an ethereal sense of daydreaming, with figures that sometimes look like ghosts and seem to drift across the page,” von Bismarck said. “Sometimes with muted colors to reflect the palette of Duncan Grant and Clive Bell. Sometimes the images were dark and moody, textured, layered, slightly out of focus and sometimes not at all like photographs – images primarily romantic and true to the characters of the Bloomsbury group, dark, graceful and free.

Fendi was founded in 1925, when Bloomsbury artists began to gain fame and when “Mrs. Dalloway” was published by Hogarth Press.

“Fendi is of course a family and a dynasty. It is a family of creative collaborators, Silvia Venturini Fendi and her daughter Delfina Delettrez Fendi working closely together within the house. It’s important when you’re working somewhere to understand the artistic heritage,” Jones said.

“The Fendi Set” features the “Omega Fendi” on the inside cover of the book – a reference to the experimental Omega Workshops design laboratory set up by members of the Bloomsbury Group in 1913 – paired with the signature FF logo.

Jones is fascinated by a series of catalogs Bell and Grant published in the 1930s of works painted both in Sussex and Rome, for which Virginia Woolf wrote the introductory notes, and by journal entries that the writer made during his travels in Italy and the United States. letters she exchanged with her friends and lovers.

“I have exhibition catalogs of Vanessa Bell that tell you exactly when she was in Rome with Duncan Grant and those catalogs, alongside the diaries and letters, were essential in putting together the narrative for me,” Jones said. “Virginia Woolf wrote wonderful introductions describing where and when her sister had painted in Rome.”

The designer highlighted Bloomsbury and Fendi’s shared heritage in England and Rome.

“I wanted a ghostly atmosphere, a dreamlike quality,” Jones continued. “’Orlando’ is about time travel and I wanted the work to transcend time, to drift between present, past and future. Nikolai’s photographic language and his exploration of analog and experimental techniques and textures evoke these changing narratives.

Von Bismarck has divided the book into three sections: the first follows Bloomsbury through the Sussex and Kent pastoral places associated with the group, including Knole, the ancestral home of Vita Sackville West and the inspiration for the fictional family seat of ” Orlando” and Monk’s House, home of the Woolf couple until the writer’s suicide in 1941.

“Over 11 months I had the opportunity to dig deeper – to research, visit and photograph the homes and gardens in which the Bloomsbury Group lived and decorated, many of which are still remarkably intact, to see the offices they worked on, even the beds they slept on, to walk in the countryside of Sussex and Kent in their footsteps and follow them to Rome, and to visit the studios in which they worked and lived as well as the various sites that they painted, sketched and described in their letters and books,” von Bismarck said.

The second part of the book takes place in Paris where, during the filming of the couture presentation and over four days, the collection was photographed by von Bismarck on each of the models who wore it, including Demi Moore, Kate and Lila. Moss, Naomi Campbell, Cara Delevingne, Bella Hadid and Christy Turlington. The sets were specially designed and built on site.

The third section sheds light on the city of Rome, in the footsteps of the Bloomsbury artists who stayed there.

Von Bismarck filmed three generations of Fendi women – Anna, her daughter Silvia and her granddaughter Delfina – dressed by Lady Amanda Harlech and wearing Jones’ first fall ready-to-wear collection for the house in the historic setting of the Villa Medici in the heart of Rome.

“I explored many different photographic and printing techniques: dye reversal, slide photography, many photographic films in a variety of sizes and formats as well as expired Polaroid film,” von Bismarck said. “It was important for me to use some of the technology of the time: cameras, but some processes, some of which existed when the Bloomsbury group was flourishing and will no longer exist in the years to come. “

Other contributors to “The Fendi Set” include Woolf expert and Bloomsbury researcher Mark Hussey, who wrote the introduction in which he further elaborates on the group’s relationship with Italy. Hussey was also instrumental in working with the archives of the Berg Library in New York, which houses the majority of Woolf’s diaries and letters, many of which have been reproduced in facsimile for the book and in transcribed form. for the glossary.

Tilda Swinton, who played Orlando in the 1992 film of the same name, penned the foreword, and actress Gwendoline Christie was filmed in England at Knole and Sissinghurst wearing Fendi couture.

Hot House: Portland’s former fire station bursts on and off the market in 4 days