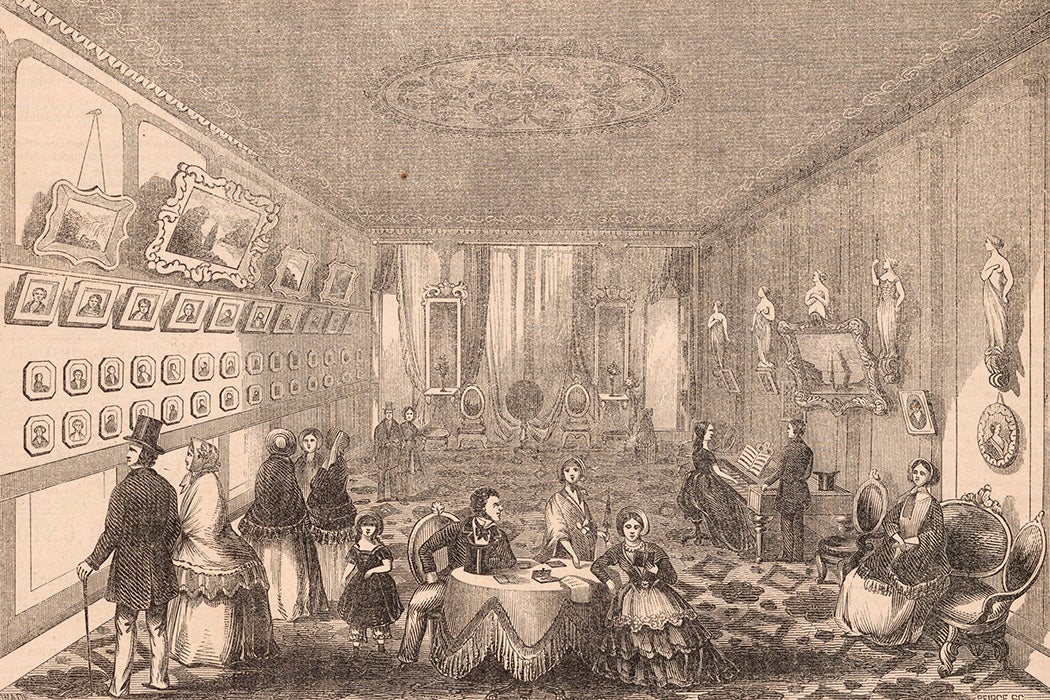 Students ask me the most fascinating questions, and I don’t know how to answer most of them. As the Digital Collections Archivist, I am regularly invited into class to speak with students about the resources I have built to enhance digital discovery. While the professors’ assumption seems to be that students will be curious about how to use websites and how to find new sources, almost every time I’m faced with very specific historical questions about the creation and context of sources digitized primaries that hit them. most. They expect me to answer questions about research strategies, but instead I am asked about the allegorical symbolism of the imagery on an abolitionist postal envelope. I won’t pretend that I’m not more energetic and engaged learning with students than teaching them, but I started to think about why they assume such a broad expertise.

In order to highlight the unseen work and decision-making involved in making the archives accessible online, this column, Archives Unbound, will focus on four distinct elements of the collection.

This situation has always been the case, but has certainly worsened since the launch of Slavery, Abolition, Emancipation and Freedom: Primary Sources from the Houghton Library (SAEF), a digital collection I developed to enhance the discovery of special collections materials related to black history and culture. When we see a collection of documents online, it can be assumed that the curator has detailed knowledge of each item, and in this case I selected and extracted each item by hand. Knowing the relevance or importance of a particular item is not at all the same as being a content expert, but it is a fair assumption because the practical project infrastructure behind a digital collection can seem completely opaque. To shed light on the invisible work and decision-making required to make archives accessible online, this column, Unbound archiveswill focus on four distinct pieces from the collection.

Professional archivists are trained to research and learn new documents quickly, reading biographies, bibliographies, related documents and all kinds of reference resources. My colleagues and I used all of these skills when creating the initial collection list to SAEF, which had to be compiled at home without any physical access to library stacks due to the pandemic. I selected articles by searching black bibliographies like the Black Book Interactive Project at the University of Kansas and the work of pioneering black librarian Dorothy Porter Wesley, looking for shelf marks where relevant books seemed to be, looking for the names of well-known black authors. This research, with the help of my colleague Vernica Downey, a metadata specialist who pulled information from the backend of our systems, led me to a list of about 800 items that I began physically researching when I was allowed back into the library.

To my surprise, a number of individual items that we pulled from the catalog database were actually not individual items. A single pamphlet, for example, the Manual of the Freedmen’s Aid and Southern Education Society of the Methodist Episcopal Church, might have caught our eye in the catalog, but when I went through the piles I realized that many of these brochures were thematically related. , in new library bindings with impossibly large titles printed on the spines like “SLAVERY DEBATE” or “ANTI-SLAVERY”. The even greater surprise, to me, was that inside those big bound volumes I found not only the pamphlets I was looking for, but hundreds more that were either uncataloged or cataloged under places that no longer exist. Many of these volumes had tables of contents written on or, in the case of the brochure above, on photostats intended only for the eyes of librarians.

These uncatalogued and mislocated documents have their own interesting journey of discovery that is somewhat unique to Harvard University’s long history in American libraries. Most of the pamphlets in these bound volumes are extremely rare as of 2022, but were purchased new or soon after publication and kept in the university’s circulation library. At that time, they were not yet rare books, rather; they were up-to-date documents retracing current events and discourses. When the library chose to bind them in volumes, it was for preservation purposes, with the idea that cataloging the first one or two pamphlets was enough – in the future, users would simply look for the area that interested in the physical. card catalog, and be directed to the bound volume with various materials on the subject. Decades later, these fragile 19th-century materials live in closed piles in Harvard’s largest repository of rare books and manuscripts, completely inaccessible and unknown to patrons without the intervention of staff.

We began a large and rapid cataloging project, led by my colleague Megan McNiff, to get many pamphlets written by and about African Americans identified and in the catalog, but the enormous amount of research she and I have performed is just the tip of the iceberg on these materials. When I arrive in class and the students ask if I have selected all the documents the answer is yes, but when they want to know the publication history of something like Ball’s Splendid Mammoth Pictorial Tour of the United States I find myself on the same research path as them.

Luckily, I’m just as eager to learn more about these collections as any student. Certain materials I dug into along the way of this project have become emblematic, for me, of the combination of serendipity and serious planning that comes with bringing the archive online.

James Presley Ball was a successful commercial photographer, an incredibly rare career achievement for an African-American man in the mid-19th century.

When I realized we had hundreds of brochures to catalog, I started taking photos of the covers, copyright notices, tables of contents and end pages – all the information needed for my cataloging colleagues working remotely to integrate these records into our system. Come on Illustrated tour of Ball’s splendid mammoth I was intrigued by the ostentatious name and the idea of ​​a panorama, a popular type of edutainment consisting of large-scale paintings depicting distant places and historical events, focused on an abolitionist narrative of the slave trade. slaves. This plotline clicked in my mind later that day when I had a reference call with Professor Sarah Lewis who said offhandedly, “Well, if you find anything about Ball’s Panorama, do it Me know!” In an incredible moment of archival kismet, I told him that not only had I found something, but that I could send him pictures that afternoon. Her excitement made my plot blossom, and I knew I had to find out more about this ephemera of 56 pages.

James Presley Ball was a successful commercial photographer, an incredibly rare career achievement for an African-American man in the mid-19th century. He learned the art of daguerreotype photography only six years after its creation, from John B. Bailey, another black photographer. Although it took him a while to succeed, he was eventually in high demand, taking portraits of prominent black and white citizens. He was so successful that in the mid-1850s he opened a luxurious gallery and studio in Cincinnati, Ohio, pictured on the front of the pamphlet, decorated with gold leaf, Greek images, and all the artifacts which signified Victorian scholarship and taste.

Ball’s success with photography gave him the opportunity to embark on a bold new artistic adventure: an anti-slavery panorama, presenting a clear and strong argument against anti-black racism and slavery through art. visual. While this decision may seem totally unexpected to a 21st century reader, Ball was not the first or only African-American social activist to use panorama art to send anti-slavery arguments to an audience. In a 1996 letter to the editor, Professor Allan D. Austin listed abolitionist panoramas created by Henry Brown, JCA Smith, JN Still and William Wells Brown focusing on already popular abolitionist fiction, such as Uncle Tom’s Cabin or in the case of Henry Brown, his own story of fugitiveness and self-emancipation.

Like many of these panoramas, Ball’s is not believed to have survived. There are no known photographs of the painting, nor copies of the drawings. What we have is a 56-page brochure, at least partially composed by Ball, that provides a viewer’s guide to visuals we can only imagine. The text clarifies the abolitionist motive of this popular entertainment, and even more so Ball’s radical position as a black public figure taking a clear stand on the barbarism of the slave trade and the cruel treatment of African Americans.

Without the work of pioneering photographer and curator Deborah Willis, Ball’s work would be almost entirely unknown today, but an article like this single booklet bound in a volume of anti-slavery materials along with over 20 others opens up questions about the as it was known in 1856. , when donated to the library. The pamphlet was delivered to Harvard just a year after it was published by the Reverend Charles Spear, an early anti-capital punishment activist. Did he visit the panorama himself? What did he think of it, if so? Why did he want Harvard to have a copy of this pamphlet? The more I work to get rare documents online, the more I end up with the exact kind of questions I get asked in class.