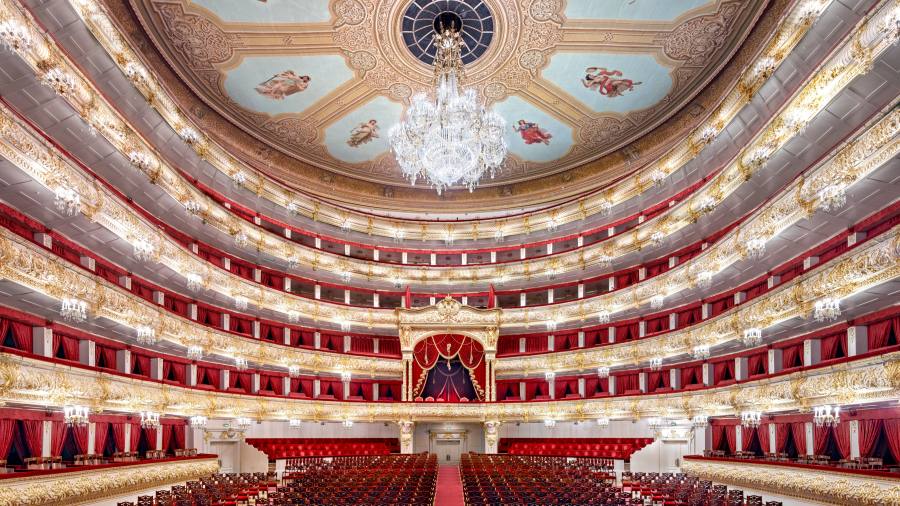 In the Presence of Absence: Inside Candida Höfer’s Depopulated Public Buildings

About 20 years ago a friend and I locked ourselves in the Hamburg Kunsthalle. It was winter, late afternoon and dark. He just closed in on us as we walked around. The lights went out and the silence fell like a shutter. It was passionate. Just like that, we had gone from visitors to intruders. Wandering ghosts. And the space has also changed: it has become provocative.

These same unoccupied Hamburg galleries were photographed in the 1990s by Candida Höfer, the contemporary German artist with a love for stripped-down yet beautiful bedroom pieces. For half a century, Höfer traveled the world creating impenetrable images of empty museums, libraries, cathedrals, grand cafés and theaters – works that evoke what I felt in Hamburg, something half -way between a treat and a transgression.

Höfer delivers geometry in a modest palette, sometimes punctuated by a blood-red chair or a yellow wall – subtle abstractions of spaces untroubled by figures. In terms of composition, these statement pieces of architecture provide a unique emphasis on structural form. Doors and windows provide frames within frames; the stairs deliver dizzying heights; corridors and colonnades lead the eye. The ego does not come into the equation.

In a new exhibition at the Berlin Museum of Photography, Höfer’s large-format works are presented “in dialogue” with architectural photographs from the collection of the city’s art library. The exhibition questions what the rooms are like when they are deprived of guests. Are they cautionary tales or invitations? Places of melancholy or waiting? Are they grim, calm, or changeable? Or, perhaps, are they all of these things?

Admittedly, the absence of the public neutralizes an institutional edifice. Through Höfer’s lens, a wing of Berlin’s Neues Museum becomes a vacant warehouse; a library in Moscow is as cold as a flow of ice. Even with elaborate parquet floors and marble pillars, the pump arrangement is weakened. These are uniforms left on hangers. In one photograph, a grand staircase in Düsseldorf is reduced to little more than a scribble – the composition all white except for one squiggle (the handrail) spiraling downwards. In the house, however, the void implies something more personal. An empty house suggests a sadder story.

The pandemic has cast all interiors in a new, sometimes disturbing light. As homes and apartments have been reconfigured to meet the demands of remote working – folded in on themselves in domestic origami that has installed office equipment in kitchens and bedrooms – the citadels of commerce, l learning and entertainment have been drained of their lives. Opera houses, auditoriums, galleries and stacks of libraries were all locked up.

Overnight, these revered but redundant sites became quintessential Höfer subjects, but they remained out of reach. “Ironically, they may have been empty, but I couldn’t come to see them: health concerns, travel restrictions, organizational problems,” she explains. “So I sat by my window and watched the seasons go by.”

Quietude provides the subtext for much of Höfer’s work. She can transform Yale’s reading rooms into a modern monastery. Many of his scenes are like shrines. “If and when I’ve been in a room full of people recently, I’ve tried to get out,” Höfer acknowledges. “I occasionally mentally clear a room if she asks, even rooms without people, clearing them of signs, cords, benches and other accessories.” There is often a large void in the central foreground of his compositions.

Höfer can console himself in the kindred spirits of art history. The 19th-century Danish painter Vilhelm Hammershoi produced canvases of still, near-monochrome, unoccupied rooms – painted in his own apartment in Copenhagen – in which he removed not only people and furniture, but also doorknobs and doors. hinges. In one, the main focus of the work is a swirl of dust grains captured by sunlight.

And, with enigmatic results, Japanese director Yasujiro Ozu incorporated characterless set shots into his mid-century classics. History of Tokyo and late fall. These cuts of tatami floors and solitary tea sets became known as “pillow blows”, a reference to “pillow words” – the common phrases that set the tone for Japanese poetry. Likewise, Ozu’s moments of silent comfort act as a visual tuning fork.

The empty room is one with the restrained aesthetic shared by Germany, Japan and Denmark – a common thread running from the Japanomania of 19th century Scandinavia to the glacial lines of the Bauhaus. For artists from other regions, however, the interior often remained a signifier of the status of its occupant – the smug guardian depicted surrounded by his belongings.

In the 1970s, Höfer studied at the Düsseldorf Art Academy – home to the famous “Düsseldorf School” of German photographers drawn to pristine spaces (Andreas Gursky is another alumnus). In the Berlin exhibition, his compositions appear alongside international examples of architectural voids, including fin-de-siècle engravings of hearths and naves taken by Eugène Atget and Frederick H Evans. Höfer argues that his photographs are art rather than structural studies. The same can be said of the photos of its predecessors.

Höfer’s shots of amphitheatres, refectories, ballrooms and deserted palaces are less about stopping time than contemplating its constancy. As the characters exit, Höfer’s voids – like the dust of Hammershoi and the teapots of Ozu – remain. A building without people considers the very nature of human existence. The empty interior makes us all ghosts.

“Image and space: Candida Höfer in dialogue with the photography collection of the Kunstbibliothek” is at the Museum of Photography in Berlin, from March 25 to August 28; sb.museum

Local photographers get close to nature