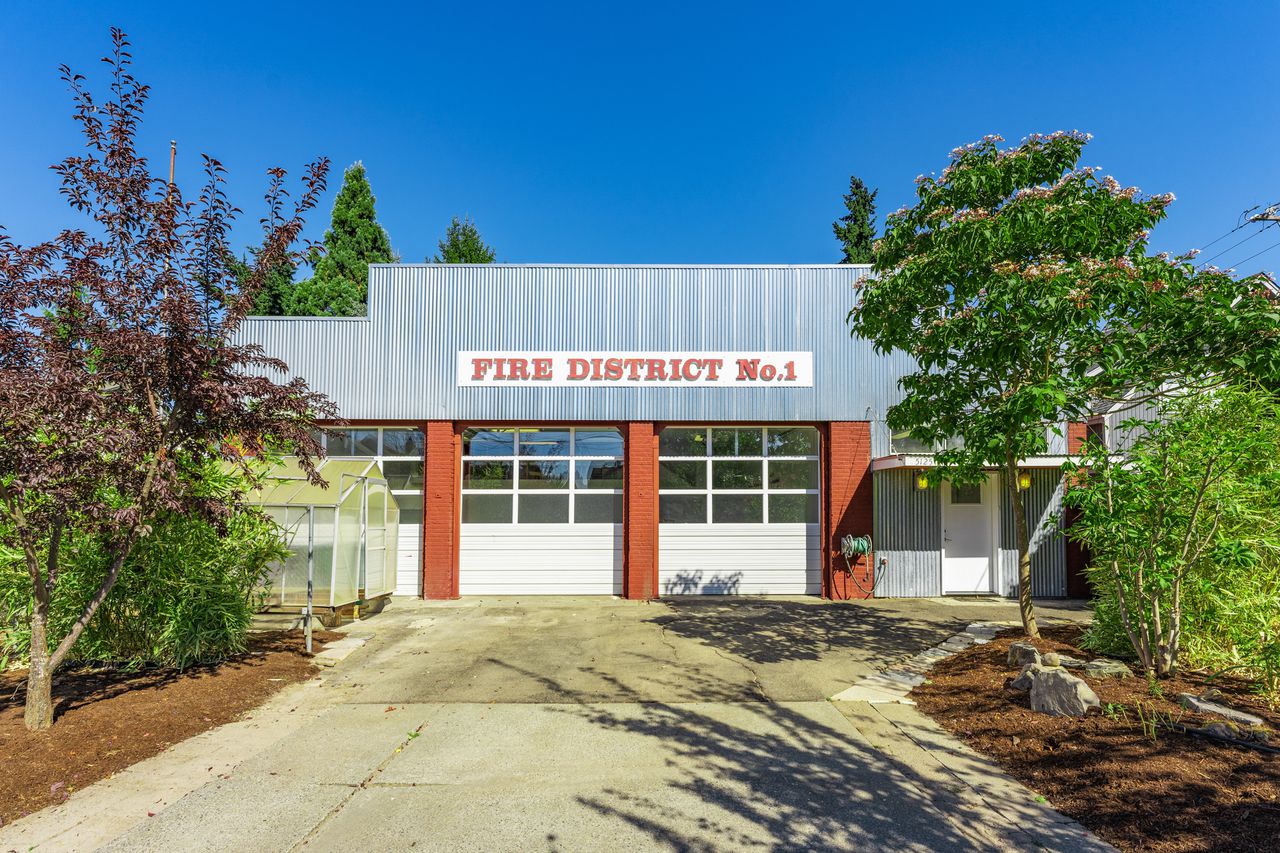 Hot House: Portland’s former fire station bursts on and off the market in 4 days

Is your house a little ho-hum? You may be hearing the alarm to move somewhere out of the ordinary with more space. Have you thought about living in a fire station?

You wouldn’t be the first to park a car, RV or boat in a garage built for a fire truck.

A 76-year-old southeast Portland fire station converted into a live-work unit has gone up for sale at $750,000 on Thursday, January 13. A flood of people visited it over the weekend and on Monday 17th January an offer was accepted.

The structure at 5125 SE Ogden St. has a vintage sign on its sloping metal roof that reads “Fire District No. 1”. Three rolling doors, separated by red bricks, open to a double height garage with skylight.

Step through the swinging doors, painted with flames like a post-war hot rod, and enter the living space, which features a great room, kitchen with granite countertops, and mudroom with wooden lockers. ‘origin.

Then head up the stairs to the master suite on the second floor. The fire pole is long gone, but fire resistant concrete walls and floors are in place.

The 3,170-square-foot unit would be a good fit for someone who “lives outside the normal box,” said listing agent Kama Dersham with Mathew Wray of Keller Williams Realty Portland Central.

She mentioned a collector, an aerial artist, a cabinet maker or a welder.

One of the owners was a sculptor who fired clay and kept her kilns in the sunny old fire station.

Dersham also envisions a photographer, chef or musician moving to the Brentwood-Darlington neighborhood to take advantage of “great restaurants and shopping”.

The setting could also be a yoga studio, a meditation space or a base for a small business, she added.

Dersham said his list is also of interest to environmentally conscious homebuyers. The current owners have installed energy efficient solar power, heat and cooling pumps and a tankless water heater.

The structure spans the width of the 4,791 square foot lot. There are no side yards, but there are trees in the front and a back garden with a fire pit.

After the fire station was decommissioned and firefighters left, the 1946 building was used by a limo service business and as a bath salt factory and flea market. It was converted into legal housing about two decades ago.

Many of Portland’s former fire stations have been remodeled:

Story Hours, Art/Photography Classes for Kids and Adults, Reading to a Dog, Fire Pit Saturdays, and ARHS Class of 2024 Fundraiser