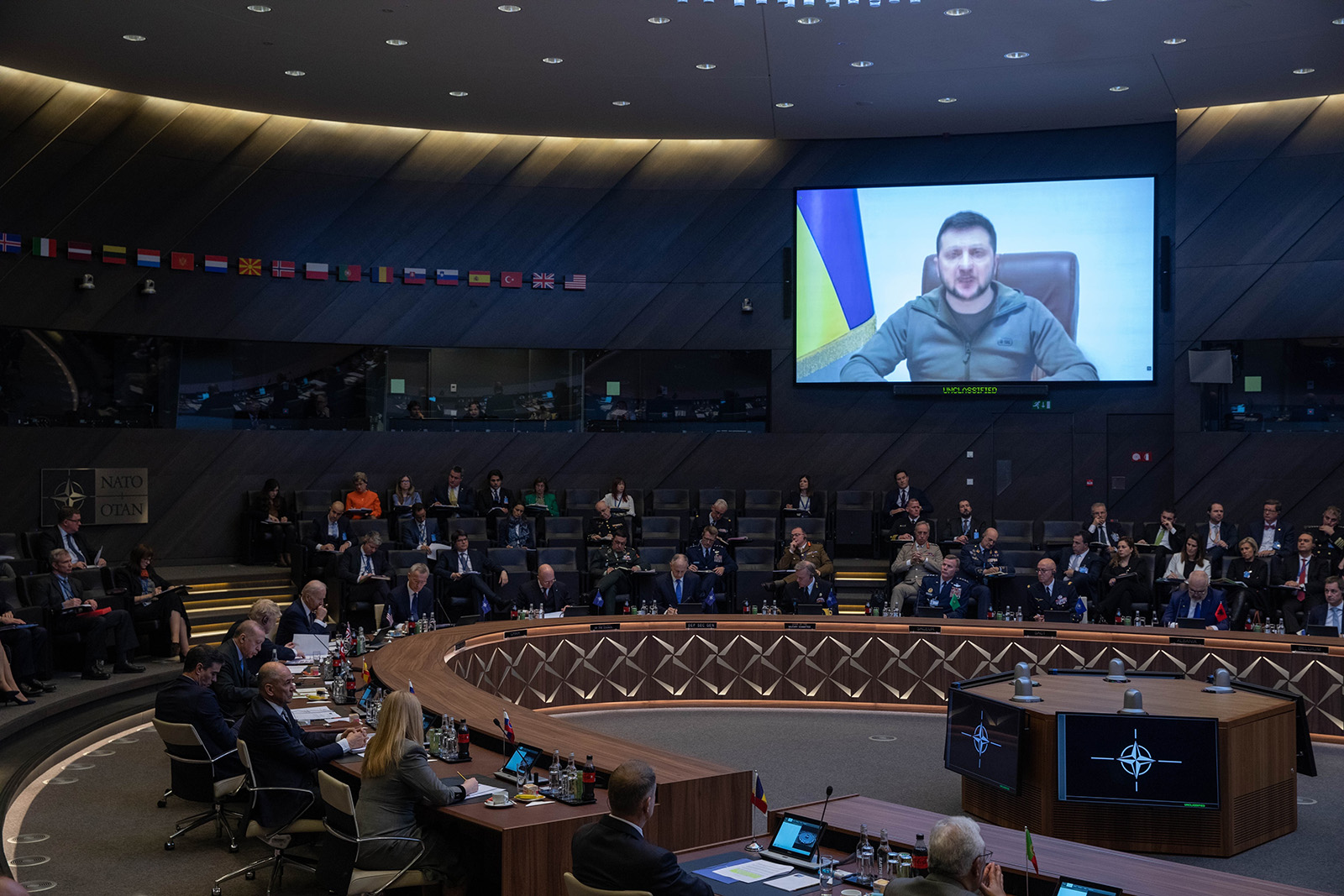 Give us only 1% of what you have

New footage shows the extent of destruction in some cities caused by Russia’s month-long invasion of Ukraine, as Western leaders gather in Brussels to hold special sessions of NATO, the European Council and the G7.

Destruction in Ukraine: It has been exactly one month since Russia invaded Ukraine, and Ukrainian President Volodymyr Zelensky is calling for global protests to mark the date.

The mayor of Chernihiv said the cemetery in the northern Ukrainian city could not handle all the dead. Severely damaged buildings line rubble-strewn streets, while still-burning fires fill the air with thick smoke, as video by Mayor Vladyslav Atroshenko shows.

New videos from Mariupol show the desolate Ukrainian city under siege, with streets deserted and filled with debris, cars blown out and buildings destroyed.

The first videos and images have emerged from the town of Izyum, showing widespread destruction, charred and bombed buildings, and bodies left in the streets. The Russian army claims to have taken control of the city, which the Ukrainians deny.

Meanwhile, a large Russian ship was destroyed in the Russian-occupied port of Berdyansk in southeastern Ukraine, according to the Ukrainian Navy on Thursday. CNN could not confirm the Navy’s claim, although videos on social media appear to show a large fire with secondary explosions in the harbor. And Ukrainian forces have pushed back Russian forces on the front lines around kyiv, a senior US defense official told reporters on Wednesday.

Refugees: More than 2 million Ukrainian refugees have entered Poland since Russian forces invaded Ukraine a month ago, which is “the fastest displacement crisis we have seen since World War II”, according to the International Rescue Committee.

One in two Ukrainian children has been displaced since Russia began its invasion on February 24, according to the United Nations Children’s Fund.

The United States plans to accept up to 100,000 refugees fleeing war in Ukraine, a person familiar with the decision has said.

Current summits: Announcements on new sanctions, NATO force posture and military assistance are all expected as part of the diplomatic push, according to US and European officials. What they won’t do is what Zelensky repeatedly demanded: impose a no-fly zone over Ukraine. Zelensky is expected to address NATO leaders virtually.

The current NATO session was to focus in part on what to do if Russia deployed a chemical, biological or even nuclear weapon.