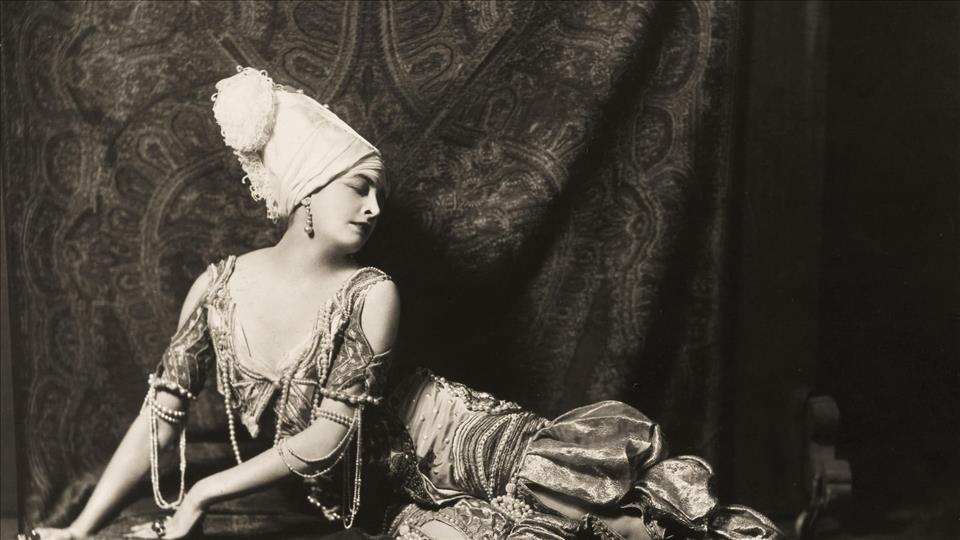 (MENAFN- Swissinfo) She was the star of the Ballets Russes in the United States in 1916. The tabloids were obsessed with her nails and hairstyles. His portrait hung on the walls of Charlie Chaplin’s house. In Switzerland, where she was born and where she died, she was forgotten. Who was Flore RÃ©vallÃ¨s?

More from this author

Trained as a photo journalist at the MAZ Media School in Lucerne. Since 2000, she has worked as an image editor in various media companies and as a freelance writer. Since 2014, she has worked at swissinfo.ch.

More from this author | Multimedia

At the end of her career as an animator, RÃ©vallÃ¨s rents a studio in Geneva in the 1950s. She called it “Paradiso” and filled it with things from her past: a stuffed crocodile who toured with it across the United States; sabers from North Africa; Egyptian tapestries, snake skins, musical scores and dozens of photographs showing her on stages around the world or images of the Amazon. At Paradiso, Flore RÃ©vallÃ¨s plays the piano, performs the operas she sings and dreams of the glorious days when she goes around the world under the name of Flore RÃ©vallÃ¨s.

RÃ©vallÃ¨s has never been well known in Switzerland and finding information about her is a challenge. The only person who ever wrote about her was her godson and nephew, French actor Guy Trejan. His own autobiography devotes a few pages to his aunt, but a certain embarrassment is felt when he recounts how RÃ©vallÃ¨s always said: â€œYou cannot know what I have been! (You have no idea who I was). Well, who was this Flore RÃ©vallÃ¨s?

Flore RÃ©vallÃ¨s was born under the name Emilie Flora Treichler on January 25, 1889 in Rolle, a small town nestled on the north-western shores of Lake Geneva. Not much is known about her childhood, other than the fact that she grew up “singing all the time”, a fact she revealed in an interview with “Motion Picture Classic”.

At 16, she entered the Paris Conservatory to take singing lessons, against her mother’s wishes. His father Gustav Treichler was not involved in this decision. He left for the Abyssinian Empire in 1903 to help build a railway for King Menelik II. In 1914, he returned to Europe, where he died of a fever in Marseille.

At that time, her daughter had transformed into Flore RÃ©vallÃ¨s and was performing at the Grand ThÃ©Ã¢tre de GenÃ¨ve, which she will soon leave to explore the world and go even further than her father. After playing the opera â€œThaÃ¯sâ€ in 1915, the decorator and costume designer LÃ©on Bakst knocks on his door backstage. Bakst has worked with the famous Ballets Russes, whose founder Sergei Pawlowitsch Dhiagilev has toured the world with his team.

SWI swissinfo.ch offers you diverse coverage of the most prestigious Swiss film festival. Turn on and connect!

Dhiagilev bought RÃ©vallÃ¨s from her contract with the Geneva theater and took her on tour with him. In January 1916, they left for the United States – performing first in New York, then on the West Coast.

In the United States, the Swiss girl from Lake Geneva has become a famous exotic goddess who has been praised for her â€œdark beautyâ€ and â€œexotic flavorâ€. She played leading roles in the Ballets Russes’ productions of “Scheherezade” and “Cleopatra”, both of which were extremely popular with Western audiences, as there was an insatiable desire for performances representing the Orient at the time. The dancers of the Ballets Russes did not wear tutus or white dresses. They performed barefoot and were dressed in colorful and airy dresses from LÃ©on Bakst’s fictional Orient. This style became a trend among American stars in the 1920s.

Flore Revalles and Vaslav Nijinsky in the play “The Afternoon of a Faun”. New York, 1916. Karl Struss

Flore RÃ©vallÃ¨s’ photographs quickly appeared in “Vanity Fair” and “Vogue,” and newspapers across the country praised her excellent performance, but her final breakthrough came with an Edward Bernay story that was considered the ” father of public relations â€. Bernay who was convinced that a good story could sell any product told the press that RÃ©vallÃ¨s had tamed a snake with his beauty and used it to perfect his Cleopatra dance. In an interview with Billboard magazine, RÃ©vallÃ¨s said she wanted to make her Cleopatra “dangerous, cruel and seductive” and would only achieve this by studying the cold and insidious movements of the snake. The image of RÃ©vallÃ¨s playing with the snake in the Bronx Zoo traveled across the country and made her a star overnight. She continued to have her photograph taken with the snake, while years later she would pose with a young alligator donated by an admirer.

SWI Plus informs you about Switzerland and the world. Download the app now.

Flore Revalles with her adopted cobra. Undergrowth and undergrowth

Even though RÃ©vallÃ¨s was known for her extravagant fashion and sleek public appearance, the tabloids were more interested in reporting on the blouses she wore in her spare time and the condition of her nails.

After two Broadway productions that were well received by audiences, she played adultery in two American silent films. In the blockbuster “Earthbound”, her lover kills her husband who becomes a ghost and talks to him from the afterlife as if it were couples therapy. After her second and last film in the United States, RÃ©vallÃ¨s almost turns into a ghost herself, and it becomes more and more difficult to follow her career.

Scene from the silent movie Earthbound. Michael A. Dean

In his autobiography, his nephew mentions that RÃ©vallÃ¨s performed at galas for Mussolini and supported fascism, however, he refrained from revealing more details. RÃ©vallÃ¨s continues to tour the world and perform in faraway places like Cairo. In 1936, she returned to Switzerland where her acting career came to an end. She spent most of her time caring for her mentally ill brother and caring for her son after his death. From time to time, she still performed in Paris.

A photograph taken anywhere between 1918 and 1923. New York Public Library

After the end of World War II, RÃ©vallÃ¨s married a Geneva industrialist. Her business was on the verge of collapse and when he passed away in 1958 she was in dire financial straits. In 1966, she died in a hospital near Leysin in the canton of Vaud under the name of Flore Cerf-Treichler, the name which is inscribed on her tombstone.

Larry Tye: The father of spin: Edward L. Bernays and the birth of public relations. New-York 1998.

Articles in this story

Legal warning: MENAFN provides the information “as is” without warranty of any kind. We do not accept any responsibility for the accuracy, content, images, videos, licenses, completeness, legality or reliability of the information contained in this article. If you have any complaints or copyright issues related to this item, please contact the supplier above.