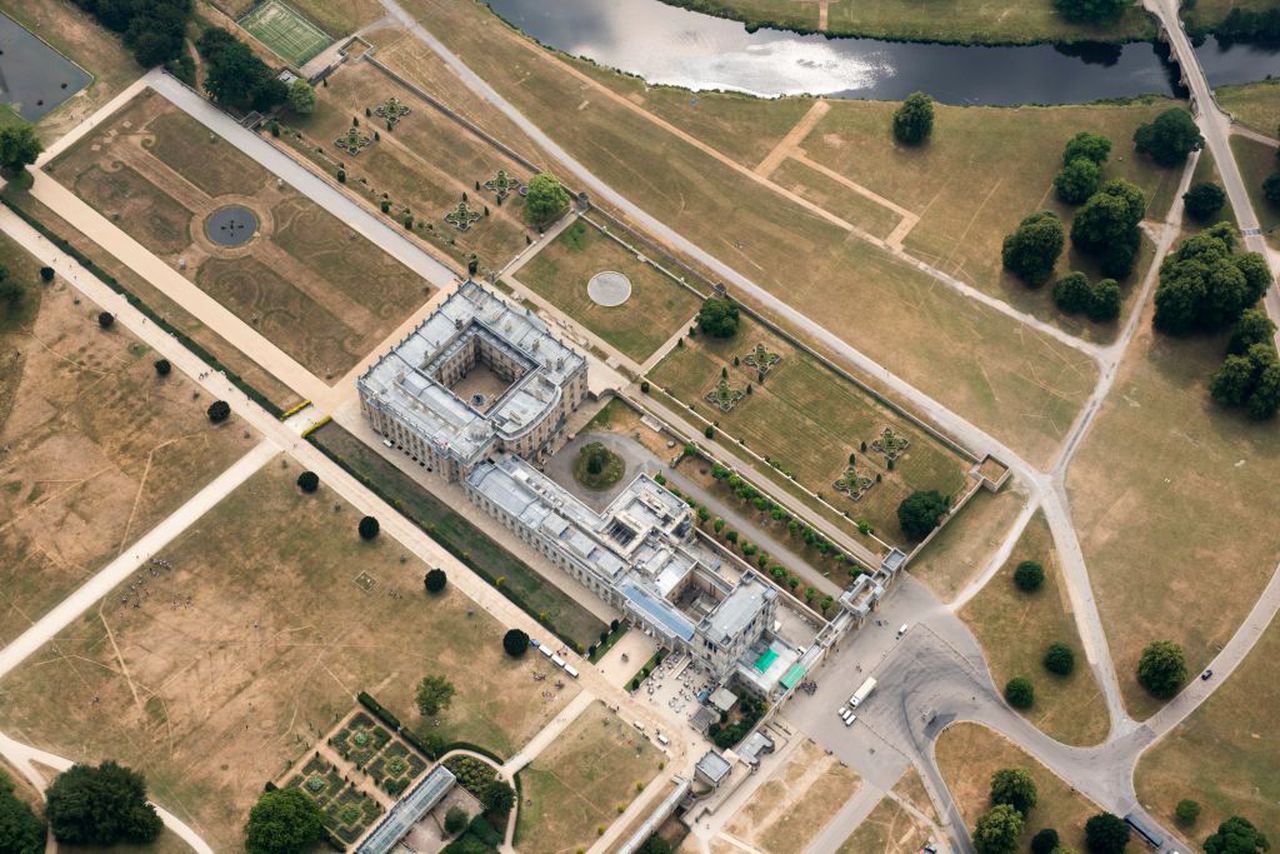 This year’s extreme heat has triggered wildfires, drought and melting glaciers. Less expected, it also revealed strange and dark things about our past – shipwrecks, corpses, ghost towns, ornamental gardens and ancient cities. Here’s a look at some of those findings.

Roman remains: Italy’s drought has revealed WWII artifacts and a glimpse of life under Nero.

Months without rain and an earlier than usual cessation of runoff from melting snow in the Alps have depleted the Po River – Italy’s longest river – to its lowest level in 70 years. The dry river bed revealed previously hidden WWII wrecks such as a German tank and freighters.

In Rome, meanwhile, drought undermined the Tiber and exposed a bridge believed to have been built during the reign of Emperor Nero. Extremely hot and dry conditions this summer in Italy forced the government to declare a state of emergency in July.

Spanish ghost town: A town stuck in the early 1990s has resurfaced in Galicia, Spain.

Aceredo, a village near the border between Spain and Portugal, was flooded in 1992 to make way for the Alto Lindoso reservoir. In February – about 30 years later – drought again exposed the small town. Soon tourists began to flock to see a place frozen in time.

Scientists expect Galicia to continue to suffer from periods of extreme drought. “Precipitation and drought patterns are always more complex, more difficult to predict scientifically,” said Barcelona-based climate researcher Jofre Carnicer, author of the sixth assessment of the Intergovernmental Panel on Climate Change. . “The risk of drought in the coming decades in this region will increase.”

Some US reservoirs that should have overflowed with snowmelt in the spring had bathtub rings of dry earth instead, including Lake Mead. The lake has fallen this year to a record low.

Lake Mead – the huge reservoir of the iconic Hoover Dam – has shrunk to a fraction of what it once was to become a site of macabre curiosity.

Visitors encountered everything from sunken boats to corpses. “We could find everything from a missing jet ski to more bodies,” said Michael Green, associate professor of history at the University of Nevada, Las Vegas. “As the water recedes, we’ll find more.”

Human remains discovered at the site include a body in a barrel, according to the National Park Service. The cause of death is under investigation.

Shackleton’s Wreck: A scientific expedition has cracked a cold case in the ice of Antarctica.

On February 25, Antarctica’s sea ice cover plummeted to a satellite-era record low, which may have helped solve one of the greatest mysteries in maritime history. Around this time, a crew set out on a research vessel from South Africa to the depths of the Weddell Sea, a remote area of ​​the Antarctic coast, to locate, survey and film the wreck of Sir Ernest Shackleton’s Endurance ship. . The exact location of the famous explorer’s ship was long unknown; it had been trapped and crushed by thick Antarctic sea ice in 1915.

The 35 day mission was difficult. The team had to navigate choppy waters and still quite a few frozen hazards despite the below average ice extent. Using an autonomous vehicle, the wreckage was found more than 3,000 meters (9,843 feet) underwater.

Secret garden: The heatwave in the UK has unearthed a flowery 17th century landscape.

Extreme summer heat in Britain has scorched the south lawn of a historic house in central England, revealing a hidden 17th century garden. Large and ornate patterns can be seen on the lawn of Chatsworth House in Derbyshire.

Nicknamed the Grand Parterre, the expansive garden dates back to 1699 and was once filled with flowerbeds and walkways. In 1730 the ornate landscape was covered with grass and because the new lawn has shorter roots, it burns faster. On July 26, Chatsworth recorded a temperature of 38.1℃ (100.6℃) – it was the highest on record for over 100 years, according to information on the historic house website.

Mesopotamian treasure: The urban center of a Bronze Age empire has reappeared in Iraq.

From a dried up area of ​​the Mosul Reservoir in Iraq this year, the ruins of a vast ancient city have surfaced. A team of Kurdish and German archaeologists has rushed to investigate the site of Kemune, an ancient city on the Tigris River that flourished under the Mitanni Empire from 1550-1350 BC. AD, Bronze Age.

The research team found ceramic vessels containing over 100 cuneiform tablets. The find could provide more details about the end of the Mitanni period city and the beginning of Assyrian rule in the region. “It’s close to a miracle that cuneiform tablets made of unfired clay have survived so many decades under water,” said Professor Peter Pfälzner of the University of Tübingen, who was part of the rescue excavations. to Kemune, in a press release.

In the high mountains of Norway, strange artifacts discovered by glacier archaeologist Lars Pilø and his team from the Glacier Archeology Program included an Iron Age woolen tunic as well as a Roman-style shoe and a Well-preserved arrow with fletchings still attached from the 300s to 600s. The arrow is a relic from a reindeer hunting site.

“With the continued melting of high mountain ice, we expect to see more sites appear and even older finds melt away,” said Pilø, whose team found thousands of Middle Age objects. iron and early medieval period on ice sites across Norway over the past 15 years. “We melt in time, as the ice recedes.”

(With help from Ngai Yeung)

FISHING PHOTOGRAPHY: HOW TO PHOTOGRAPH YOUR SURF FISHING | BDExterior