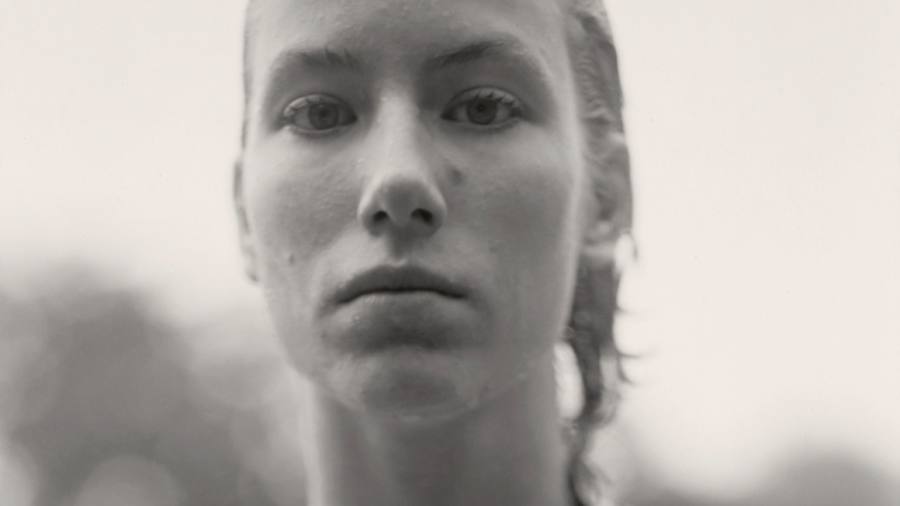 Here’s something I’ve always believed to be true about ordinary people: Inside each of us is a whole world, a universe of emotions and reactions, ambiguities and confusions. And yet, there is something in this jumble of things that we have inside of us that is honest. But only a small part of this is shown to the outside world. This inner world of our honest selves, in constant collision with the outer world, is what interests me as a writer of fiction, as well as my deep and constant desire to know what it feels like to be another person.

In the photographs of Judith Joy Ross, we get a glimpse of the truth about who the person she’s photographing is. And what a thing! To see with our own eyes the honest self of another! These photographs are breathtaking and glorious in their ability to capture the seemingly uncapturable. It must be Ross’ sense of wonder that allowed him to do this. His seemingly unfathomable sense of wonder and curiosity about what – for a moment – ​​it might look like this the person.

A man leans against a blackboard (“Mr. Adam Rutski, Spanish Teacher, Hazleton High School”). He is holding a piece of paper in his hand, and seeing him in this photo is anything but knowing him. His haircut, the tip of his nose in his profile, his tie, his pants—you can almost feel the fabric of those pants—all of this makes him deeply familiar to me. His gaze, which is not towards the camera, evokes a slight fatigue, a feeling of chronic weariness of the world, but also an acceptance of this destiny. I look at him and think I know him. Not because he reminds me of someone I know, but because he is himself.

In “Untitled”, taken at the Vietnam Veterans Memorial, Washington DC in 1984, we see the face of a young boy/man coming to terms with his position in the world, and Ross has captured something ineffable in the poignancy of this face. . The face is honest, it’s his face. I keep looking at that face and thinking, “Oh!” And what I mean by that is: So it’s you, it’s really, really you.

And how is Ross doing?

By caring deeply about their subject and letting that person know that they are non-judgmental, they are only there to experience it for a few moments, and thus gain their trust in a vital way.

Three young girls in bathing suits eat ice cream bars (“Untitled, Eurana Park, Weatherly, Pennsylvania”). These are their expressions, innocently delighted, it seems, to be in the eye of a camera, although the youngest seems more interested in her ice cream than the camera. But here’s what really kills me about this photo: their legs sticking out of their bathing suits. I stare and stare at these young girls and the bathing suits they wear. I can almost feel the way their costumes cling to their little bodies. It reminds me of when I was riding the subway in New York and I looked at a person in front of me and I was like, OK, his jeans are tight and stretch on his thigh, I know how that must feel. I was always trying, instinctively, to figure out what it was like to be that person. And those three girls in bathing suits remind me of my own acute curiosity.

Why is this important?

Because a love relationship unfolds before our eyes. I no longer have to imagine what I see in front of me, it is now given to me. The relationship is between Ross and the people she photographs, and then her relationship with us, the viewers. She said, “People became my subject — people’s lives! They were all strangers, but now I could know them.

And so we get to know them too. We can love them if we want.

Again, quoting Ross, “The two of us together – we make the picture . . . We could actually be in love for a few seconds. For me, it’s that fleeting moment of love that’s vital to his work.

Ordinary people, perhaps, but through his lens we can see that they are, in fact, extraordinary, like everyone else. Which brings me back to the beginning of my comments. We are sealed within ourselves and the countless unknown parts of ourselves.

And yet — and yet! Ross allows us to take an inside look at someone else’s honest part. That’s all we can expect in this world, this moment. Maybe that’s all we need.

For 40 years, Judith Joy Ross has been capturing scenes of everyday life on large format cameras. Her subjects — often working-class people in northeast Pennsylvania, where she is originally from and where she still lives — are children, teenagers, workers, anti-war protesters, members of Congress . His work has been exhibited in museums such as MoMA, the San Francisco Museum of Modern Art and the National Gallery of Canada. In 2017, she received the Lucie Award for Achievement in Portraiture.

‘Judith Joy Ross — Photographs 1978-2015‘ is at Le Bal, Paris, from March 16 to September 18, accompanied by a book published in English by Aperture. Elizabeth Strout’s novels include ‘Olive Kitteridge’ and ‘My Name is Lucy Barton’

Beyond Beyoncé fame, Awol Erizku expands what black art can be

Streaming: the favorite of the new platform StudioCanal presents | Movie