Souza, who had unlimited access to Obama and captured several famous photos, wrote “you can’t make this shit up” regarding the legal threat from celebrity/paparazzi agency Wenn Digital in an Instagram post. .

The picture (above) is from 2009 during Obama’s first foreign trip as president, and shows then-Secretary of State Hillary Clinton talking to Obama on a plane.

“Secretary of State Hillary Clinton had joined us on the plane, and she and her staff showed up in what’s called the staff cabin,” Souza says. “I took this photo from the hallway looking into the small cabin. A month or two later, we posted this photo on Flickr as part of a gallery on the President’s First 100 Days. In doing so, it immediately released the photograph into the public domain (there is no copyright involved in official White House photos).

Before getting into the incident, a few words about Wenn Digital. Readers may vaguely remember the name from 2018, when it dragged the Kodak brand name through the mud by licensing it to a blockchain image licensing platform, KodakOne, and a cryptocurrency, KodakCoin. It was an absolute train wreck that failed miserably.

That’s not all that has gone wrong for Wenn Digital lately. It was recently the victim of a “major cyberattack”, which “digitally decimated our more than 12 million photo archives”. 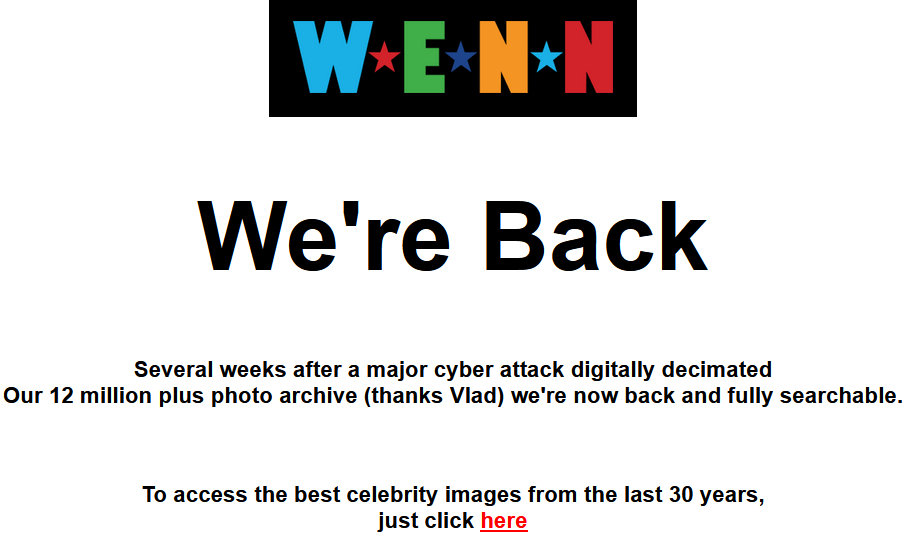 And now he’s sending baseless legal threats to one of the White House’s most famous official photographers and claiming he owns the copyright to his public domain image!

As Souza notes, public domain images are not copyrighted, allowing Wenn Digital to add these images to the archive in case a customer might be tricked into paying licensing fees.

A media outlet, for example, may track down a generic photo showing Clinton and Obama. Unaware that there is a large collection of free public domain photos, a quick Google search leads them to Wenn Digital’s version of the image. It’s a seemingly credible agency with the perfect image, so they shell out a few shekels for a low-res copy of the article.

It’s like the owner of a fruit shop taking free lemons left in front of someone’s house and selling them in the hope that customers won’t realize they could get them for free around the corner .

Wenn Digital isn’t alone in licensing public domain images. Getty and Alamy do, Corbis did, and it’s likely that many others are busy returning free stock photos. And why not? The business model is based on selling large quantities for small sums, so why not scrape all the valuable content that is available. It may be dishonest to insinuate that the agency owns the image licensing rights, but stock agencies aren’t exactly built on strong ethical frameworks.

Like other online copyright protection platforms, Copytrack automates as many processes as possible to reduce overhead. Similar to, say, TinEye or Good Images Reverse Search, Copytrack has a “High Performance Web-Crawler” that “searches millions of websites every day…and indexes millions of images to compare against the index Copytrack images”.

When a potential copyright infringement is detected, the platform sends an aggressive letter demanding payment or the matter may be escalated to litigation.

While someone who receives the wrong letter may be tricked into believing that a team of lawyers from Copytrack are working around the clock to build a case against them, the business model relies on scaring people into they pay quickly. Since most processes are semi-automated, the lack of human intervention or basic research means the letter is sent randomly/

Although these copyright protection platforms can help photographers who don’t have the time or energy to deal with copyrights, they have been heavily criticized for being “copyright trolls”. who use intimidation tactics.

Here’s an excerpt from the cover of a similar service, Pixsy:

The first call to action demands payment through aggressive emails. Pixsy is not a law firm, but attempts to shake up a payout by threatening costly lawsuits.
Intimidation tactics don’t always pay off. There are threads online about how Pixsy tried to “extort” hundreds of dollars from someone hosting a non-commercial website. Some said they negotiated the fee down, others paid, but many ignored it and eventually the problem went away.
Pixsy’s legal partners may refuse minor acts of image misuse, so Pixsy drops the case. Hey, at least the image is (probably) removed!

And of Getty’s notoriously blunt approach:

The upset may line Getty’s pockets with a few extra bucks, but it’s both inhumane and unreasonable. Even an American intellectual property lawyer, Kelly Keller, called Getty a “bully” who “exploits” copyright law.
High-priced law firm “Getty Images” bullied small businesses, website owners, bloggers, and more. event [with Getty] is a perfect example of a big company misusing copyright.
Keller explains how several of her clients received Getty’s letter and that she was unable to properly communicate with Getty about the dispute. Getty responded with automated templates and, in his view, this amounts to a refusal to negotiate or provide relevant details regarding the breach.

So back to Souza.

His message goes on to say “I received a notice from Copytrack on behalf of their client Wenn Rights International because I am using an image without permission for this photograph which Wenn claims to own the copyright.” I replied to Copytrack, and their response was that I am “legally obligated to indemnify our client for damages caused by this copyright infringement”.⁣
⁣
‘So to recap: I made this picture. It’s in the public domain. WENN authorizes the publication of this image. Copytrack is threatening to take legal action against me for posting this photo on my website because their partner WENN claims to own the copyright to the image.⁣
⁣
‘Like I said, you can’t make this shit up.⁣’

Wenn Digital told Petapixel the takedown notice is an “error”.

“Most photo agencies, including Wenn, receive PR photos from many organizations that appreciate having their images distributed to the media on their behalf. That would appear to be what happened in this case,’ said Lloyd Beiny, CEO of Wenn Digital. “Copytrack is employed by Wenn to research and solicit compensation for photographers whose work has been published without clear permission being granted. On this occasion, it seems that the photo in question ended up in a group of images pursued by Copytrack by mistake.

“I have informed Copytrack to immediately drop the matter and confirm this to Mr. Souza.”

The larger problem is that Souza is not alone in facing these threats. Getty made similar baseless legal threats to American photographer Carol Highsmith, over public domain photos she captured and donated to the US Library of Congress.

These are just two high-profile incidents. It is highly likely that image agencies and copyright protection platforms have received payment for “unpaid license fees” on other public domain images.