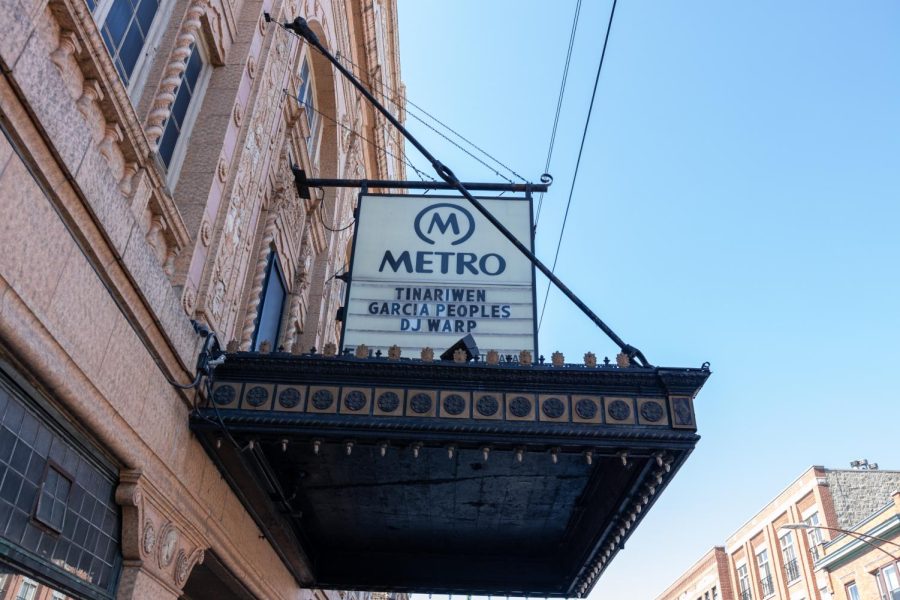 Gene Ambo didn’t plan to be a concert photographer. He started photographing groups of friends because he said it was “Much” more interesting than taking photos of cemeteries, “L” tracks and girlfriends.

Because Ambo does not have have access to groups of superstars, he found his place in the Metro Chicago, 3730 N. Clark St., filming up-and-coming bands like Metallica in 1983 and Motörhead in 1985.

“In my little world…I had everything I needed here,” Ambo said.

Ambo’s new photobook, “Heavy Metro: Access All Eras,” celebrates Chicago’s iconic location, which is owned by Columbia alum Joe Shanahan, with a portion of proceeds going to help Metro Chicago with funds from Save our stepsa COVID-19 relief fund for small businesses.

“The success of Gene’s book is due to the fact that it is about the subway. The hall’s community spirit results from people’s ability to celebrate music,” Shanahan said. “People came without even knowing which band was playing. If a band like Metallica was trying to find a place to play, they would consider where people go, and the Metro would come to mind.

Ambo said his awareness of how to make a living in photography solidified when he photographed Madonna on film during her “Who’s That Girl Tour” at Soldier Field in 1987.

“Soldier Field was a big deal, and at the time, she was one of the biggest entertainers on the planet,” Ambo said. “I was like, ‘If you can do this, you can do pretty much anyone.'”

While the first digital camera was invented in 1975 by Eastman Kodak, Ambo says it prefer cinema photo support rather than digital photo because he likes the quality of the film better.

“The reactions…there’s no shutter lag. You get immediate results,” Ambo said. “[Film is] much more expensive, obviously, and that was the common denominator of go digital because everyone wanted cheap production.

Ambo said the likelihood of an aspiring photographer reaching the top of the field today is more difficult than in the past as digital cameras have changed the industry by making photo taking more affordable and accessible.

“There are so many people doing it for free right now, it’s hard to be competitive and make a living,” Ambo said. “People will go out there and film their night and spend all their money doing it and give it their all with no restrictions.”

A self-taught artist, he says he learned by watching and working with other iconic concert photographers and visually inspecting their photos.

From the start, collaborating with superstar concert photographers has been key to expanding Ambo’s knowledge base.

The careers of Ambo and South Side native Shanahan were launched almost simultaneously. Shanahan, founder and owner of Metro Chicago, Smart Bar and Gman Tavern opened live music place in 1982.

Shanahan’s achievement in concert hall history is held in high esteem by many different groups. In 2013 he received an honorary degree from Columbia College Chicago presented by alumnus and WXRT radio host Marty Lennartz.

Shanahan said he left Columbia in his mid-twenties to open Metro and credits school friends for helping start his club, emphasizing how much Columbia means to him.

For Shanahan, the creativity it took to build his vision was what mattered, in addition to giving people like Ambo room to flourish. He said the impetus to build Metro Chicago reflected its interest in producing community-focused musical events to showcase the many varieties of music available in Chicago.

“I think the ungodly marriage of commerce and art has always been a very difficult thing to balance,” Shanahan said. “How does this make sense financially?”

Shanahan advised students who are are considering becoming music venue owners to take more business and math courses to ensure a smoother ride, rather than learning the hard way.