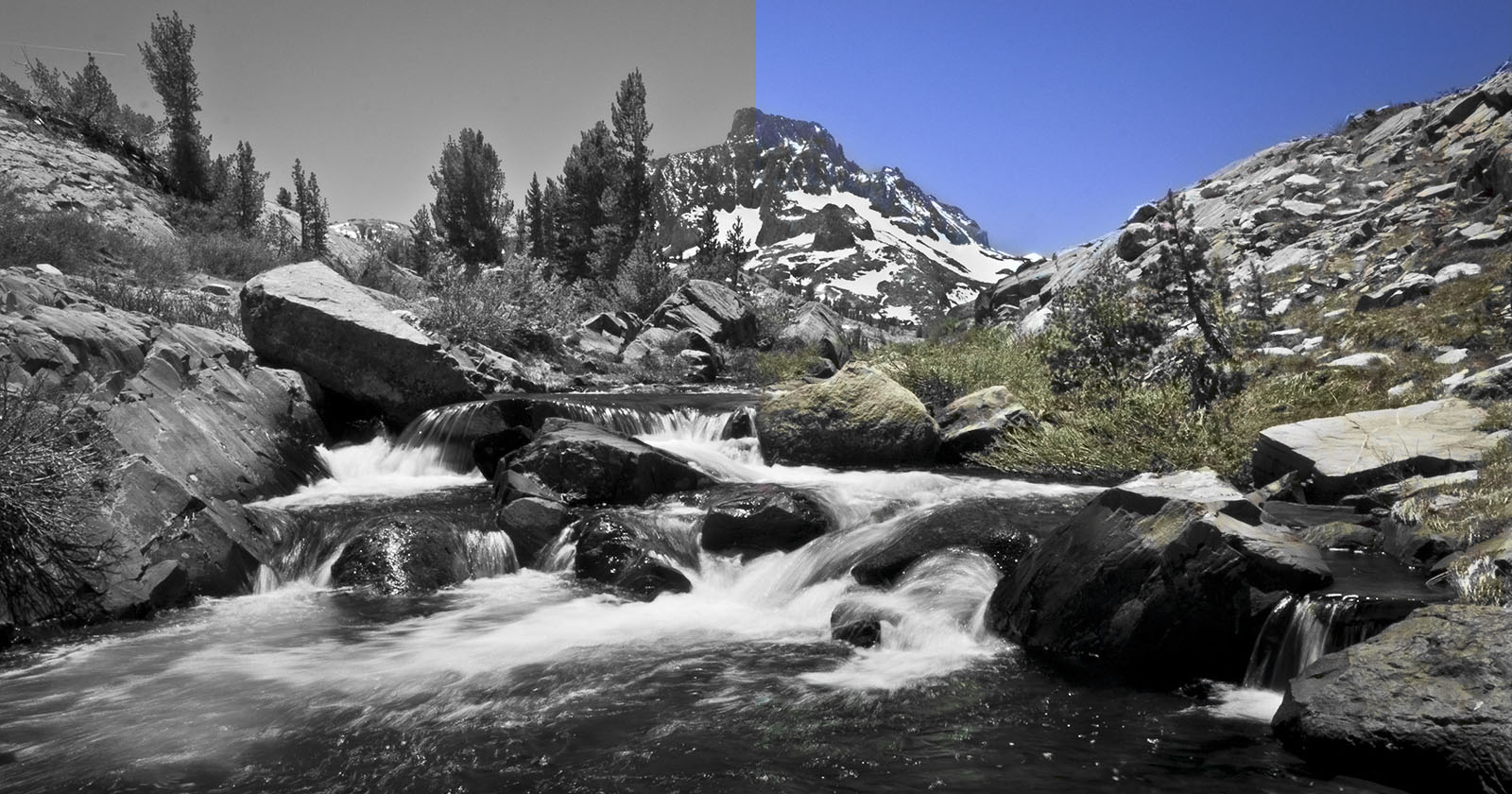 Colorization of B&W photos from yesterday to today, from oils to neural filters

The day after photography was invented in 1839, someone remarked that photographs were just shades of gray – there was no color. The inventors of photography knew this was a problem and probably hoped no one would notice. The paintings were brightly colored and if photography ever had to compete with painting, they had to contain color.

Even though many people worked on the problem over the years and several usable techniques were invented, successful and practical color photography would not be possible for another hundred years, until 1936, when the Eastman Kodak company introduced Kodachrome .

There were three-shot color cameras that produced three different images through red, green, and blue filters that could be printed using dye transfer techniques, as well as some rudimentary chemical processes, but the paint on the photographs turned out to be the most practical solution.

In the 19th century and the first half of the 20th century, black-and-white photographs were often hand-colored using colored chalk, colored pencils, or artists’ oils.

Oil became the most widely used, especially after manufacturers such as Marshall began formulating paint specifically for hand-tinted photographs. The paint was applied with cotton tips and could easily be mixed, removed, or applied in varying densities and levels of transparency. This was common practice in professional portrait studios until color negative film became good enough for professional results in the mid-1960s.

An added benefit was that the oil paint tinted photographs were permanent. Color films and color chromogenic prints made from negatives are very susceptible to fading and color change, sometimes in just a few years. Black and white films and prints are permanent because they contain silver, not dyes. The addition of permanent pigmented oil paint on top makes them even more impervious to time and the elements.

By the time Adobe Photoshop was introduced in 1991, the need to hand tint and colorize black and white photographs had been greatly reduced, but was still sometimes used for vintage photography or special effects. Colorists soon realized that the same techniques that worked with Marshall oils and cotton nibs could be used with Photoshop.

The basic idea is to create a separate color layer for each color, paint over the image using the brush tool, then use the standard hue/saturation, color balance tools and opacity to adjust each color individually. The big advantage of hand tinting with Photoshop over hand tinting with oils is that the photo can be saved, resized, multiple prints and sizes, and even different color versions can be created.

The latest versions of Adobe Photoshop use neural filters that use AI to analyze a black and white photo and colorize it in seconds. The Colorize button under Neural Filters examines the image and compares it to millions of other images to decide which colors should be in the photo we’ve selected.

The Colorize feature does a good job of recognizing faces and applying good skin tones as well as obvious skies, grass, etc. More complicated images with unusual subjects may not be as successful if we rely on neural filters alone.

We can also select areas of the image in the preview window and tell Photoshop which colors to use using the color picker. The output can be either a new colorized layer or a color-only layer. In any case, additional work is usually required. AI neural filters are improving rapidly and each Photoshop update gives better and faster colorization results.

Photoshop’s colorization feature gives perfect results about 10% of the time and totally useless results 10% of the time. The remaining 80% of the colorized images are now ready for some tweaking and finishing. Best practice is to continue by creating a new layer for each color as before and adding or adjusting the color as needed.

My experience is that the Neural Colorize button dramatically reduces the time it takes to colorize a black and white image, especially portraits. For example, if a professional colorist would take two or three hours to color a photo with oil paint, the seasoned professional using Photoshop and the brush tool could reduce the time to 45 minutes and with the Colorize function he could be finished in 15 minutes. minutes.

The usefulness of AI colorization

Photoshop’s Colorize feature can also be used to fix faded or uncorrectable color images. The illustration below shows an original image of singer Bekka Bramlett and saxophonist Deanna Bogart. The photograph was taken in club lighting which only had red and blue LEDs whose colors could not be corrected.

The first solution was to convert the image to monochrome using the Black and White adjustment layer. This made for a perfectly usable photograph. Then I colorized it using the Neural Colorize filter to get the results I wanted.

This technique is also useful when the original image is so faded or smudged that regular color correction techniques such as curve fitting or color balance fail. Usually desaturating the image first is a good idea but not always necessary.

When restoring old, faded, stained, or damaged photographs, the best practice is to first neutralize the smudges using a black and white setting. The tonal range can be adjusted with levels, curves or a camera raw filter. The Dehaze slider in the Camera Raw or Lightroom filter works well to bring back very faded images.

Then repair any damage using the Clone Stamp Tool, Spot Healing Brush, or the Content-Aware Fill Tool for missing parts. Once you have a clean image with good contrast and a wide tonal range, now is the time to try the Colorize button if the image needs to be colored. Apply additional color layers to add color and saturation and color balance layers to achieve the desired results.

Whether an image is black and white, natural color or a colorized version of black and white is a matter of choice and this is where the imagination of the artist is required.

Picture credits: Header photo by Jeff P and licensed under CC BY 2.0