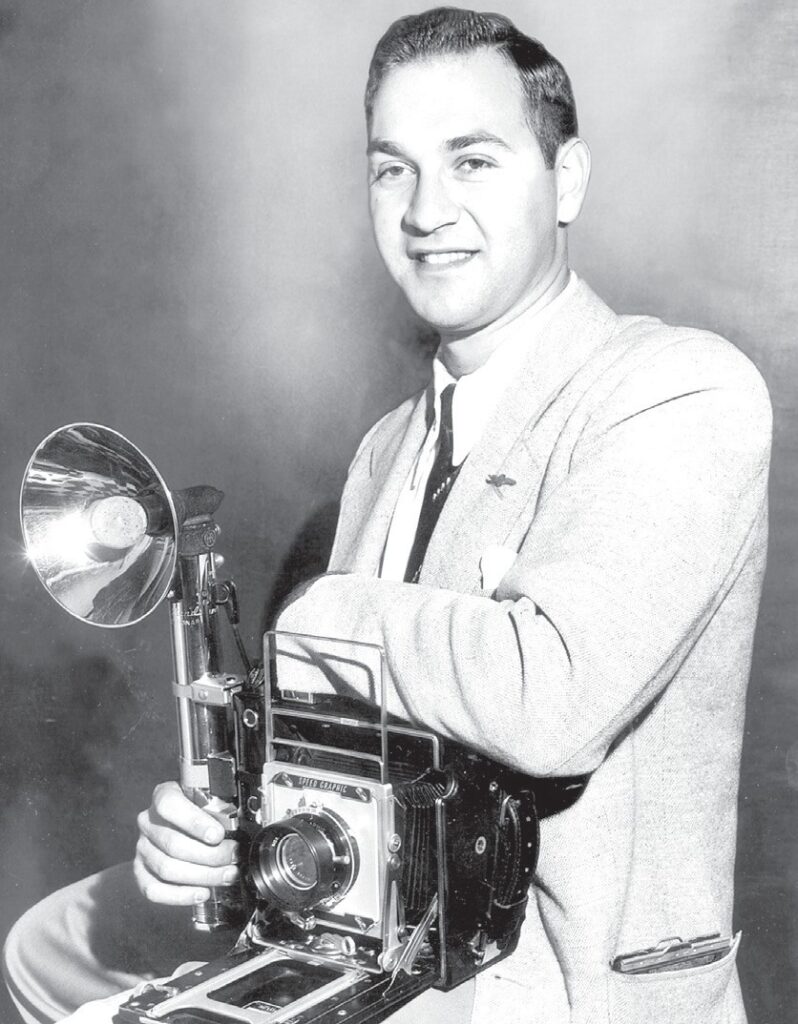 Cliff DeBear, US Navy veteran and longtime local photographer, at 92

When Cliff DeBear, an award-winning press day photographer, retired, he entered the offices of the newspaper for the Amityville Record, Babylon Beacon and Massapequa Post and offered his services. He said he wanted to be able to contribute to local news coverage. It was an opportunity for him to continue doing what he loved most: documenting people’s lives and events in their communities through photography.

“He loved what he did and did it with passion,” said his 40-year-old wife, Cynthia. “He didn’t just take a picture, he made sure it was the best shot possible; he was a real artist.

“Even after working at press day for decades he has nurtured a passion for photography and has done incredible work for us for over two decades,” said Al James, publisher of the Amityville Record, Massapequa Post and Beacon of Babylon. “Throughout this time he continued to strive for excellence in everything he did, maintaining a tremendous work ethic and bringing his sense of humor and an endless supply of jokes, some of which were bad. mood, in the office with him. We will miss him.

Clifford DeBear, a resident of Lindenhurst and a press day and local photographer for 70 years, died at Good Samaritan Hospital in West Islip on December 31. He was 92 years old.

Mr. DeBear began his professional career at press day in the 1940s. This work was interrupted when he served in the United States Navy during the Korean War. He served as a photographer on the aircraft carrier USS Palau.

He was born in Brooklyn and his family, which included his mother Beatrice, father Israel and brother Jason, moved to Massapequa, where he grew up. He graduated from Baldwin High School and after graduation worked for press day as a storekeeper in the traffic department and then as a photographer.

His photographs have captured heads of state including Harry Truman and Ronald Reagan, celebrities such as Marilyn Monroe, and streetscapes including aerial shots taken from helicopters and airplanes. His wife recounted how he once took a view of the Empire State Building workers from the top floor by strapping himself to a ladder and pointing his camera down.

His work has earned him numerous awards. He received the Sigma Delta Chi National Photojournalism Award from the Society of Professional Journalists, the Associated Press and the Long Island Press Photographers Association. His most iconic shot was an aerial view of Levittown, which was rapidly becoming a suburb after World War II.

Working primarily on movie day, DeBear could often be seen jumping on his motorcycle to deliver his movie from the Garden City office to news day film lab for processing.

“He was always keen to get it done quickly and meet deadlines,” his wife said.

“He was a nice man with a great sense of humor,” she said, adding that he had earned the respect of many officials and others because of the ethical way he worked. “He never wanted his photos to embarrass anyone,” she said. “He always wanted to present his subjects in the best possible light.”

His interests have expanded over the decades. He learned to speak Korean, was a helicopter pilot, learned origami, and became a skilled locksmith.

He was also a gun rights advocate who worked with his longtime friend and attorney Nicholas Gabriele to have concealed carry laws reinstated in Suffolk County in the early 1990s. 800 seniors who held legal concealed permits risked losing their permits and their guns as the country prepared to act on a 1963 state law that would end all existing permits.

“Cliff and I worked to circulate petitions to gun shops and gun shops and wrote to the 800 seniors who were at risk of losing their licenses, encouraging them to circulate a petition against the change,” said said Gabrielle. “He contacted local and state officials and spoke on behalf of gun owners before the Suffolk County Legislature. It’s really something he has achieved and for which he has never been recognized enough.

Gabriele first met Mr. DeBear when they were both working for news day, Gabriele at the traffic department. “I’ve always had an interest in photography and we just started talking and became friends,” said Gabriele, who later went to college and became a lawyer. “We always stayed in touch. He took pictures at my wedding when I got married and I took the pictures when he and Cynthia got married.

In addition to his wife Cynthia, Mr. DeBear is survived by six adult children from two previous marriages, one of whom predeceased him. His brother Jason also predeceased him in 1998.

Gainsborough’s Blue Boy: The Private Life of a Masterpiece