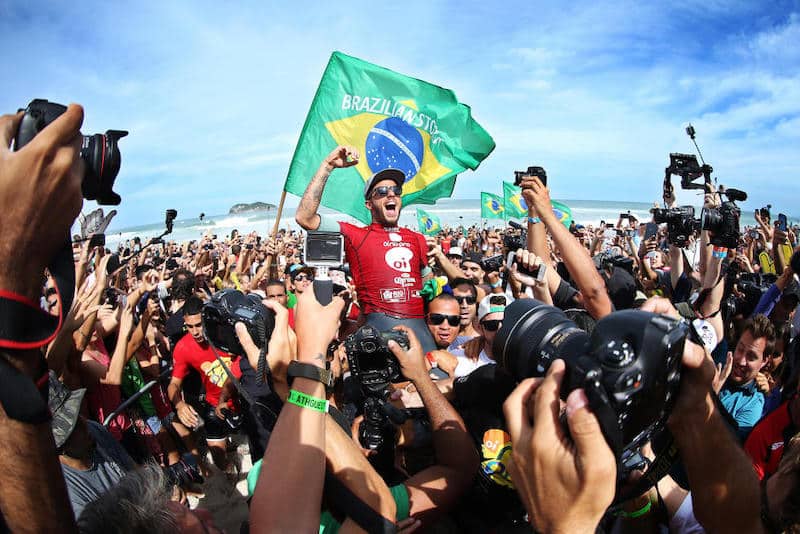 Brazilians head to the polls for a hotly contested election as the World Surf League signals its intention to tap the precious resources of a developing country for the windfall of the colonial era!

It is impossible to overstate the influence of Arty Brewer, the American surf photographer who, among other things, created the legend that surrounds the ssurfer Bunker Spreckels, died at the age of 27 after winning an inheritance of fifty million in six years.

“Without all those incredible photos of Brewer, we wouldn’t even be talking about Bunker Spreckels,” Warshaw told me a few years ago. “In many ways, Bunker was Art’s muse. He made Art a better photographer, helped bring out the genius.

Art, who is seventy-one and “considered the sport’s most naturally gifted surf photographer,” owned seventies, eighties, nineties in American surf magazines before split up to do more lucrative commercial work, though his surfing spirit still soared.

The Surfing Encyclopedia has a nice entry on art,

“Brewer’s size (he once weighed nearly 300 pounds) and his hot temper, meanwhile, further suggested the idea of ​​great, even explosive, creative talent. Sometimes Brewer played on his aggression. Asked to provide a self-portrait for a 1997 portfolio, “that big one-man elephant seal”, as described by surfing journalist Evan Slater, provided a green-tinted face, irregularly bisected, then glued and stapled together, with the handwritten caption: ‘Surf photography constipates me!’ »

But also: “Brewer’s eye for color and framing is unrivaled in the world of surfing, and much of his best work has been done as a portrait painter, when he has absolute control over light, texture and mood.”

Art has been in the intensive care unit at UCLA since July after a liver transplant.

And, this being in the United States, his family is overwhelmed by medical bills. In a GoFoundMe set up for Brewer, Nena Cote writes,

Art recently experienced life-threatening medical issues that have become a significant financial burden and stress on his family. I organized this fundraiser to help pay for medical bills and ongoing care. The bills are exorbitant with his prolonged hospitalization and specialized intensive care… the first bill received exceeds 250K (with insurance!)

A wanted fifty, thirty-two in the bag so far.

Throw a shekel or two here.