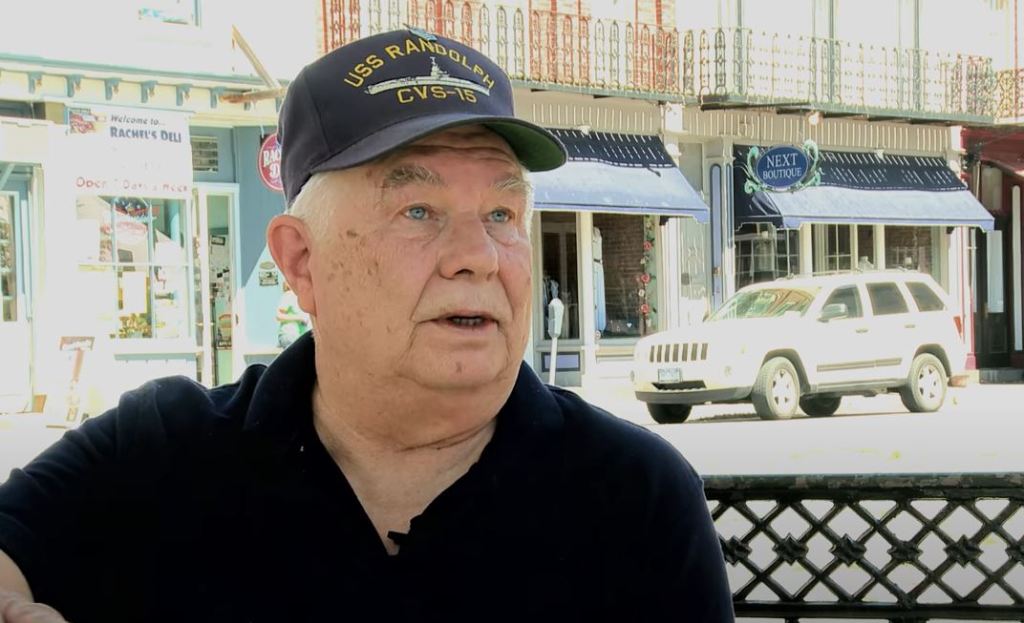 Haines retired from the Freeman in 2006 after 39 years of career capturing the ups and downs in both Kingston and the Mid-Hudson area, starting in 1967, when the newspaper’s headquarters were still located in a historic building at the foot of Broadway that now houses the restaurant and Mariner’s Harbor apartments.

Over the course of his career, Haines has photographed everything from local business ribbon cuttings to the Bill Clinton-Boris Yeltsin mini-summit in Hyde Park in 1995. He has taken pictures of movie stars including Dustin Hoffman and Jessica Lange, who were in Ulster County filming the movie “Tootsie”. “, and Barbra Streisand and Walter Mathou, during the filming of “Hello Dolly”. He even got the chance to photograph his childhood idol, Mickey Mantle, lamenting that he didn’t think to ask anyone to take a picture of him with the baseball great.

In the 2021 interview, Haines recalled the transition from 35mm film to digital photography and how no longer having to wait for the film to develop in a darkened room eliminated the guesswork of capturing the essence of the person or the situation.

“The hardest part was getting the attitude that I wanted to create, to show the vibe of what was going on,” Haines said last year.

“I was always behind the camera, never in front of the lens,” he said in a interview 2021 as the Freeman celebrated its 150th anniversary.

Sports games in high school, he said, were his favorite assignments. “I didn’t know anything about sports,” he said, “but I loved the action.”

“It was part of the job, I guess, you never knew overnight what was going to happen,” Haines said, laughing that he knew all the politicians in Freeman’s four-county coverage area by their first name.

Haines said in the 2021 interview that his toughest assignments were photographing people during the darkest times in their lives, like fatal car crashes, fires where families lost everything, or taking pictures people accused of crimes or people grieving the loss of loved ones.

After graduating from Kingston High School in 1959, Haines served in the United States Navy from 1959 to 1964. During his service, he said he admired photographs of aircraft landing and taking off from aircraft carriers.

He then took a course at a naval photography school which turned into a job as an aerial photographer.

A lifelong rail enthusiast and history buff, Haines first picked up a camera to document the dieselization of the region’s railroads in the 1940s, snapping photos of the steam locomotives his father Hildreth drove before they do not permanently disappear from the rails of the region.

Later in retirement, he collected rare photographs from the 1800s.

Many photos of Haines have been featured in various Blausweiss Media documentaries and books documenting Kingston’s history, such as Baluweiss and Karen Berelowitz’s book “The Story of Historic Kingston”.

“I could not have done any local history work in Kingston without the participation of Bob Haines,” said Stephen Blauweiss.

Blauweiss said he first met Haines while working on the documentary “Lost Rondout: A Story of Urban Renewal,” and he could always count on Haines to find another photo or treat on the history of the area like the Seal College as soon as he called.

“He let us use what little footage we had of the Cornell Building demolition,” Blauweiss said.

Blauweiss said Haines and Gene Dauner documented the final routes of the Ulster and Delaware and Wallkill Valley railroad branch lines. He noted that Haines’ enthusiasm for trains extended to the Kingston Model Railroad Club, where he constructed many buildings. Haines is even featured in the Blauweiss Media short “Kingston Model Train Club.”

“There will be no more assignments,” Haines said in a September 2006 interview at the time of his retirement. “It’s kind of depressing. … It’ll be like, ‘Now what, coach?’