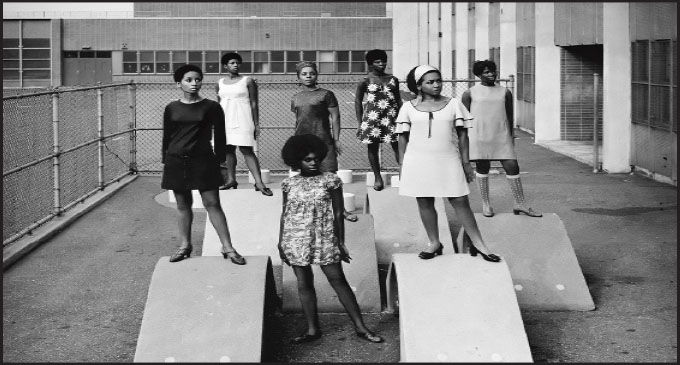 Black is beautiful: the photography of Kwame Brathwaite

“Black is Beautiful: The Photography of Kwame Brathwaite,” an exhibit that focuses on Brathwaite’s work during the second Harlem Renaissance, is on view at Reynolda House Museum of American Art through May 5.

At the height of the civil rights movement, at a time when segregation and unjust laws prevailed in the United States, Kwame Brathwaite, who was inspired by the writings of Marcus Garvey, used photography to effect social change at the late 50’s and 60’s. He also popularized the term “Black is Beautiful”, which is still popular today.

Thanks to the staff of Reynolda House and support from other organisations, locals will have the opportunity to learn more about Brathwaite and explore some of his works. Black is Beautiful: The Photography of Kwame Brathwaite, an exhibition which focuses on Brathwaite’s work during the second Harlem Renaissance, is on view at the Reynolda House Museum of American Art through May 8.

In 1956 Brathwaite and his brother Elombe founded the African Jazz Art Society and Studios (AJASS), a collective of artists, playwrights, designers and dancers, which produced concerts and art exhibitions in various locations, which gave Brathwaite the opportunity to hone his photography skills.

A few years later, the brothers established Grandassa Models, a modeling agency that focused on natural black beauty and challenged white beauty standards. Grandassa models have been featured in various fashion shows and other events held in Harlem that were created to build racial pride and promote African American culture, poetry, and art.

By the 1970s, Brathwaite was known nationwide for his work. His shots have helped shape the image of major celebrities like Stevie Wonder, Bob Marley, James Brown, Muhammad Ali, The Jackson 5 and countless others. Brathwaite also wrote and photographed several milestone events.

Today, 83-year-old Brathwaite lives in New York. He is married to Sikolo Brathwaite, a former Grandassa model. She continues to advocate for the empowerment of black women and their son, Kwame S. Brathwaite, is the director of the Kwame Brathwaite Archives.

The exhibit, which was curated by the Aperture Foundation, includes more than 40 iconic photographs of black men and women with natural hair and clothing who have reclaimed their African roots. The old saying goes “a picture is worth a thousand words” and with messages in his work like “Buy Black” and “Black is Beautiful” it’s clear that Brathwaite’s words are still relevant over 60 years later.

In addition to Brathwaite’s photographs, the exhibition also includes clothes worn in fashion shows as well as a selection of ephemera.

While leading me on an impromptu tour of the exhibit, Allison Slaby, curator at the Reynolda House Museum of American Art, said that when she first saw the Brathwaite exhibit flyer, she knew it was something she wanted to bring to Winston-Salem. Slaby described Brathwaite as someone who is a master of his camera and “technically brilliant”.

“We had worked with Aperture before, so when they were working on the Brathwaite show, they sent us the flyer and we thought it would be a perfect fit for us,” Slaby said. “I think it was just the strength of the work… when you see images like this you know it’s something you want to have in your museum.”

After showing me some of his favorites, Owens Daniels, a local visual artist and photographer, said it was liberating to see Brathwaite’s work. Daniels said, “For the first few moments, you just sit there because you don’t know where to start.

“When you look at this and you’re a black photographer and you’ve come to this time…and you understand black nationalism and Garveyism and the culture, it’s liberating,”

For more information about the exhibit, visit https://reynolda.org/museum/exhibitions/black-is-beautiful-the-photography-of-kwame-brathwaite/.

The rise of “immersive” art