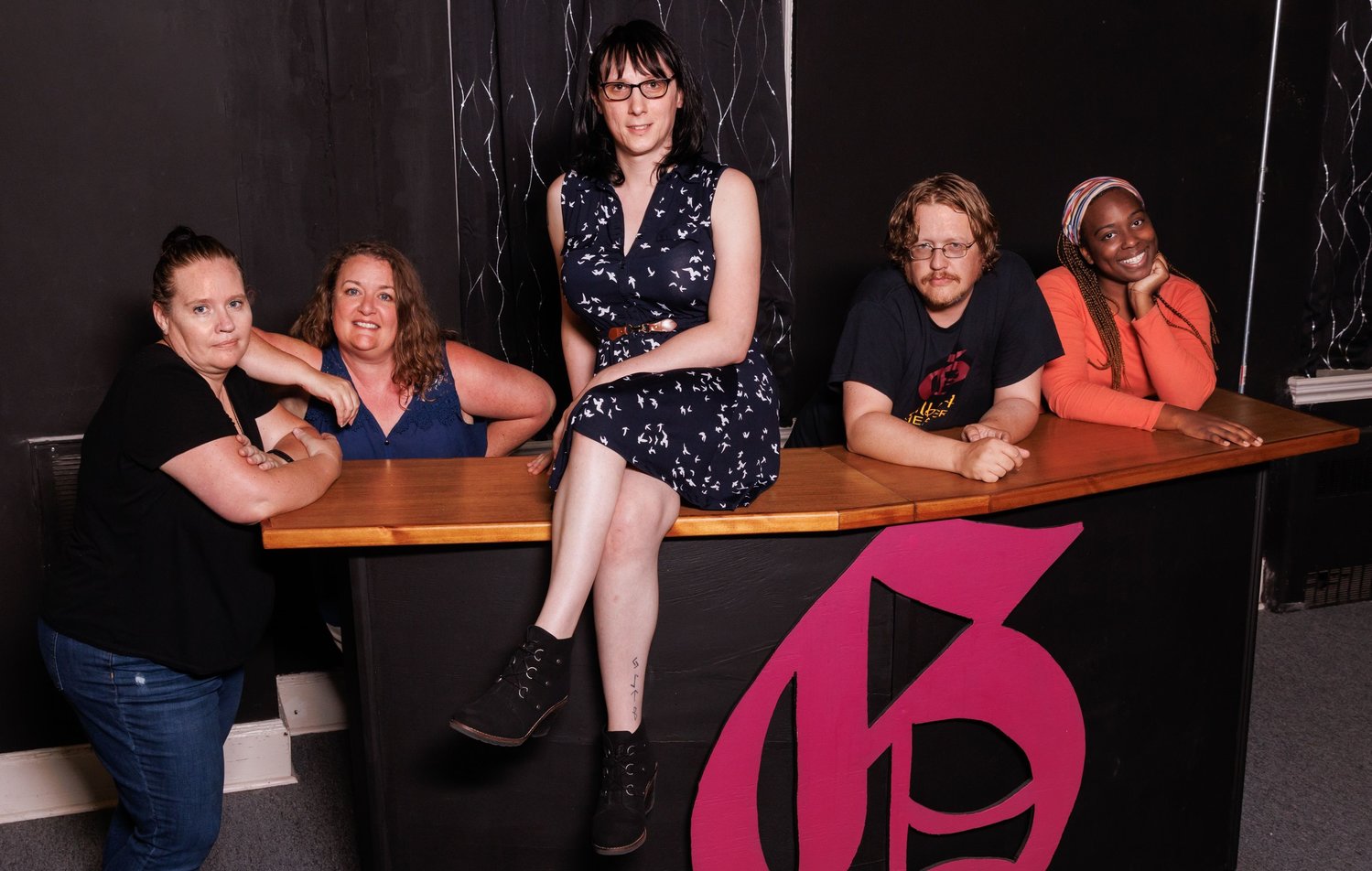 Theater companies, music groups, museums and other arts programs have recently received grants from the Fayetteville-Cumberland County Arts Council, many to support their 2022-23 performing seasons.

Other nonprofit groups and individual artists received “mini-grants” for art projects through December.

Bob Pinson, interim president and CEO of the Arts Council, said in a press release that the funding was being channeled to a wide range of arts organizations.

“…We are penetrating deeper into previously underserved areas of our community, as evidenced by the many new applicants this year,” Pinson said.

In 2021-22, the Arts Council distributed nearly $1 million in grants to nonprofit arts and culture organizations, artists and municipalities in Cumberland County, according to the release.

The Gilbert Theater received a $30,000 grant to support its new season. Shows scheduled for 2022-23 are “The Man Who Shot Liberty Valance”, “The Sound of Music”, “The Complete Works of William Shakespeare (Abridged)”, “All in the Timing” and “[title of show].”

“As we rush into our 30th season, I can only hope that we will be able to secure and expand the legacy left to us by Lynn Pryer,” artistic director Lawrence Carlisle III said in a statement. Press.

Pryer was the founder of the Gilbert Theatre.

Sweet Tea Shakespeare received a $27,500 grant for its new season. The funding, according to a press release, includes Green Tea, a Shakespeare company for young people.

“Storytelling and music allow listeners of all ages to use their imaginations as they explore, discover and learn,” Library Director Faith Phillips said in a press release.

Cape Fear Studios received a $7,200 grant to help with a 32nd season of art exhibits that includes the National 2D Competition, the Alpha Romeo Tango Call for Military Artists, and Cabin Fever, among others.

A $3,500 cultural tourism grant will support “Courage and Compassion: The Legacy of the Bielski Brothers,” a temporary exhibit at the Airborne & Special Operations Museum.

“On loan from the Florida Holocaust Museum, ‘Courage and Compassion’ is a multimedia exhibit showcasing the heroic efforts of three brothers who helped save more than 1,200 people from the Nazis during World War II as they took refuge in the forests surrounding Novogrudok, Belarus,” says Renee Lane, executive director of the downtown museum, in a press release. “The Bielski brothers led the group in acts of sabotage and defense against the Nazis and through their leadership, the group survived famine, harsh winters, and the threat of the Nazis and their collaborators.”

The exhibition is on loan until November 3.

The Cape Fear Museum Historical Complex Foundation has received an $11,000 grant to support its “History LIVE!” to the 1897 Poe House series,” which includes historical re-enactments, artist demonstrations, musical performances and live theater. Additionally, the museum received $5,000 for its monthly “History-to-Go” kits, which are free for children visiting the museum.

“The Canada Council grant allows us to provide engaging historical entertainment by incorporating living historians, artists and performers representing the diversity of our community and our collective history. Grants and other donations allow us to offer this programming free or at minimal cost to the public,” History LIVE! said coordinator Megan Maxwell in a press release.

Other museum programs supported by the Arts Council grant include “Hallowe’en Revels: Night Tours of the 1897 Poe House,” scheduled for October 20-22 and October 27-28; “Trick or Treat at the Poe House,” Oct. 29, with a magic show, wagon rides, and carnival games; “Holiday Jubilee”, December 4, with the Coventry Carolers and Cross Creek Chordsmen; and a new program, “A Night of Mystery,” which will be presented in April 2023 in partnership with Théâtre Gilbert.

Cumberland Choral Arts’ 31st season, “Connections,” has received an $8,000 grant, according to a press release.

“The Arts Council’s continued support over 31 years has enabled the CCA to pursue its mission of bringing exceptional choral music to Fayetteville and the surrounding Sandhills area,” said CCA President Sandy Cage. , in a press release.

The choral group performs four concerts a year at local venues and extends its reach throughout Cumberland County through its affiliated Campbellton Youth Chorus.

The concerts scheduled for the coming year are “The Sacred Veil”, October 15; “The Messiah” with the Fayetteville Symphony Orchestra, December 10; “Lift Every Voice and Sing”, in February; “Ear Candy! That’s what we’re doing,” March 24; and “The World Beloved: A Bluegrass Mass,” May 20.

An additional grant of $3,500 was awarded to support the Campbellton Youth Chorus program for ages 9-14 in Cumberland County.

The choir gives young singers the opportunity to learn and play music with children from other neighborhoods, schools, traditions and faiths, according to a press release from Cumberland Choral Arts.

The Culture and Heritage Alliance has received a $12,150 grant to support the sixth annual Africa World Peace Festival, scheduled for September 9-11 in the downtown Cool Spring neighborhood.

In a press release, the group says it celebrates all cultures with a focus on Africa through exhibitions of music, dance, food and art.

The festival will feature more than 60 films, Q&A sessions with filmmakers and special events, organizers said.

In July, the Arts Council awarded $31,801 in grants to six nonprofit organizations and nine individual artists in Cumberland County for local arts projects scheduled through December.

A total of 43 applications were submitted requesting over $80,000 to fund arts, culture and history projects. A panel of artists chaired by Kenjuana McCray reviewed the applications and recommended the award of 15 grants.

The total of $31,801 is the highest amount awarded in a single round of mini-grants, said Sarah Busman, head of arts education for the Arts Council, in a press release.

“These projects demonstrate the artistic excellence and innovation that we consider two of our core values,” Busman said.

The mini-grants program, created in 2019, awards $500 to $3,000 to arts programs and is supported in part by the City of Fayetteville, Cumberland County and the NC Arts Council. The next application deadline is September 15.