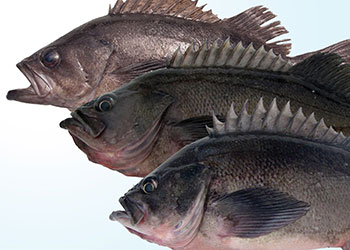 PORTLAND, Ore. (KOIN) – The University of Oregon and the University of Oklahoma prepare to face off in the Alamo Bowl on Wednesday, but at a research site in Alaska the two universities have been working together in the hand .

University of Oregon archaeologist and professor emeritus Madonna Moss and Brian Kemp of the University of Oklahoma are conducting research at a place called Coffman Cove on Prince of Wales Island in Alaska. Together, they work to identify ancient species of rockfish found at the sites of an ancient Tlingit village.

Moss said people lived there 5,000 years ago and that some of the bones they collect are several thousand years old. This means that many bones deteriorated, making it difficult to know what specific species of fish the tribe was eating.

â€œYou will see some of the photographs of these bones which look like pieces and which are very small. They’re little pieces of bone, â€Moss described.

But with the technology available, researchers like Kemp can still determine the species. He directs the Laboratory of Molecular Anthropology and Microbiome Research at the University of Oklahoma. He and his team can take fragmented DNA samples, sequence them and compare them to contemporary redfish species.

The results gave Moss and Kemp a better understanding of how the Tlingit fished.

For example, some species of rockfish found at the site live in deep water, meaning that thousands of years ago the tribe used longline fishing methods to catch them.

Moss said they could have made these long lines from kelp stems or cedar rope.

“To have a line 50 meters long is a huge amount of work just to make the line and it doesn’t even talk about the hooks and boats, but just the fishing lines themselves to reach the water fish. deep is a pretty incredible achievement, “she said.

DNA assessments surprised Moss and Kemp in other ways. Some species are not abundantly local in the area near Coffman Cove, indicating that some rockfish species may have migrated due to environmental factors.

Three of the species they found are highly K-selective, meaning they grow slowly, mature late, and live long lives. Some can live for more than 200 years, Moss said. These characteristics make the species vulnerable to overexploitation by commercial fishing operations.

There are approximately 100 species of rockfish in the North Pacific Ocean. Moss and Kemp’s research identified eight species from Coffman Cove.

She said rockfish are an interesting genus to study because some of them live so long. She said she was excited to be working soon on another project with molecular anthropologist Courtney Hoffman of the University of Oklahoma, who plans to study the genomes and longevity traits of some of the fishbones found. at Coffman Cove.

Moss said this could be valuable information for humans, who are looking for ways to live longer.

â€œIf you want to live to 200 years, your system has to be ready to repair DNA in a different way than rockfish that lives 11 years,â€ she said. â€œSo they’re looking at the actual genes that determine those long lifespans. ”

Moss said the importance of the research she and Kemp is currently conducting at Coffman Cove may not be fully appreciated now, but it could prove useful to others in the future, when the humans will know more about rockfish.

For now, Moss looks forward to continuing his research on rockfish and other fish and animals in the Pacific Ocean. If the Ducks lose the Alamo Bowl, Moss said that wouldn’t be what ends his collaboration with the University of Oklahoma.

â€œAs for the Oklahoma Sooners and the U of O Ducks, I’m a very loyal fan of the Ducks, but not to the point of jeopardizing my relationship with my colleagues at the University of Oklahoma,â€ he said. she declared.

The University of Oregon said Moss and Kemp will publish their findings in an article in the journal Archaeological and Anthropological Sciences.

The Oregon Ducks take on the University of Oklahoma Sooners at the Alamo Bowl on Wednesday, Dec. 29 at 6:15 p.m.

“It could explode at any time”: photographing the gang war in Haiti | Photography