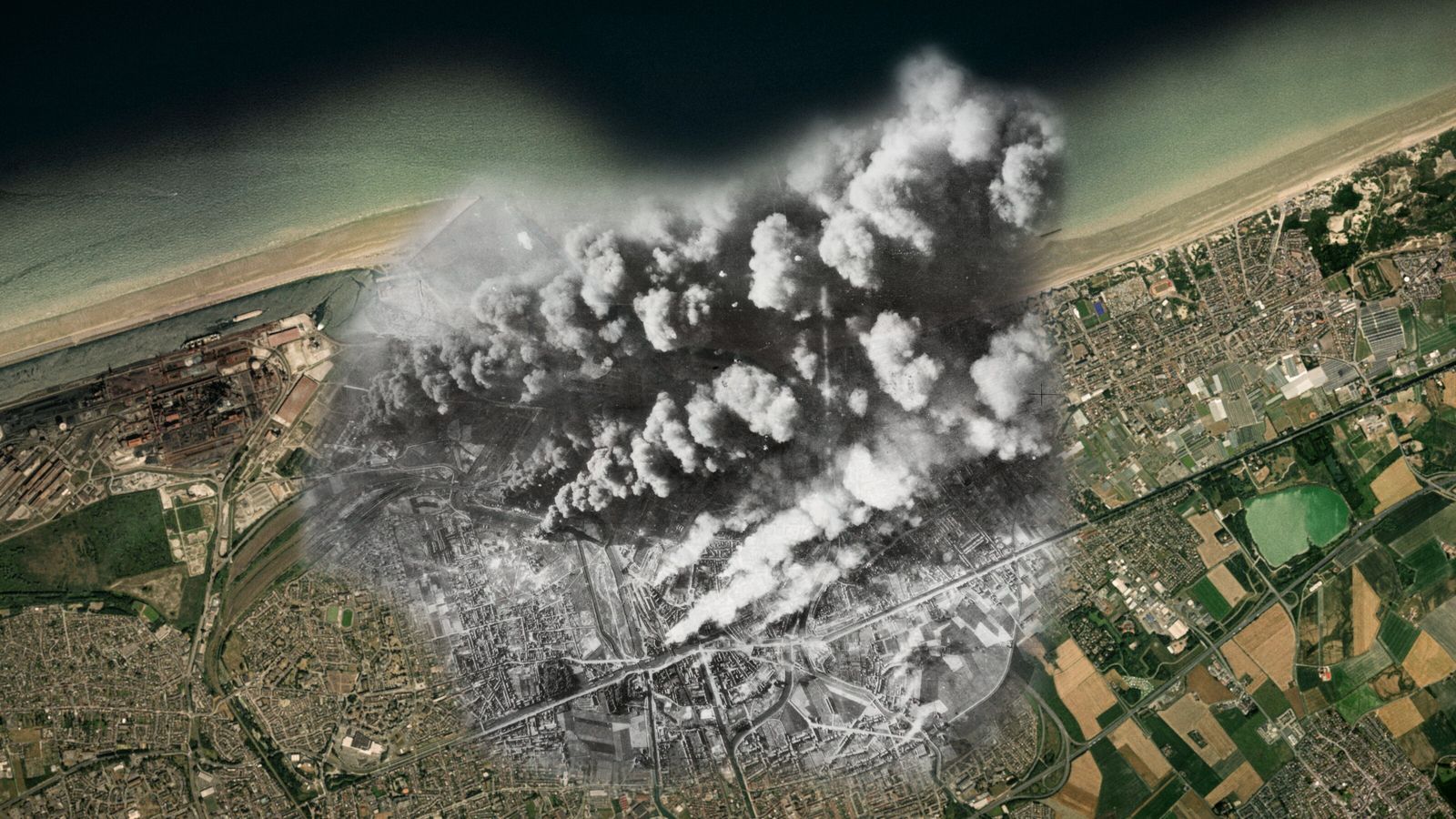 Also known as the “parallax effect”, this technique is used to give two-dimensional images the illusion of depth using a combination of digital layering and forced perspective. When lined up precisely with archival photographs, the effect is uncanny, providing an almost seamless bridge between past and present. “When there were no unique objects in a photo to allow an exact match, we matched the framing and elements of the original photographs,” Shipley explains. “For example, pebbles in the foreground on one of the landing beaches.”

A similar process was employed using aerial photography, which was overlaid and blended with up-to-date satellite imagery, and finally – perhaps most strikingly – film reels, which were combined with modern video footage.

Interspersed are historical insights and witness audio accounts of the original events, which Shipley says allow “a unique glimpse into the past – and a reminder that we continue to live in and around all of these sites where the epic events of The Second World War has taken place.

Sometimes the effect is so compelling that the viewer isn’t quite sure if they’re looking at archival and what’s modern. A reminder if it were needed that, although nearly 80 years have passed since its end, millions live alongside the physical legacies of the war to this day – even if they don’t know it .