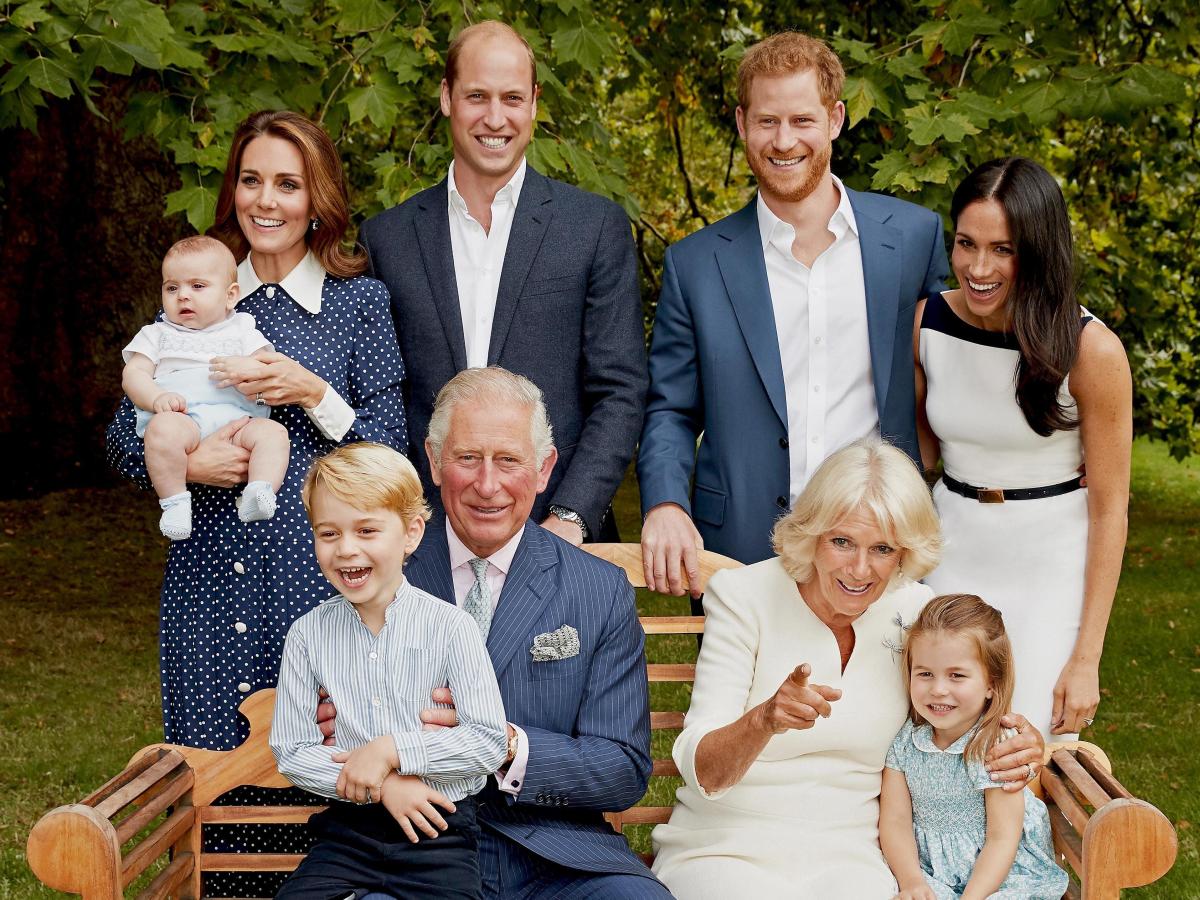 “I was very lucky to do a project with the Prince of Wales for his 70th birthday,” Jackson said. “I photographed the prince extensively behind the scenes at his 70th birthday, and that culminated in this family portrait in the gardens of Clarence House, which was truly an honor to take. I love that special moment when the family enjoys clearly themselves and it’s just a lovely, relaxed moment.”

After the official portrait, he also took a photo of Prince Charles holding Prince Louis.

“A lot of my work as a royal photographer is about capturing that formality, the pomp and ceremony that makes royals royals,” Jackson said. “But it’s very special to capture these beautiful family interactions. It’s definitely the thing that I appreciate the most and that really puts a smile on your face.”

Jackson took a traditional first day of school photo with Prince William and Prince George in 2017.

“It was really nice capturing that moment with Prince George,” Jackson said. “I love his flippant expression, and it’s obviously an exciting time for him.”

He caught Prince George peeking into Princess Charlotte’s pushchair during her christening in 2015.

“I love the unexpected nature of this moment, and it’s just so sweet,” Jackson said. “The nice thing is he’s actually on his tiptoes, trying to peek and get a glimpse.”

At the same event, Queen Elizabeth leaned over to speak to her great-grandson.

“It was a lovely moment – a bond between the generations here, Prince George talking to the Queen,” Jackson said. “Of course, no one really knows what they’re talking about, but he clearly seems quite curious. I loved the interaction between the two of them, and it’s quite rare to see those family moments.”

He captured a tender moment between Prince William and Prince George while visiting a zoo in Sydney, Australia in 2014.

“As any father knows, you kiss your son multiple times a day. But it’s pretty rare for me to capture a moment like this, as a royal photographer,” Jackson said. “It was one of the most poignant moments of the royal tour and something a little quieter, which is unusual.”

Jackson said the Highland Games in Scotland are one of his favorite royal engagements because “it’s a great opportunity to photograph the Royal Family at an event where they’re quite relaxed.”

“A lot of times you look at the Queen and the Prince of Wales, and you almost forget they’re mother and son,” Jackson said. “So to see them at an event like this, clearly having fun and feeling relaxed, it reminds me of those family ties and that relationship.”

Read the original article at Initiated

FLASHBACK: Aerial shots from the 1980s show the industrial might of ‘The Great Float’