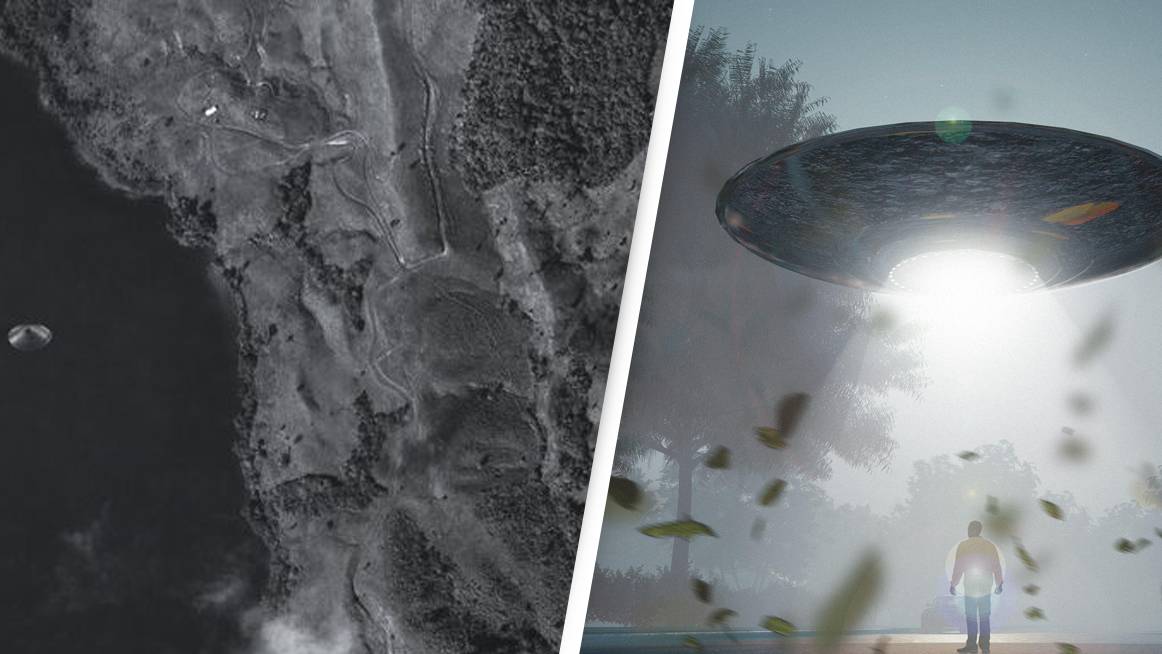 A high-resolution image appearing to show a UFO has been released more than 50 years after it was taken from the skies above Costa Rica.

Anyone interested in the idea of ​​aliens will be all too familiar with the squinting at blurry images claiming to show UFOs, but it’s hard to miss the disc-shaped object seemingly flying overhead. water in this particular shot.

The image was originally taken by an automated camera used by the National Geographic Institute of Costa Rica in 1971, when aerial photographer Sergio Loaiza flew 10,000 feet above the ground to capture images for a map.

Another fun fact. The heart-shaped Cote Lake was a very sacred place of pilgrimage for the shamans of the indigenous Maleku tribe in Costa Rica. A place of Gods and Spirits 😉

I go around the place of the UFO photo pic.twitter.com/oqk4FPc0pC

Black and white photographs were taken 20 seconds apart, and in one image a strange object could be seen hovering over Cote Lake at 8:25 a.m. local time.

Studies of the image were conducted by Costa Rican ufologists Ricardo Vílchez, Dr. Richard Haines and Dr. Jacques Vallée, all of whom concluded that the image was not the result of double exposure or fabrication. deliberate.

A high resolution version of the image has now been posted by Esteban Carranza, a Costa Rican who describes himself on Twitter as a “UFO lover”.

According to UAP Media, Carranza obtained a “contact” copy of the original image of her late uncle, who died last year. The uncle had already obtained the image in the late 1970s or early 80s from the National Geographic Institute.

Carranza sent the negative to Michael Strickland Photography‘s photo lab in Kansas, where a Tango drum scanner was used to produce a very high quality scan that was 1.7 GB in size.

In a post on Twitter, Carranza explained that he “met people from the National Geographic Institute and tracked the technician in charge of the camera in 1971” as part of his effort to create the high-resolution image l year, and explained that there was “no reason” for it to remain on his desk.

“Disclosure is a team effort and everyone should have that image,” he added.

I did this hi-res scan last year, met some folks from the National Geographic Institute, and tracked the camera technician back to 1971.

But there’s no reason for the image to stay on my desktop. Disclosure is a team effort and everyone should have that image. https://t.co/pXUPOPVP4t

Investigative journalist and UFO researcher Leslie Kean previously described the image as “probably the best photograph ever taken of a UFO”, according to Costa Rica News.

Kean added: “This was taken in the 70s from a government mapping plane in Costa Rica which had a camera strapped to the bottom of the plane and it was like roaming the terrain.

“There was this disc object and you can clearly see the sun reflecting off this round object which has a little dot on top and the important thing is that it was a government photo. There is a clear chain of custody .It has always been in the possession of the Costa Rican government, so you know it is authentic and therefore completely unexplainable.”

Studies of the image have determined that the object has an estimated diameter of 120 to 220 feet.

Do you have a movie? A black-owned camera store in Bushwick has you covered: Bushwick Daily

Do you have an adjustable rate mortgage? Here’s what rising interest rates mean for you